Seems as if I returned after winning World Cup: Imran

Seems as if I returned after winning World Cup: Imran 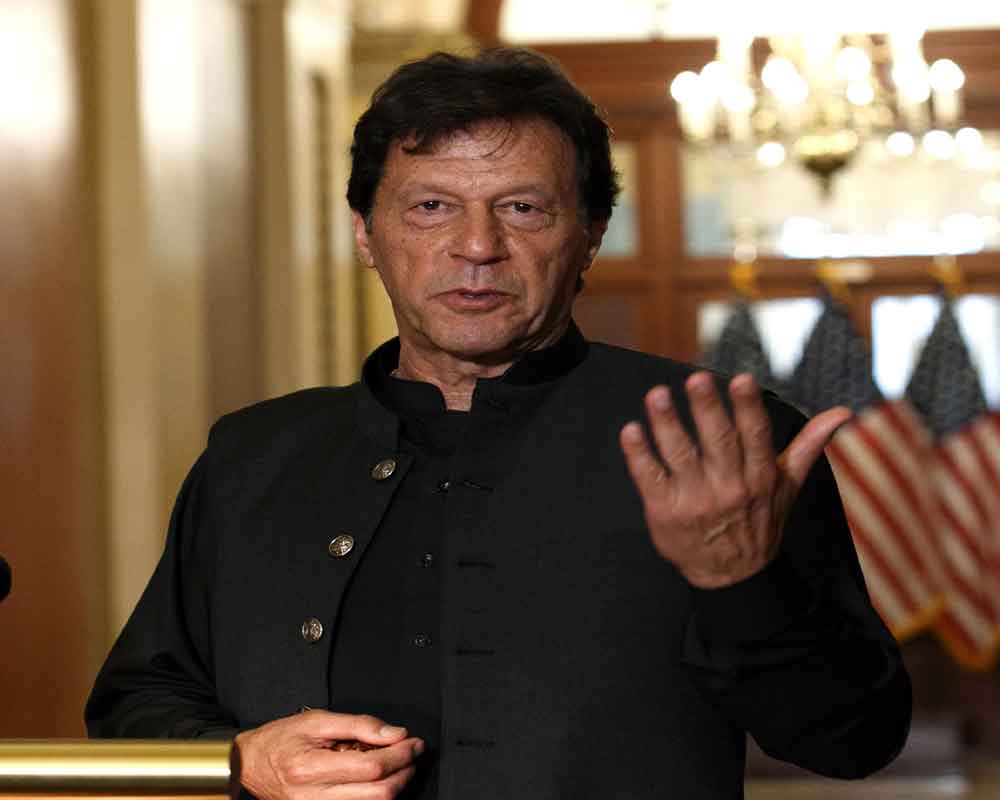 Pakistan Prime Minister Imran Khan received a warm welcome from his party workers as he returned from his first official tour to the US and said it seems as if he came back after winning the World Cup.

The Pakistan Tehreek-e-Insaf (PTI) chief had embarked on a three-day visit to Washington to reset the tense bilateral relations. He held talks with US President Donald Trump at the White House on Monday and also met US Secretary of State Mike Pompeo.

Upon Khan's return to Pakistan on Wednesday night, many senior PTI leaders were present to welcome him at Islamabad International Airport.

Speaking to media, the jubilant Prime Minister said that it seemed to him as if he was returning to the country after winning the World Cup and not from an official visit.

Addressing his supporters, Khan said: "We have to make a 'New Pakistan'. We are confident that Pakistan will become a great country as thought by great poet and philosopher, Allama Iqbal but this won't happen by begging. Neither have I bowed before anyone nor will I let Pakistanis bow before anyone. Countries who have become great have never begged for anything."

While returning from the US, Imran Khan made a brief halt in Qatar and met his counterpart Abdullah bin Nasser bin Khalifa Al Thani. Both the leaders discussed strengthening of relations between the two countries.