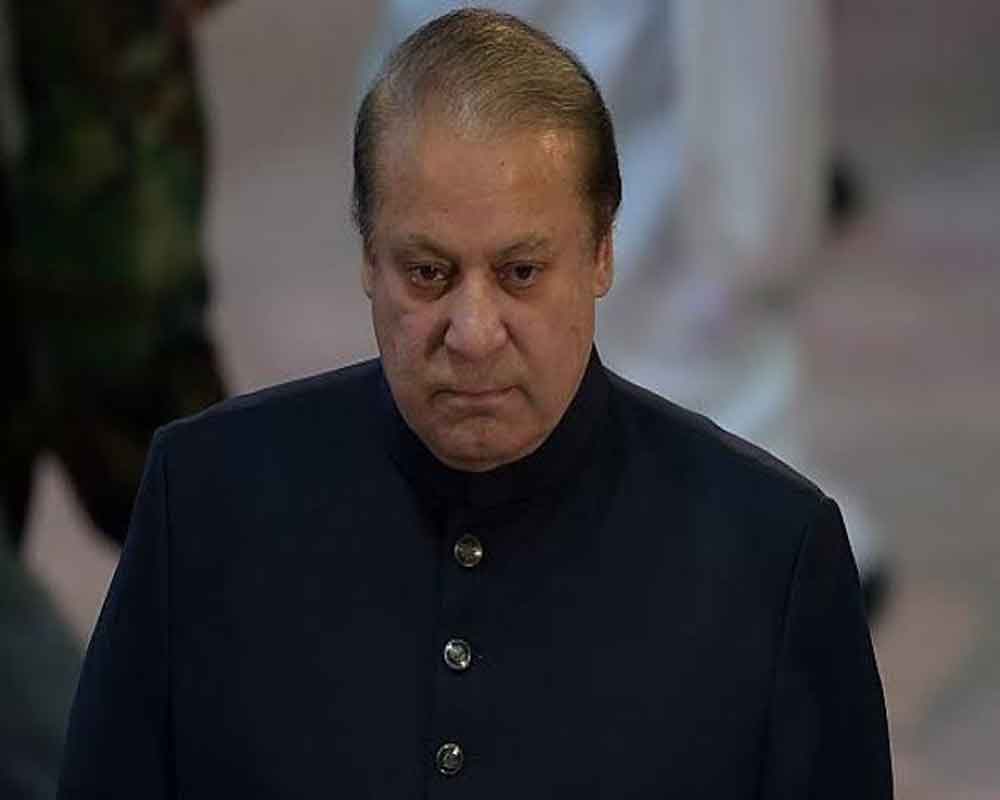 A special sub-committee was meeting on Tuesday before the Pakistan Cabinet's decision on former prime minister Nawaz Sharif's travel abroad for medical treatment.

The 69-year-old Pakistan Muslim League-Nawaz (PML-N) supremo agreed on Friday to go to the UK for treatment, heeding doctors' advice and accepting his family's request. He was scheduled to leave for London on a Pakistan International Airlines (PIA) flight on Sunday morning. However, he could not leave as his name figured in the no fly-list (Exit Control List-ECL).

The government could not remove Sharif's name from the no fly-list as the National Accountability Bureau (NAB) chairman, Javed Iqbal, was not available to issue a no objection certificate.

Minister for Law Farogh Naseem was chairing the meet attended by Special Assistant to Prime Minister Imran Khan on Accountability Shahzad Akbar and the interior secretary.

Sharif's personal physician Adnan Khan and a lawyer Attaullah Tarar as well as representatives of the National Accountability Bureau (NAB) were also attending the meeting to brief the committee about their respective positions on the issue.

The meeting was tasked to give proposals after NAB, the anti-corruption watchdog, refused to decide whether Sharif's name should be removed from the no-fly list.

NAB's refusal forced the government to settle the issue in the Cabinet meeting being held later on Tuesday. But before the cabinet meeting, the sub-committee would firm up its proposal on the issue on the basis of legal and medical grounds.

Sources in the ruling Pakistan Tehreek-i-Insaf (PTI) told PTI that Prime Minister Imran Khan is facing resistance from some of his Cabinet colleagues and party members who are opposed to giving any concession to Sharif.

They believe that the decision to let Sharif go out on even medical grounds would hurt the party as PTI won elections on the slogan of bringing all corrupt politicians to the book.

Minister for Water Faisal Vawda tweeted to show displeasure at the prospects of Sharif going out of the country.

Addressing Sharif's daughter Maryam Nawaz, he tweeted: “Abbu (Nawaz) and Chacha (Shahbaz) are going to where (London) our other absconding relatives live with looted wealth of Pakistan.”

Minister for Science Fawad Chaudhry told media that he was against any decision to let Sharif fly out of the country.

Meanwhile, Pakistan Muslim League-Nawaz spokesperson Marriyum Aurangzeb said that Sharif's condition was deteriorating and government will be responsible if any harm came to him.

There are reports that PML-N has arranged for an air-ambulance from a Gulf country to arrive on Tuesday ahead of the possible decision by the Cabinet to allow Sharif to go abroad.

Sharif is suffering from multiple health complications, including erratic platelet count, and is currently being taken care at his residence near Lahore where an ICU has been set up.

The former prime minister was lodged in the Kot Lakhpat jail but last month he was sent to the custody of the NAB which is probing the Sharif family in the Chaudhry Sugar Mills corruption case.

On December 24, 2018, an accountability court had sentenced Sharif to seven years in prison in the Al-Azizia Steel Mills corruption case and acquitted him in the Flagship case.

On October 29, the Islamabad High Court suspended Sharif's sentence in the Al-Azizia corruption case for eight weeks on medical grounds.

The Sharif family has denied all corruption charges and termed them as politically motivated.