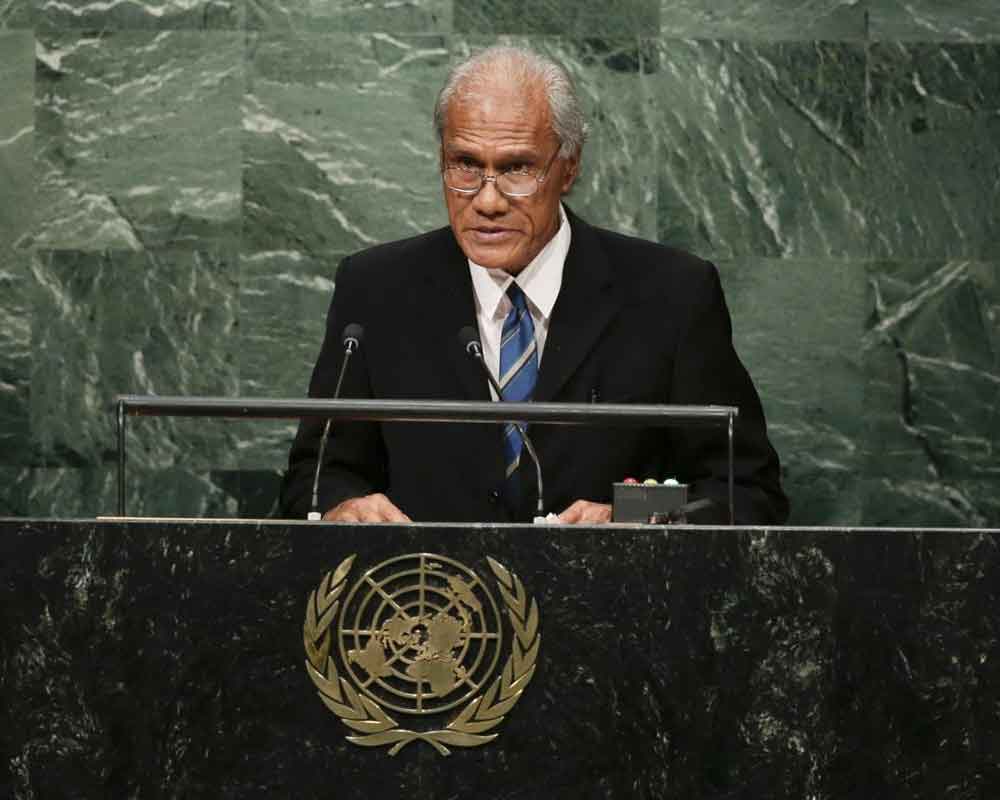 Tongan Prime Minister 'Akilisi Pohiva, who is credited with helping bring democracy to the small Pacific island nation, has died. He was 78.

Political adviser to the prime minister Lopeti Senituli told The Associated Press that Pohiva died at the Auckland City Hospital at about 9 am after being medically evacuated to New Zealand a day earlier.

Prior to that, Pohiva had been hospitalized in Tonga for two weeks suffering from pneumonia before his condition turned critical, Senituli said.

Pohiva was an immensely significant figure in Tonga who was behind the push for democracy and getting away from politics being dominated by the royal family, said Graeme Smith, a research fellow in the Department of Pacific Affairs at Australian National University.