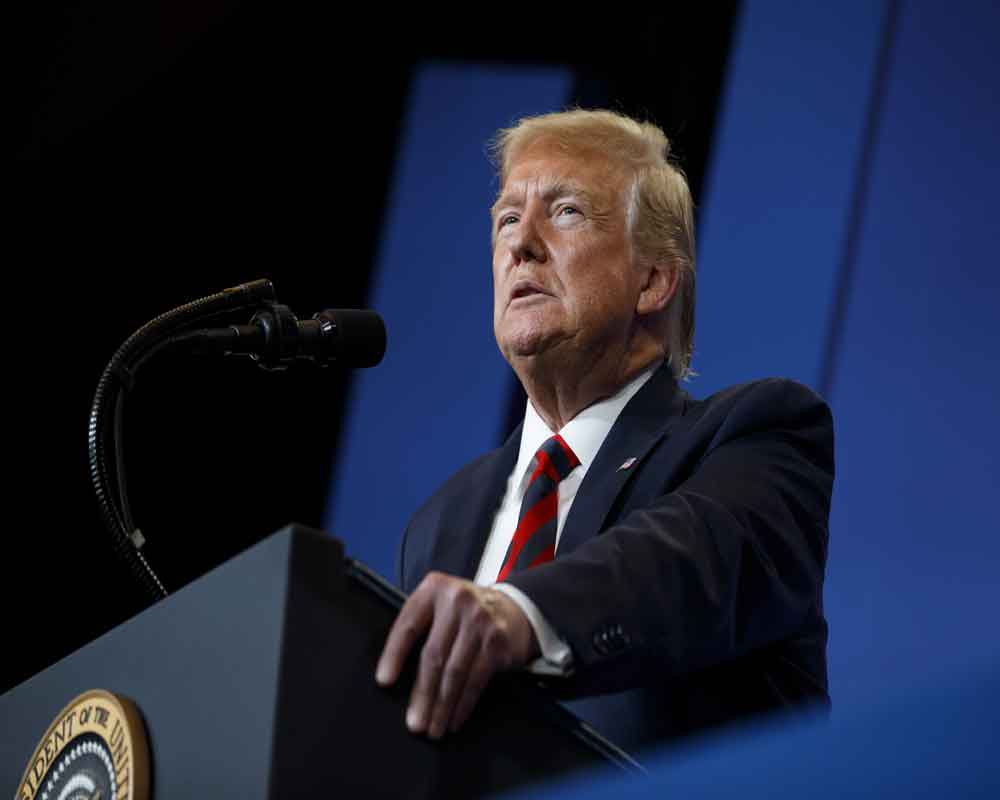 US President Donald Trump mounted an angry defense of Supreme Court Justice Brett Kavanaugh on Sunday as the controversial judge faced calls for an investigation over fresh allegations of sexual misconduct.

Trump blasted the media and "Radical Left Democrats" after a former Yale classmate of Kavanaugh alleged that the jurist - one of the most senior judges in the land - exposed himself at a freshman year party before other students pushed his genitals into the hand of a female student.

The latest allegation in The New York Times came after Kavanaugh denied sexual misconduct accusations levelled against him by two women during his confirmation to the Supreme Court last October.

"Now the Radical Left Democrats and their Partner, the LameStream Media, are after Brett Kavanaugh again, talking loudly of their favourite word, impeachment," Trump tweeted.

"He is an innocent man who has been treated HORRIBLY. Such lies about him. They want to scare him into turning Liberal!" The new allegations came from Max Stier, who runs a non-profit in Washington.

His concerns were reported to the FBI during Kavanaugh's 2018 confirmation process but not investigated, according to the Times.

Stier said he saw his former classmate "with his pants down at a different drunken dorm party, where friends pushed his penis into the hand of a female student."

Stier has not spoken publicly about the incident but his story was corroborated by two officials, the Times said.

It is the latest in a string of accusations of unwanted sexual contact or assault against Kavanaugh since Trump nominated him to the Supreme Court.

Christine Blasey Ford testified before Congress that Kavanaugh sexually assaulted her in the 1980s, while Deborah Ramirez told The New Yorker Kavanaugh had waved his penis in front of her face at a 1980s dormitory party.

The latest allegation surfaced during a 10-month investigation by Times reporters Robin Pogrebin and Kate Kelly, and features in their upcoming book, "The Education of Brett Kavanaugh: An Investigation."

Trump called on Kavanaugh to take legal action over the claims, suggesting also that the Department of Justice should intervene on the judge's behalf and "come to his rescue."

But Democrats seeking to be Trump's opponent in the 2020 election called for the judge to be investigated.

"Brett Kavanaugh's confirmation is a shame to the Supreme Court. This latest allegation of assault must be investigated," former housing secretary and Democratic presidential candidate Julian Castro tweeted.

Minnesota Senator Amy Klobouchar, a member of the Senate Judiciary Committee who was involved in a heated exchange with Kavanaugh during his confirmation, described the process as a "sham."

"I strongly opposed him based on his views on executive power, which will continue to haunt our country, as well as how he behaved, including the allegations that we are hearing more about today," she told ABC's "This Week."

Republican Senator Ted Cruz dismissed the new allegation, however, as "the obsession with the far left with trying to smear Justice Kavanaugh by going 30 years back with anonymous sources."