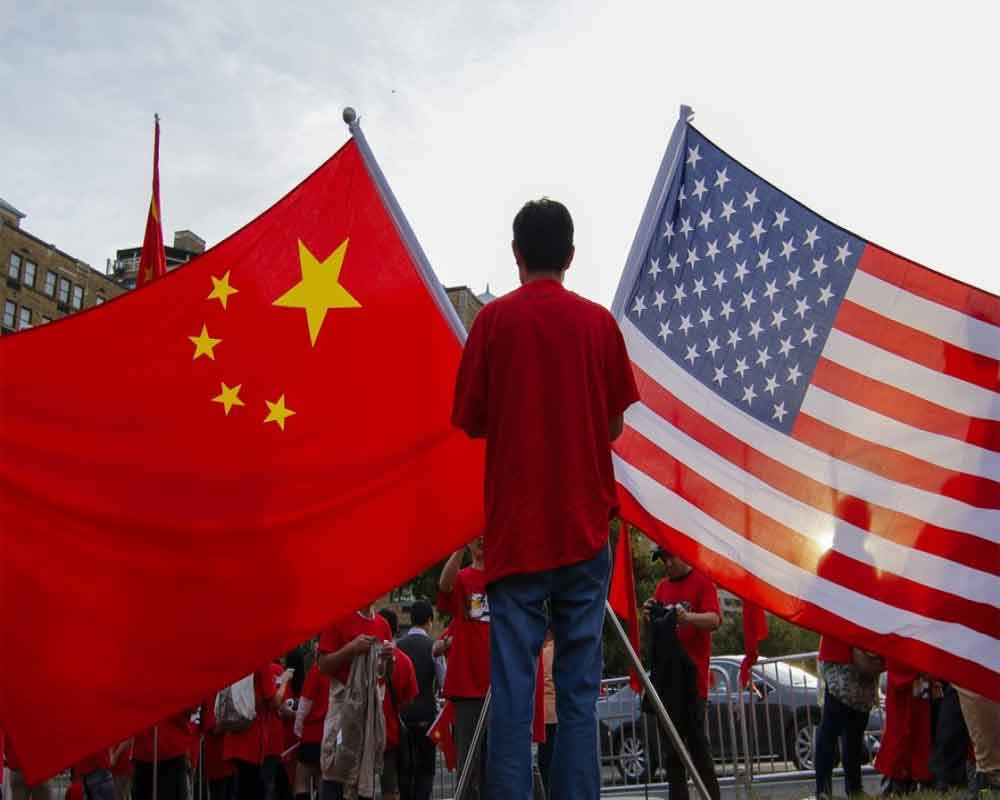 US President Donald Trump on Wednesday welcomed an apparent olive branch from Beijing in the grinding trade war between the two nations, which came weeks before negotiations are due to resume.

Beijing announced it was temporarily exempting some US exports from tariff increases, a gesture that lifted equities markets long buffeted by the ups and downs in the conflict now entering its second year.

"It was a big move," Trump told reporters at the White House. He reiterated that Beijing was under pressure to strike a bargain as its economy weakens, which he attributed to US actions.

Top negotiators expect to reconvene in Washington early next month after an acrimonious summer in which trade relations deteriorated sharply and both governments announced waves of new tariffs in a stand-off that is dragging on the global economy.

However, the goods exempted do not include high-profile agricultural items like soybeans and pork that could be crucial to the ultimate success of any agreement.

The exemptions will become effective on September 17 and be valid for a year, according to the Customs Tariff Commission of the State Council, which released two lists that include seafood products and anti-cancer drugs.

The lists mark the first time Beijing has announced products to be excluded from tariffs.

Other categories that will become spared include alfalfa pellets, fish feed, medical linear accelerators and mold release agents, and the commission said it was also considering further exemptions.

Both sides imposed fresh tit-for-tat tariffs on September 1, adding to the duties that now cover hundreds of billions of dollars of goods.

"These adjustments signal that China is more willing to make progress in the October trade talks, likely toward striking a 'narrow' agreement that involves China buying more US goods in exchange for the US suspending further tariff hikes," Barclays analysts said in a research note.

They said Beijing had been sounding a more "constructive" note in recent weeks over trade relations.

But US businesses in China are increasingly pessimistic about their prospects, with a report released Wednesday saying growing numbers of companies expect their revenues and investment in the local market to shrink.

The American Chamber of Commerce in Shanghai said just 47 percent said they expected to increase their investments in China in 2019 -- down from 62 per cent last year -- while three-quarters of businesses surveyed said they opposed the use of punitive tariffs by the United States to force China into a trade deal.

In a sign of the economic pressure being felt by the Asian giant, the central People's Bank of China said on Friday it would lower the required amount of cash that lenders must keep in reserve, allowing for an estimated USD 126 billion in additional loans to businesses.

China's economy grew 6.2 per cent on-year in the second quarter, the lowest rate in nearly three decades -- a fact Trump highlighted on Wednesday.

Auto sales in China fell by 6.9 per cent in August compared with the previous year, an official industry association said Wednesday, extending a slump in a massive auto market that has long been a cash cow. It was the 14th consecutive monthly drop.

Trump has said the protracted trade war is damaging China more than the United States.

"China is eating the tariffs," he tweeted Friday, repeating his claim that higher duties mean Washington is collecting billions of dollars from the Asian nation, without passing costs on to US consumers.

But experts have warned there are signs the US is also feeling the pinch, with job creation slowing across major industries last month.

Wall Street added to gains after Trump spoke, amid renewed hope an agreement could be reached to end the trade war. The benchmark Dow Jones Industrial Average was up 0.5 percent shortly around 1800 GMT.