Trump disavows his supporters "send her back" chanting

Trump disavows his supporters "send her back" chanting 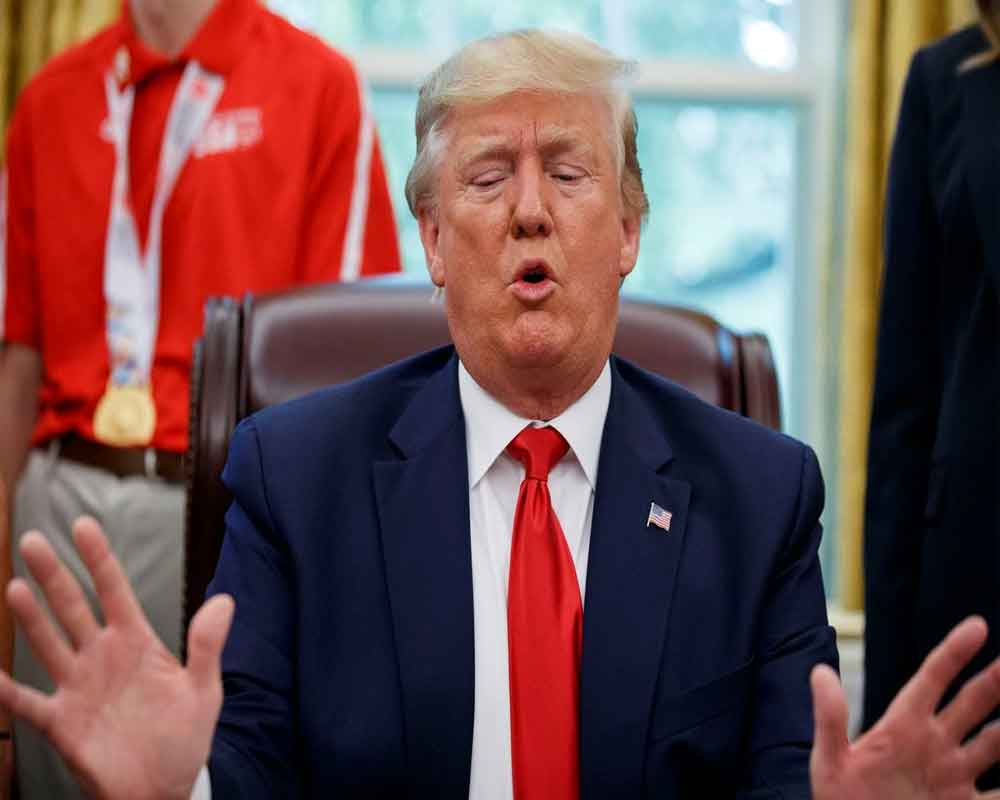 US President Donald Trump said Thursday he was "not happy" with the "send her back" chant that broke out at his re-election rally as he denigrated a Democratic Congresswoman he previously said should leave the US.

The chant came at a North Carolina rally on Wednesday as tensions escalate between the US President and four Congresswomen, informally known as The Squad.

"I was not happy with it - I disagree with it. But again, I didn't say that, they did," Trump said at the White House a day after his ardent supporters raised chants directed at Democratic congresswoman Ilhan Omar.

Somali-born Omar is one of the four non-white Democrat Congresswomen, whom Trump criticised in a series of alleged "racist tweets", chanting "send her back."

The audience mocked the women when Trump first mentioned the four Congresswomen, informally known as The Squad.

Trump, during the North Carolina rally on Wednesday, defended his remarks against Democratic lawmakers Alexandria Ocasio-Cortez, Omar, Ayanna Pressley and Rashida Tlaib, accusing them of hating the country and that they should just "go back" to where they came from.

Trump told reporters at the White House that he did try to stop his supporters chanting such things.

"I think I did - I started speaking very quickly," he said when asked why he did not stop the chant.

He also talked about the strength of the Republican Party: "I say there's far more energy on the right than on the left," Trump said.

The President's controversial statements and tweets against the four Congresswomen have triggered widespread uproar.

The US House of Representatives on Tuesday passed a resolution to condemn his remarks against the women who have been critical of his harsh immigration policies.

The leading voices of the Democrat Party are left-wing extremists who reject everything our nation stands for. These left-wing ideologues see our nation as a force of evil, Trump said.