Trump has unscheduled physical ahead of busy 2020

Trump has unscheduled physical ahead of busy 2020 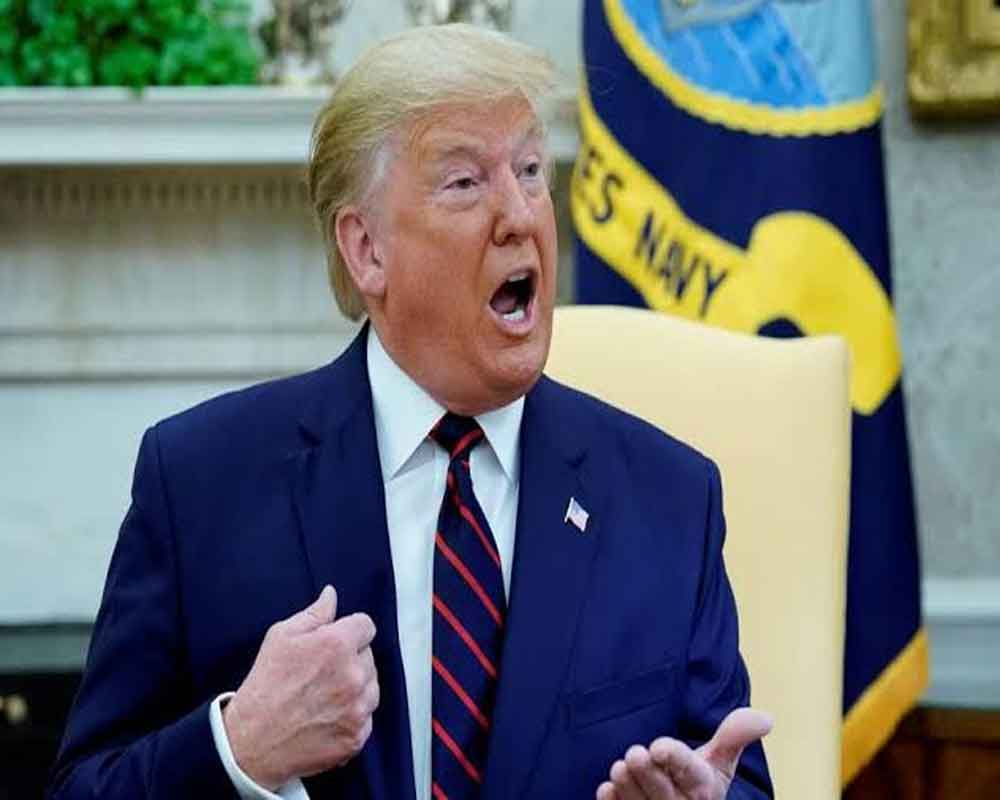 President Donald Trump continues to be "healthy and energetic without complaints", the White House said on Saturday after he underwent an unscheduled medical test at a military hospital, ahead of a busy 2020 presidential campaign.

Trump, 73, spent around nearly two hours at the Walter Reed National Military Medical Center in a Bethesda, a Maryland suburb of Washington DC.

“The president remains healthy and energetic without complaints, as demonstrated by his repeated vigorous rally performances in front of thousands of Americans several times a week,” White House Press Secretary Stephanie Grisham told reporters in a statement.

“The president also stopped by to say hello to the medical staff of Walter Reed, to share his thanks for all the outstanding care they provide to our Wounded Warriors, and wish them an early happy Thanksgiving,” she said.

“Before leaving he met with the family of a special forces soldier injured in Afghanistan.

The White House described it as a routine medical examination.

“Anticipating a very busy 2020, the president is taking advantage of a free weekend here in Washington, DC, to begin portions of his routine annual physical exam at Walter Reed,” Grisham said.