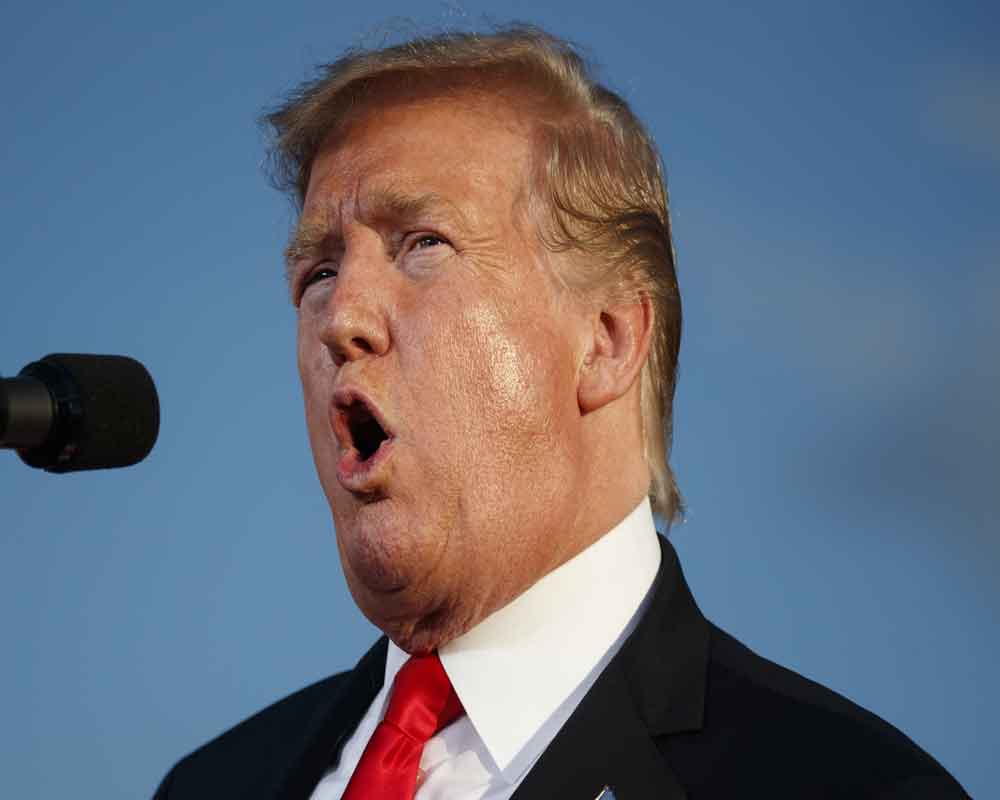 The move would effectively place the company, Hikvision, on a US blacklist. It would mark the first time the Trump administration punished a Chinese company for its role in the surveillance and mass detention of the Uyghur Muslim ethnic minority, informed sources told The New York Times on Tuesday.

The development is also likely to inflame the tensions that have escalated in President Trump's renewed trade war with Chinese leaders.

Trump, in the span of two weeks, has raised tariffs on $200 billion worth of Chinese goods, threatened to tax all imports and taken steps to cripple the Chinese telecom equipment giant Huawei.

China has promised to retaliate against American industries.

Hikvision is one of the world's largest manufacturers of video surveillance products and is central to China's ambitions to be the top global exporter of surveillance systems.

The company has said that its products enable their clients to track people around the country by their facial features, body characteristics or gait, or to monitor activity considered unusual by officials, such as people suddenly running or crowds gathering.

The Commerce Department might require that American companies obtain government approval to supply components to Hikvision, limiting the company's access to technology that helps power its equipment.

Administration officials could make a final decision in the coming weeks, the sources said.

The potential crackdown stems from the Trump administration's belief that China poses an economic, technological and geopolitical threat that cannot be left unchecked.

China has used surveillance technology, including facial recognition systems and closed-circuit television cameras, to target the Turkic-speaking Uyghurs, who have accused the Chinese government of discriminating against their culture and religion, The New York Times reported.

The country has exported this technology to nations that seek closer surveillance of their citizens, including Ecuador, Zimbabwe, Uzbekistan, Pakistan and the United Arab Emirates.