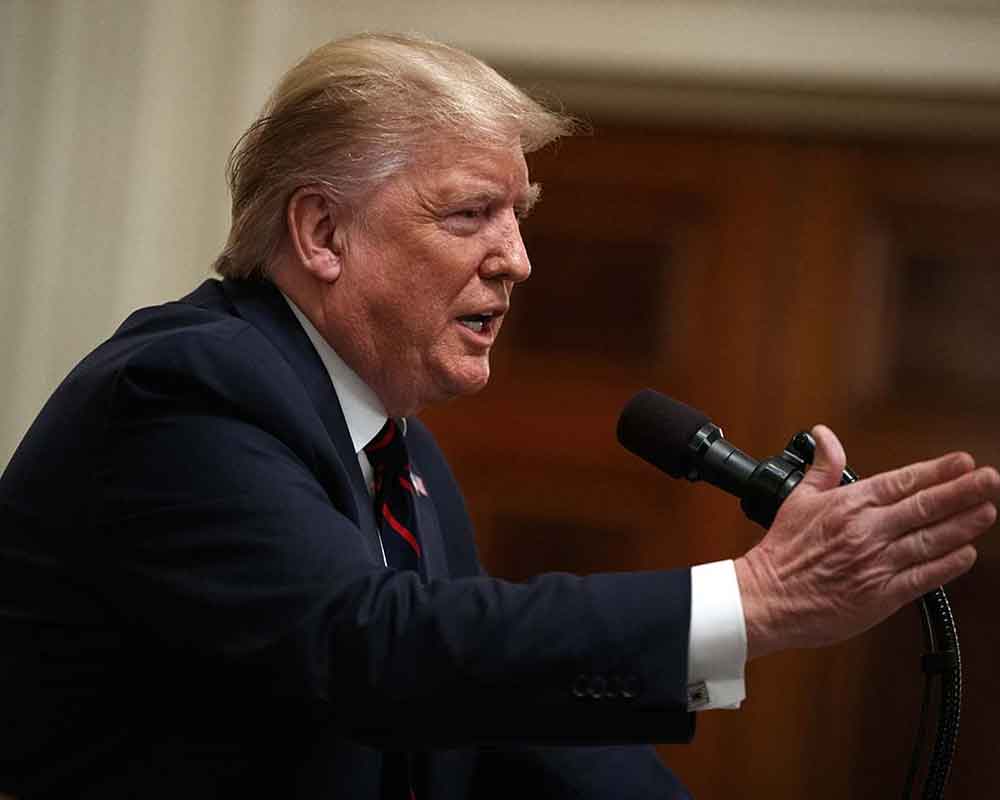 US President Donald Trump on Monday said progress in developing the text of a partial trade pact with China means he will likely be able to sign it next month.

Trump remains upbeat on the chances Beijing and Washington will seal the mini-deal he announced earlier this month -- marking a cooling-off period in the two nations' damaging trade war.

"We'll be able to, we think, sign a completed document with China on phase one," Trump said at the White House US Trade Representative Robert Lighthizer said efforts to commit the agreement to paper before the Asia-Pacific Economic Cooperation summit in Chile next month are "on track" though some work remains to be done.

"Our target is to have the phase one deal by the time you go to Chile," Lighthizer told Trump.

Trump has said he expects to sign the partial deal on the sidelines of the summit when he meets with Chinese President Xi Jinping.

While details are scant, the new mini-deal includes a surge in Chinese purchases of American farm exports and also covers intellectual property, financial services and currency exchange, according to the White House.

Trump said Monday the Chinese "have started the buying." With hundreds of billions of dollars in two-way trade now subject to additional tariffs, there are mounting signs the trade war -- now in its second year -- has damaged the world economy, adding to pressure on both sides to strike a deal.

However, US Commerce Secretary Wilbur Ross said earlier Monday that the US side is not rushing to sign on the dotted line next month.

"We would like to make a deal," Ross told Fox Business on Monday.

"But from our point of view, it has to be the right deal and it doesn't have to be in November." While the White House has said the "phase one" deal touches on major issues, Ross said the heaviest lifting remained to be done.

"The real question is, do we get to an early signing of phase one?" said Ross, who is not a member of the US delegation to the trade talks.

"Second, how far do we get toward phase two or two and three? Two and three are really where the meat is."