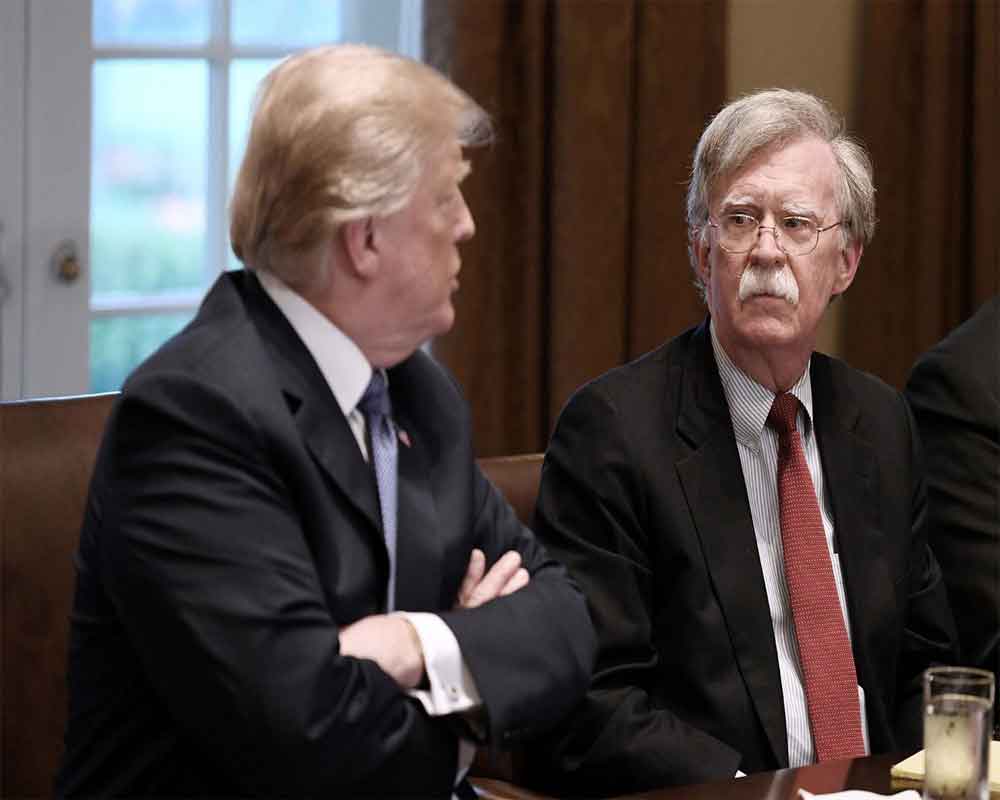 In his first full account of the Tuesday sacking, Trump homed in on Bolton's strained relationship with Kim Jong Un, the North Korean leader whom Trump has met three times for talks on his nuclear arsenal and frequently describes as a friend.

Trump said discord between him and the hawkish adviser goes back to early 2018 when Bolton said that the denuclearization of Libya under then leader Moamer Kadhafi could be a model for North Korea.

Bolton was referring to Kadhafi's full cooperation with the international community during the 2000s. But his comment was also widely seen as threatening Kim, given that in 2011 the Libyan dictator was overthrown in a bloody NATO-backed revolution.

"That was not a good statement to make," Trump told reporters in the White House. "Just take a look at what happened with Kadhafi." "We were set back very badly when John Bolton talked about the Libyan model," he said.  "He's using that to make a deal with North Korea?" Trump said that Kim "wanted nothing to do with John Bolton" after that and "I don't blame Kim."            "That's not a question of being tough, that's a question of being not smart."

Trump said he also differed with Bolton on the former UN ambassador's encouragement of the US invasion of Iraq.

But the relationship in the White House became unworkable because of personality clashes, the president said.

"He's somebody that I actually had a very good relationship with, but he wasn't getting along with people in the administration who I consider very important," he said.

"You know, John wasn't in line with what we were doing." Trump said he has five people in line for the job, which he expects to fill next week.

This will be the fourth national security adviser named during Trump's first term so far. Bolton denies he was fired and says he resigned.