Trump says he had to 'take China on', regardless of short-term impact on US economy

Trump says he had to 'take China on', regardless of short-term impact on US economy 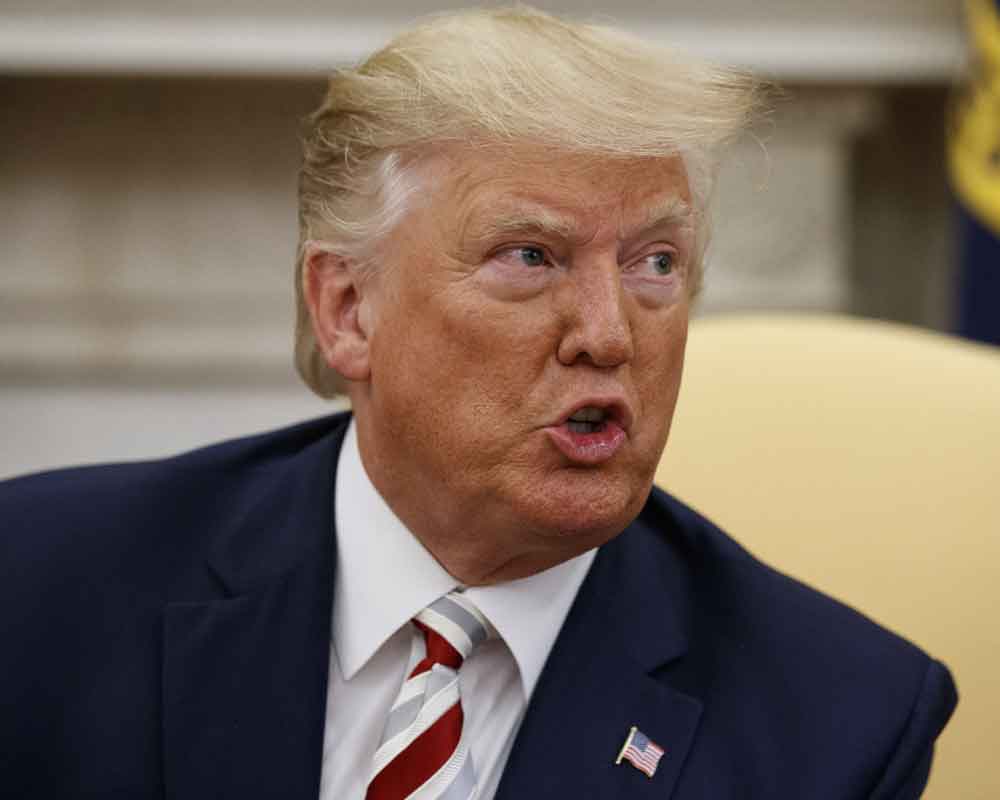 US President Donald Trump on Tuesday said   short-term recession might simply be the cost of waging his much-needed trade war with China as Beijing had been "grifting off" America for decades.

"Whether it's good or bad, the short term is irrelevant. We have to solve the problem with China because they're taking out USD 500 billion a year plus. And that doesn't include intellectual property theft and other things,” Trump told reporters in the Oval Office.

"And also, national security, so I am doing this whether it's good or bad for your statement about, Oh, will we fall into a recession for two months?The fact is, somebody had to take China on,” he said responding to a question on reports that the US is heading for a recession because of its trade war with China.

"We're doing very well with China, but somebody had to take China on. I read and I see so much and I read so much, and I'll see the economists say, Oh, Give up! Give up on China! Give up! China's been grifting off this country for 25 years, but longer than that,” he said.

Chinese economy is suffering due to the trade war which puts the US in a good negotiating position, he said.

"China wants to make a deal, and that's good. But they have to make a deal that fair to us. You should be happy that I'm fighting this battle, because somebody has to do it. We couldn't let this go. I don't even think it's sustainable to let go on what was happening,” he said.

Trump alleged that China was stealing US intellectual property, ideas.

Somebody had to do something with China, he said, adding that this should have been done by his predecessors.

"I could be sitting here right now with a stock market that would be up 10,000 points higher, but I didn't want to do it, but I think we have no choice to do it, and a lot of people that really know, people that love our country, they're saying thank you very much for taking it off. And we're winning because they're having the worst year they've had in decades, and it's only going to get worse,” Trump said.

China has lost USD two billion in the last month-and-a-half because companies are moving to non-tariff countries. They've lost almost two million jobs over a very short period of time, they're going to lose a lot more jobs, he claimed.

"Here's the thing: Somebody had to take on what China was doing to the United States economically. We're winning big. I took it on. And it should have been done by previous presidents, but I took it on. And I'm happy to do it because it had to be done, and the smart people say, Thank you very much. And the dumb people have no idea. And then, you have the political people, and they go in it,” Trump said.