Trump says he wants review of Google's ties to China

Trump says he wants review of Google's ties to China 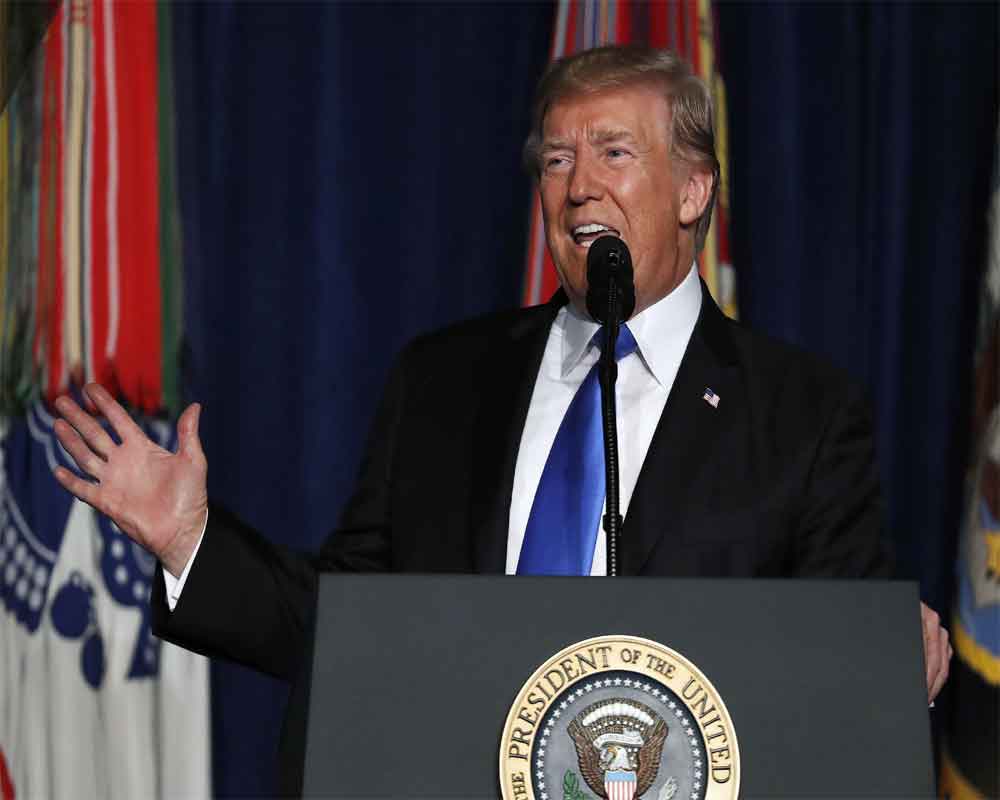 President Donald Trump said Tuesday he wants his administration to "take a look" into whether Google has been working with the Chinese government -- an allegation swiftly denied by the US internet giant.

Trump echoed an unsubstantiated remark from tech billionaire Peter Thiel that Google had been working with China's government or military establishment.

"A great and brilliant guy who knows this subject better than anyone! The Trump Administration will take a look!" Google said the allegations were baseless and questioned the motives of Thiel, a longtime Trump supporter who is on the board of tech rival Facebook.

"As we have said before, we do not work with the Chinese military, " Google said in a statement to AFP.

Trump has assailed Google on several occasions, claiming "bias" against him and his supporters.

Earlier this year, he criticized the tech giant for withdrawing from the bidding from a large Pentagon computing contract, but later softened his tone after meeting Google chief executive Sundar Pichai.

Google has limited business operations in China, but one report this year said one of its scientists participated in a research project that could have both civilian and military applications.