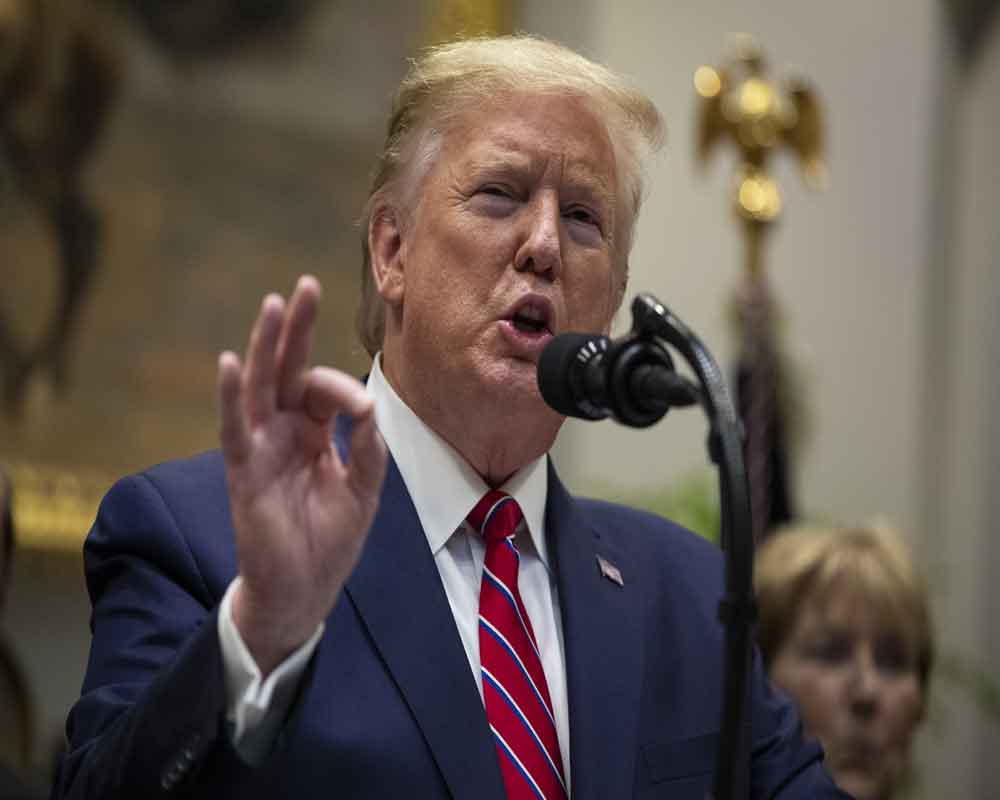 President Donald Trump on Monday said he is "strongly" considering answering a challenge from opposition Democrats to testify in his own impeachment investigation.

After the speaker of the lower house, Nancy Pelosi, upped the ante by suggesting that Trump come forward to tell the "truth," the Republican president said he was keen.

Pelosi suggested "that I testify about the phony Impeachment Witch Hunt. She also said I could do it in writing," Trump tweeted.

"Even though I did nothing wrong, and don't like giving credibility to this No Due Process Hoax, I like the idea & will, in order to get Congress focused again, strongly consider it!"