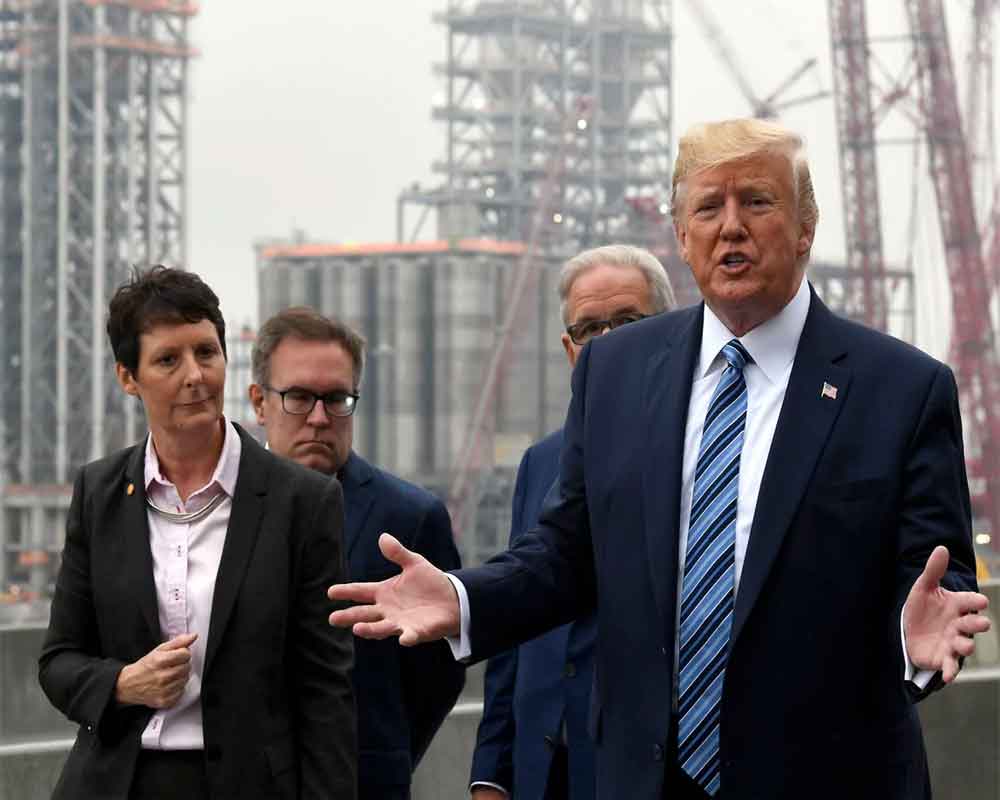 US President Donald Trump has said that Xi Jinping can "humanely" resolve the violent standoff with protesters in Hong Kong and appeared to suggest meeting the Chinese leader.

"I have ZERO doubt that if President Xi wants to quickly and humanely solve the Hong Kong problem, he can do it," Trump tweeted on Wednesday from vacation at his golf course in Bedminster, New Jersey.

"Personal meeting?" he added in what appeared to be an idea for offering his own help to Xi directly.

Protesters have staged 10 weeks of relentless protests to demand greater freedoms in Hong Kong, including rallies that paralysed the semi-autonomous city's airport, one of the world's busiest travel hubs.

The United States has said it is "deeply concerned" over Chinese security force movements on the border with Hong Kong and urged Beijing to honour the territory's autonomy.

Under a 1997 deal that saw Hong Kong return to China from British colonial rule, the city is meant to have far greater liberties than those allowed on the mainland.