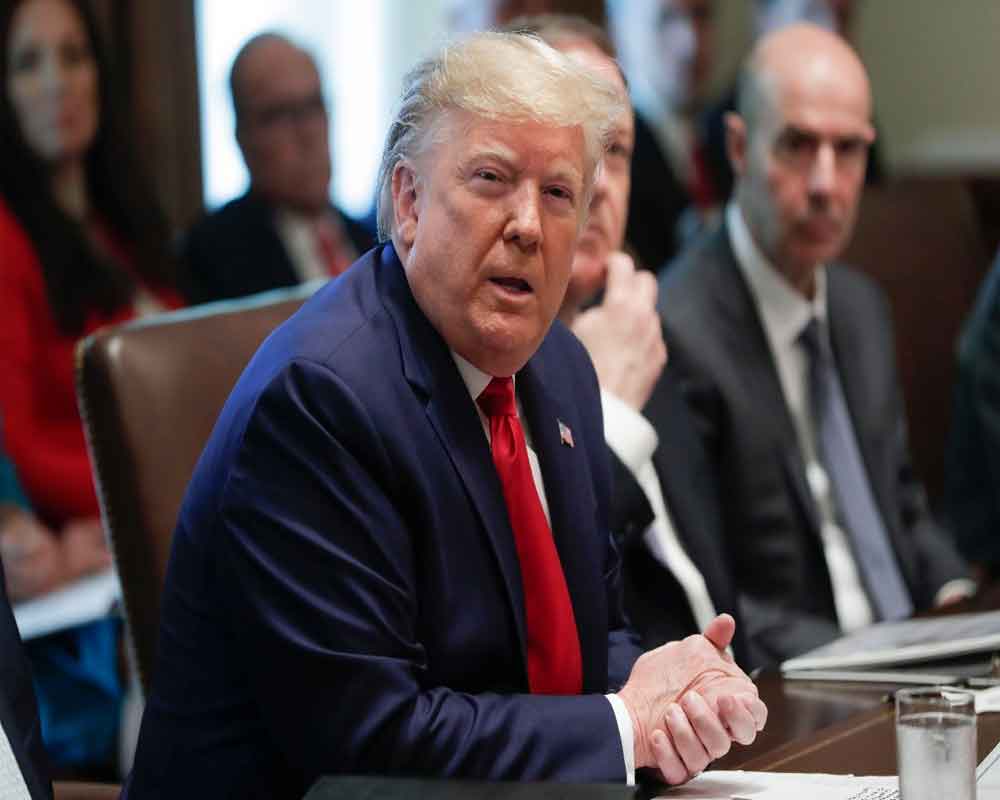 US President Donald Trump on Monday urged his Republcian colleagues in the Congress to "get tougher" in the impeachment against him by the Democratic party in the House of Representatives.

"This is a phony investigation. I watched a couple of people on television today talking about it. They were talking about what a phony deal it is, and Republicans have to get tougher and fight," Trump told reports at the White House.

"We have some that are great fighters, but they have to get tougher and fight because the Democrats are trying to hurt the Republican Party for the election, which is something where we're doing very well," he said in response to a question.

Trump said the GOP is doing well in the run-up to the election, referring to huge crowds that he has been drawing in recent weeks.

"You saw what happened in North Carolina? We picked up two seats that people didn't think we were going to,” Trump said.

He accused a section of Republicans of making up stories against him. "But a lot of the stories that are made up by... 'Shifty Schiff', who's a phony guy. He's a corrupt politician. And the media buys it because unfortunately, the media is corrupt also, much of the media. Such a big percentage of it. It's such a shame. Some great reporters and great journalists, but some really bad people. So that's the story," Trump said.