Trump slams media for spreading rumour about his health, calls them sick

Trump slams media for spreading rumour about his health, calls them sick 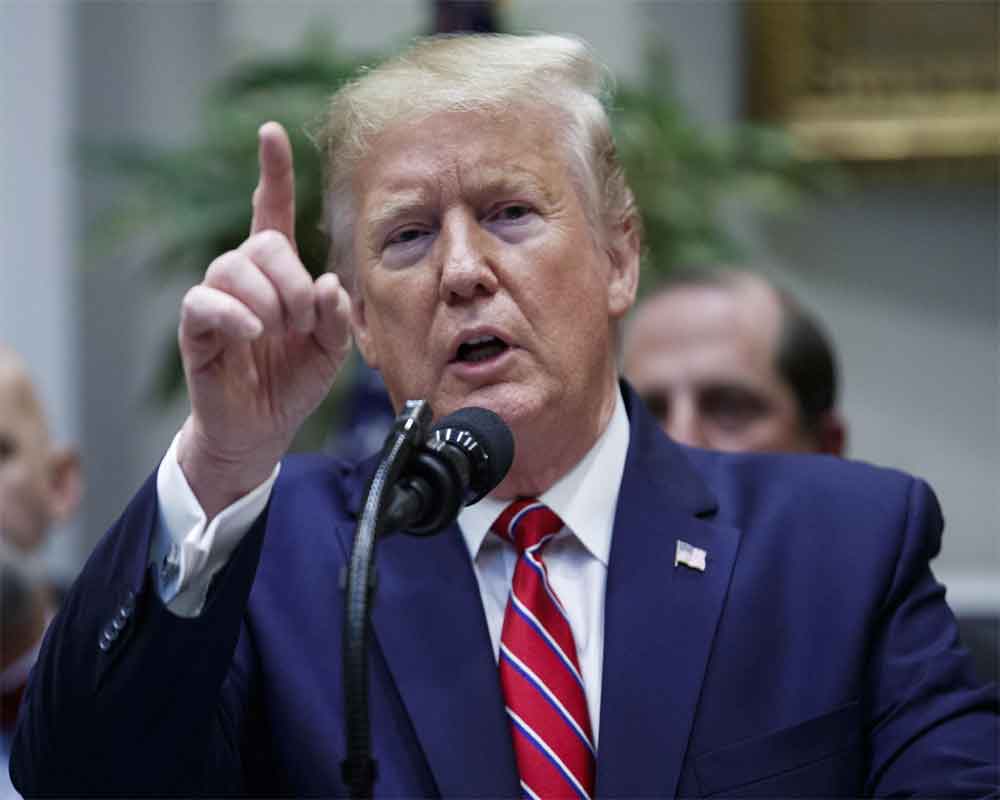 US President Donald Trump on Tuesday slammed the mainstream media for spreading rumour about his health and called them sick.

Trump visited a military hospital over the weekend which many news channels and media reported that was a sign that he is not well. Some of the news reports speculated that he had heart ailments.

"These people are sick. They are sick. … We don't have the freedom of the press in this country. We have the opposite. We have a very corrupt media, and I hope they can get their act straight,” Trump, 73, told reporters.

"I went for a physical on Saturday," he said.

Noting that he was at the Walter Reed Military Hospital in Bethesda, Maryland only for a short time and for a very routine physical, the president said that the rest of the physical will take place in January.

When he got back to the White House, Trump told his Cabinet colleagues that  he "was greeted with the news that, 'We understand you had a heart attack'.”

In a statement late Monday night, a presidential physician said that Trump had no chest pain nor was he evaluated or treated for any urgent or acute issues.

"Despite some of the speculation the President has not had any chest pain, nor was he evaluated or treated for any urgent or acute issues. Specifically, he did not undergo any specialised cardiac or neurologic evaluations," President's Physician Sean P Conley said in a memorandum issued by the White House on Monday.

Conley said primary preventative medical care is something that occurs continuously throughout the year and it is not just a single annual event.

Conley said that Trump's trip was kept off record to due to scheduling uncertainties.