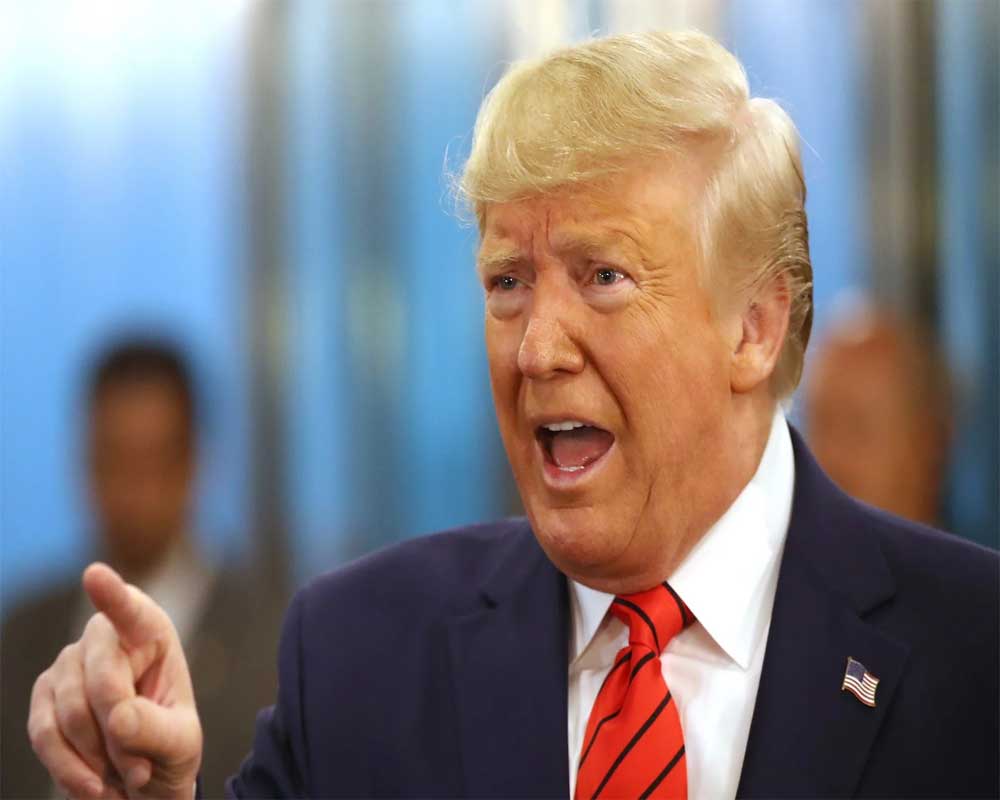 US President Donald Trump has aimed to make inroads in the politically important Jewish-American vote with a Florida speech where he declared himself the best friend Israel has ever had.

At a conference in Hollywood, Florida on Saturday, the Republican real estate magnate said Jewish-Americans had been wrong to vote for Democrats under his predecessor Barack Obama.

"So many of you voted for people in the last administration," he said. "Someday you'll have to explain that to me because I don't think they liked Israel too much." By contrast, Trump said, "the Jewish state has never had a better friend in the White House than your president, Donald J. Trump."

He was speaking at a meeting of the Israeli-American Council, a non-profit whose funders include billionaire Jewish-American casino magnate Sheldon Adelson and his wife Miriam -- both of them high-profile Trump supporters.

Jews make up only a small portion of the electorate but in Florida they represent a crucial piece of the swing state electoral puzzle. Historically, American-Jews have voted heavily Democratic.

Trump, who is hoping to repeat his 2016 strategy next year by winning reelection through strategic accumulation of electoral college votes in key states, has worked especially hard to woo Jewish-Americans.

Since taking office he has upended decades of American policy in the Middle East by acceding to a string of Israeli demands and all but slamming the door on Palestinians.

This includes recognizing the disputed city of Jerusalem as Israel's capital and also recognizing Israeli sovereignty over the Golan Heights, a territory taken from Syria in 1967.

In November, the Trump administration again broke with decades of international consensus when it said that it would no longer consider Israeli settlements on occupied Palestinian lands in the West Bank illegal.

The policies are also highly popular with right-wing evangelical Christian Republicans -- a vital part of Trump's support base.

Despite the aggressive support for Israel, coupled with intense pressure on the Palestinians, the Trump administration says it has a peace plan ready to unveil once an ongoing Israeli leadership impasse is resolved.

Trump has put his son-in-law Jared Kushner, who is Jewish-American but had no previous experience in government before joining this administration, in charge of the peace plan.

"A lot of people say that can't be done," Trump told the crowd on Saturday. "They say that's the toughest of all deals but if Jared Kushner can't do it, it can't be done."         Taking direct aim at one of his potential Democratic opponents for the 2020 election, Trump told the audience that left-wing Senator Elizabeth Warren should not get their vote because she would impose heavy taxes.

"Let's take 100 per cent of your wealth away," he said in a reference to Warren. One problem, Trump told the gathering, is that some American-Jews, while being "great people, they don't love Israel enough."