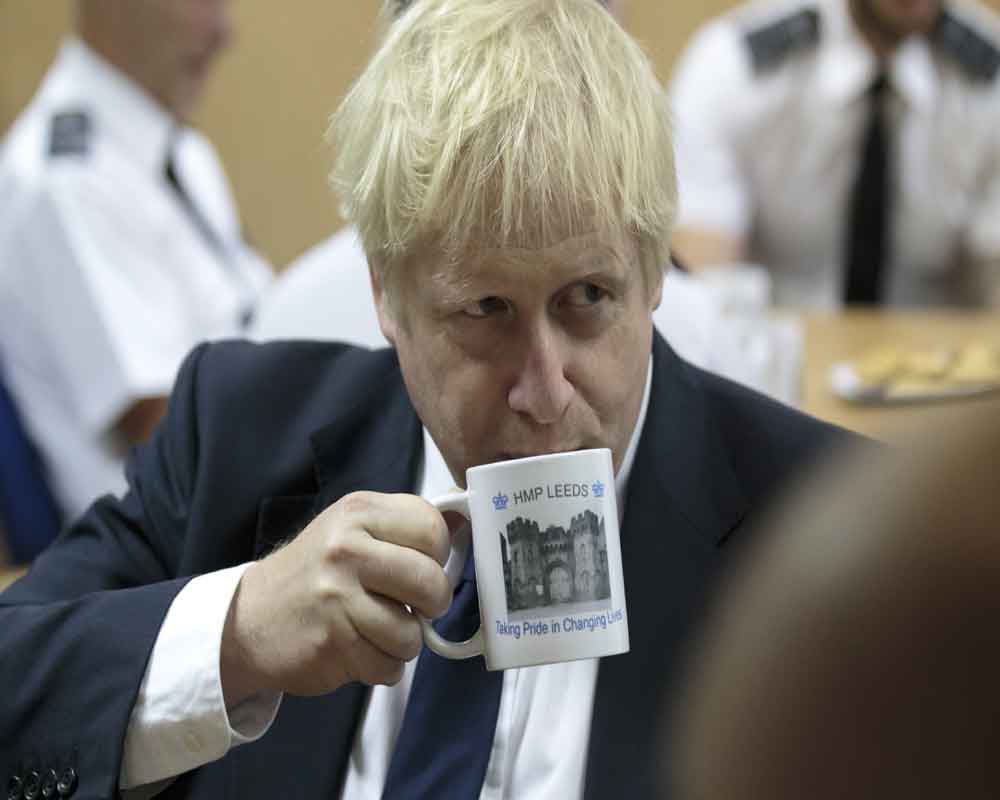 Britain's Boris Johnson will visit European capitals this week on his first overseas trip as prime minister, as his government said Sunday it had ordered the scrapping of the decades-old law enforcing its EU membership.

Johnson will travel to Berlin on Wednesday for talks with German Chancellor Angela Merkel and on to Paris Thursday for discussions with French President Emmanuel Macron, Downing Street confirmed on Sunday, amid growing fears of a no-deal Brexit in two and a half months.

The meetings, ahead of a two-day G7 summit starting Saturday in the southern French resort of Biarritz, are his first diplomatic forays abroad since replacing predecessor Theresa May last month.

Johnson is expected to push for the EU to reopen negotiations over the terms of Brexit or warn that it faces the prospect of Britain's disorderly departure on October 31 -- the date it is due to leave.

European leaders have repeatedly rejected reopening an accord agreed by May last year but then rejected by British lawmakers on three occasions, despite Johnson's threats that the country will leave then without an agreement.

In an apparent show of intent, London announced Sunday that it had ordered the repeal of the European Communities Act, which took Britain into the forerunner to the EU 46 years ago and gives Brussels law supremacy.

The order, signed by Brexit Secretary Steve Barclay on Friday, is set to take effect on October 31.

"This is a landmark moment in taking back control of our laws from Brussels," Barclay said in a statement.

"This is a clear signal to the people of this country that there is no turning back -- we are leaving the EU as promised on October 31, whatever the circumstances -- delivering on the instructions given to us in 2016."

The moves come as Johnson faces increasing pressure to immediately recall MPs from their summer holidays so that parliament can debate Brexit.

More than 100 lawmakers, who are not due to return until September 3, have demanded in a letter that he reconvene the 650-seat House of Commons and let them sit permanently until October 31.

"Our country is on the brink of an economic crisis, as we career towards a no-deal Brexit," said the letter, signed by MPs and opposition party leaders who want to halt a no-deal departure.

"We face a national emergency, and parliament must be recalled now."

Parliament is set to break up again shortly after it returns, with the main parties holding their annual conferences during the September break.

Main opposition Labour leader Jeremy Corbyn wants to call a vote of no confidence in Johnson's government after parliament returns.

He hopes to take over as a temporary prime minister, seek an extension to Britain's EU departure date to stop a no-deal Brexit, and then call a general election.

"What we need is a government that is prepared to negotiate with the European Union so we don't have a crash-out on the 31st," Corbyn said Saturday. "This government clearly doesn't want to do that."

Britain could face food, fuel and medicine shortages and chaos at its ports in a no-deal Brexit, The Sunday Times newspaper reported, citing a leaked government planning document.

There would likely be some form of hard border imposed on the island of Ireland, the document implied.

Rather than worst-case scenarios, the leaked document, compiled this month by the Cabinet Office ministry, spells out the likely ramifications of a no-deal Brexit, the broadsheet claimed.

The document said logjams could affect fuel distribution, while up to 85 percent of trucks using the main ports to continental Europe might not be ready for French customs.

The availability of fresh food would be diminished and prices would go up, the newspaper said.