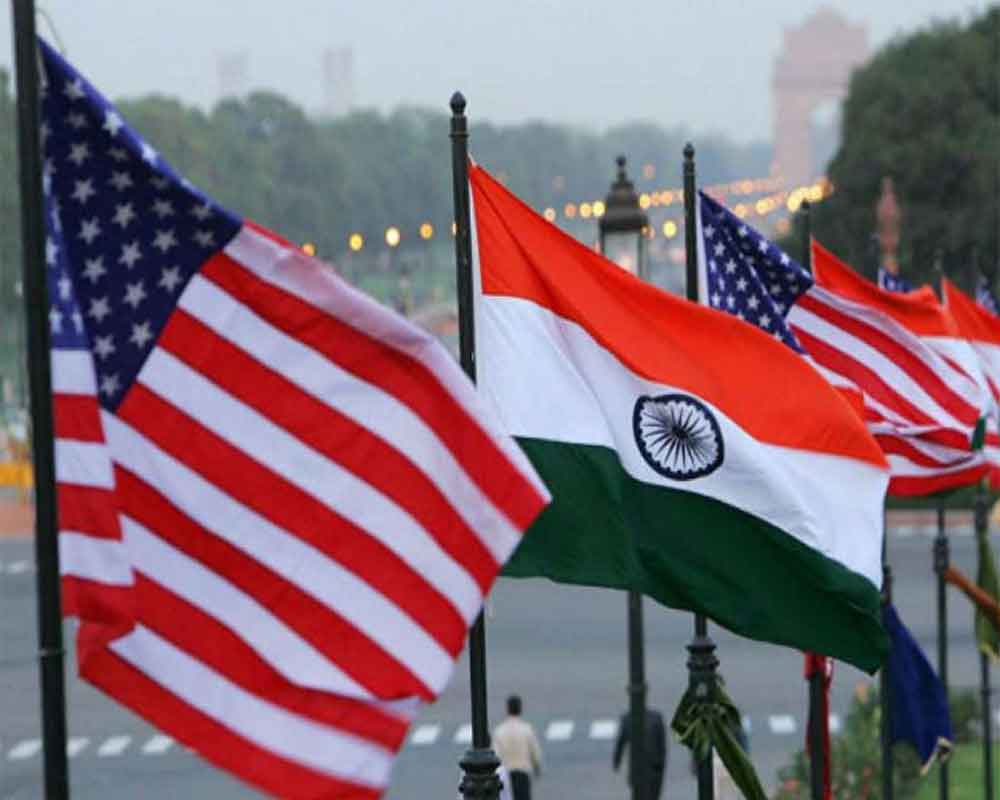 The strategic interests between India and the United States are "broadly aligned, structural and deep" and the ties will continue to thrive, a US official has said, as Foreign Secretary Vijay Gokhale concluded his successful trip to the American capital.

The three-day visit of Gokhale, which he started by meeting US Secretary of State Mike Pompeo and concluded by calling on National Security Advisor John Bolton, demonstrated the "transformation of our strategic" relationship, the senior State Department official said Friday.

The visit came amid simmering tensions between India and Pakistan following one of the deadliest terrorist attacks in Jammu and Kashmir in nearly three decades.

On Feb 14, a suicide bomber of the Pakistan-based Jaish-e-Mohammad group rammed his explosives-laden vehicle into a bus carrying CRPF personnel in Pulwama district, killing 40 of the soldiers.

The US said it supported India's "right to defence" after the attack.

India carried air strike on the biggest Jaish camp deep inside Pakistan 12 days later and Pakistan responded a day after that by violating the Indian air space.

In a meeting with Gokhale on Wednesday, Bolton said he reiterated that the US stands "shoulder-to-shoulder" with India in the fight against terrorism.

"My overarching conclusion from the visit is that US-India strategic interests are broadly aligned, structural, and deep. That our relationship will continue to thrive and that commitment to this relationship transcends party lines both here and in New Delhi," said the US diplomat.

The two countries see eye to eye on Indo-Pacific issues, the pressing need to confront terrorism, and the critical importance of the growing US-India defence relationship, the official said.

During Gokhale's visit, India and the US also agreed to build six American nuclear power plants in India, in a boost to bilateral civil nuclear energy cooperation.

However, the UN Security Council listing of Jaish chief Masood Azhar as a global terrorist did not go through as China vetoed the proposal for the fourth time in 10 years.

Two days before the deadline to block Azhar's listing was to end on March 13, Gokhale had met Pompeo in Washington. About the meeting, the Ministry of External Affairs said in New Delhi that Pompeo expressed his "understanding" of India's concerns on cross-border terrorism.

The US State Department official said Gokhale and Pompeo "discussed expanding our defence and economic partnership, our complementary visions for the Indo-Pacific."

The official said they discussed "our appreciation for India's contributions in Afghanistan, as well as continued support for the mission of Special Representative Khalilzad."

Gokhale held foreign office consultations, which on the US side was led by Under Secretary for Political Affairs David Hale. The consultations reinvigorated an important mechanism in which the US and India get together to compare notes on global issues and talk about their cooperation throughout the world.

"This year's consultations included discussion of developments in the DPRK, Iran, and Venezuela. It was clear in these conversations that we have many joint goals and priorities," the American diplomat said, using an acronym for North Korea, with which the US is engaged in talks to seek the denuclearisation of the Korean peninsula.

During these discussions reaffirmed their commitment to working together to prevent the proliferation of weapons of mass destruction and their means of delivery, and confronting threats in space, the official said.

"Our consultations with India on these issues are of the same nature as those with our closest allies, demonstrating the level of trust and cooperation between our two governments.  And, as was the case throughout Foreign Secretary Gokhale's visit, these conversations were frank, substantive, and strategic," said the State Department official.