US labels China a 'currency manipulator'

US labels China a 'currency manipulator' 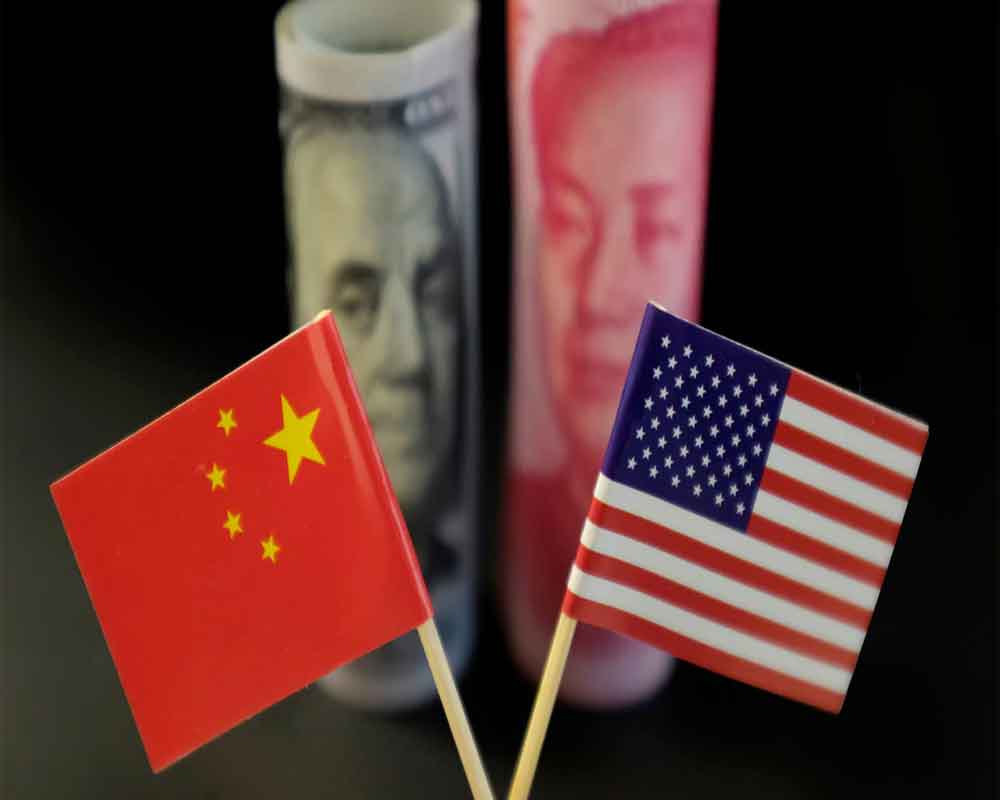 The US has officially labeled China a currency manipulator, accusing it of using yuan to gain "unfair competitive advantage" in trade, a move that could further escalate the tense trade relations between the world's two largest economies.

Washington's move came as Beijing allowed its yuan to fall below the politically sensitive level of seven to the US dollar on Monday for the first time in 11 years and Chinese firms have reportedly stopped buying US farm produce.

During the 2016 presidential elections, Donald Trump had promised to label China as a currency manipulator, but the Department of Treasury kept the country on its watchlist, declining to take the step.

On Monday night, the department announced, "Secretary (Steven) Mnuchin, under the auspices of President Trump, has today determined that China is a 'Currency Manipulator'."

Mnuchin, after this decision, will engage with the International Monetary Fund to eliminate the "unfair competitive advantage created by China's latest actions", the treasury said.

Earlier in the day, Trump tweeted, "China is intent on continuing to receive the hundreds of Billions of Dollars they have been taking from the US with unfair trade practices and currency manipulation. So one-sided, it should have been stopped many years ago!"

In a statement, the treasury department alleged that China has a long history of facilitating an undervalued currency through protracted, large-scale intervention in the foreign exchange market.

In recent days, China has taken concrete steps to devalue its currency, while maintaining substantial foreign exchange reserves despite active use of such tools in the past, it claimed.

"The context of these actions and the implausibility of China's market stability rationale confirm that the purpose of China's currency devaluation is to gain unfair competitive advantage in international trade," the treasury said.

Chinese authorities have acknowledged that they have ample control over the RMB exchange rate, it added.

The treasury referred to a statement by the People's Bank of China (PBOC) which noted that it "has accumulated rich experience and policy tools, and will continue to innovate and enrich the control toolbox, and take necessary and targeted measures against the positive feedback behaviour that may occur in the foreign exchange market."

This is an open acknowledgement by the PBOC that it has extensive experience manipulating its currency and remains prepared to do so on an ongoing basis, it alleged.

President Trump on Thursday announced that the US will impose an additional 10 per cent tariff on USD 300 billion in Chinese imports, as he accused China of not being serious in arriving at the trade deal and failing to keep its promise to buy more American agricultural products.

Trump kicked off the trade war demanding China to reduce massive trade deficit which last year climbed to over USD 539 billion. He is also insisting on China to workout verifiable measures for protection of intellectual property rights (IPR) technology transfer and more access to American goods to Chinese markets.

The 12th round of talks between top trade negotiators from China and US, the first after they broke down in May, lasted just half a day and ended last week with no sign of a breakthrough, but a willingness to continue discussions.

US Congressman Roger Marshall said once again, Trump is doing exactly what he said he would do with China, now in regard to their currency.

"US producers, workers and consumers have waited long enough for an administration who would stand up to China. I'm thankful it's finally happening," he said.

On the development,  Congressman Bradley Byrne said,"We cannot sit back and allow China to continue to take advantage of our country and put our workers at a disadvantage."

"I'm proud to stand with President as we finally crack down on China," he said.

"Great work" by the president to finally hold China accountable for their corrupt actions, Byrne said, adding that a lot of presidents have "talked" about this problem, but Trump finally took action.

On Chinese reportedly stopping from buying US farm produce, Congresswoman Cheri Bustos from Illinois said it's clear as day that farmers are truly paying the price of Trump's erratic and short-sighted trade policies.

"Tariffs may sound nice to a Manhattan billionaire - but in rural Illinois, we're feeling the consequences of a trade war that may hollow out our agricultural economy for generations to come," she said.