US military brings back remains from World War II battle

US military brings back remains from World War II battle 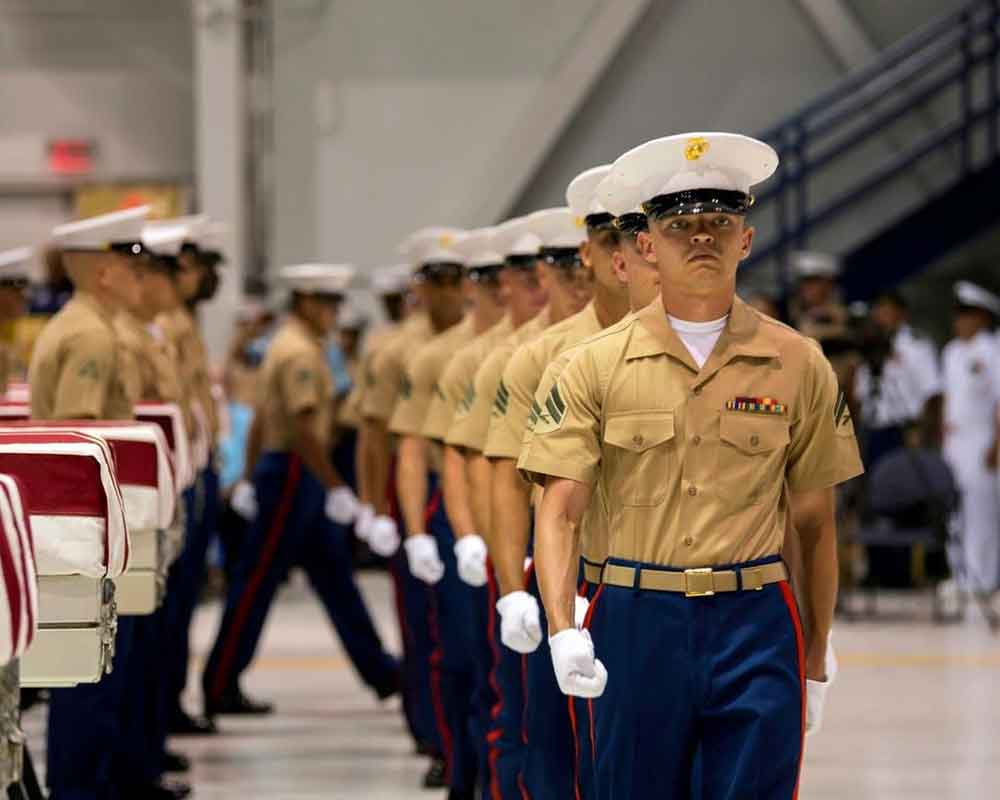 The US military has brought back the remains of more than 20 servicemen killed in one of the bloodiest battles of World War II.

An Air Force cargo plane flew the remains from Tarawa atoll in the remote Pacific island nation of Kiribati (KEE-ree-bas) to Hawaii on Wednesday. Marines carried flag-draped caskets off the plane for a ceremony.

The remains are among those discovered in March by History Flight, a nonprofit organisation that searches for the remains of US servicemen lost in past conflicts.

They're believed to belong to Marines and sailors from the 6th Marine Regiment who were killed during the last night of the three-day Battle of Tarawa. More than 6,000 Americans, Japanese and Koreans died.

Forensic anthropologists with the Defense POW/MIA Accounting Agency will work to identify the remains using dental records, DNA and other clues.