US warnings of heavy rain, tornadoes from weakening storm Barry

US warnings of heavy rain, tornadoes from weakening storm Barry 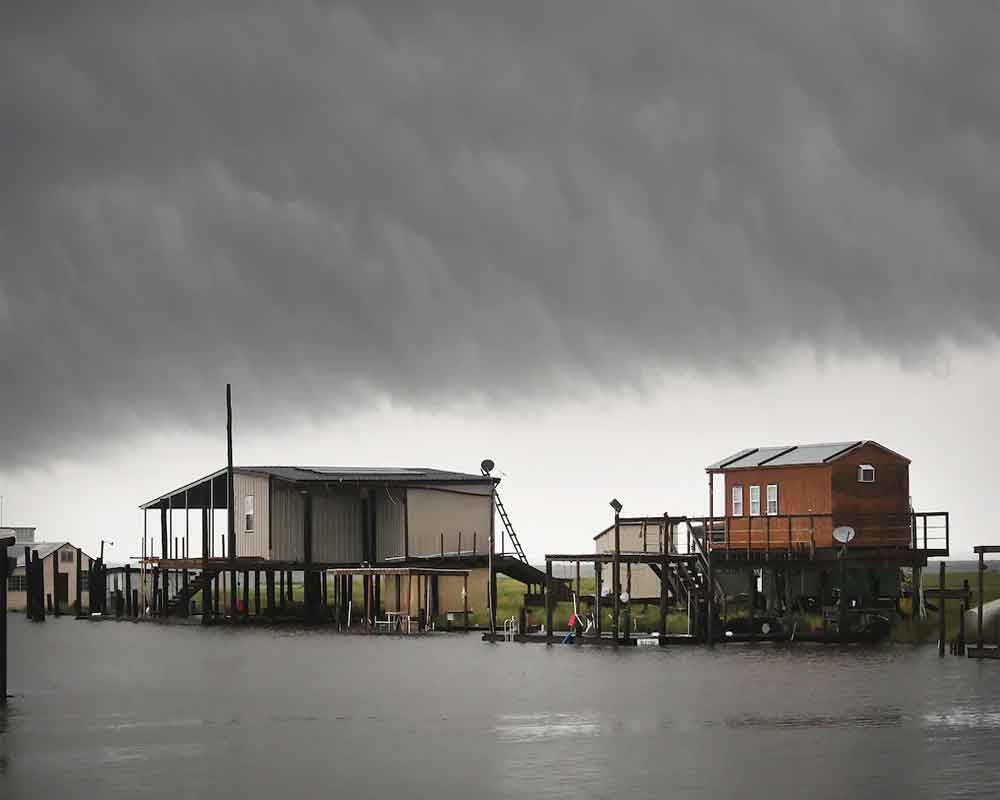 Tropical Storm Barry buffeted the US state of Louisiana on Sunday, bringing more heavy rain and possible tornadoes to the region even as it weakened.

After briefly becoming the first hurricane of the Atlantic season, Barry was downgraded to a tropical storm after making landfall on Saturday. It nevertheless moved insland with a serious punch.

While there were few indications yet of widespread flooding, Louisianans kept a wary eye on several rivers and canals being pushed to their limits by the torrential rainfall and by flooding upstream.

Rain fell in New Orleans, the state's biggest city, on Sunday but there was little wind. Flights in and out of the city's airport resumed after all were canceled on Saturday.

Thousands of people had abandoned their homes and tens of thousands lost power.

Fears that the levee system protecting New Orleans could be compromised eased after the Army Corps of Engineers voiced confidence that it would hold, but Mayor LaToya Cantrell urged residents not to be complacent.

"We are not in any way out of the woods," she said, adding that flash flooding remained a threat to the city of 400,000 known for its Mardi Gras and jazz.

President Donald Trump on Sunday warned of "major flooding in large parts of Louisiana and all across the Gulf Coast.

At a late Saturday press conference, Louisiana Governor John Bel Edwards told residents: "Don't let your guard down thinking the worst is behind us."

As of 11:00 am Sunday (1500 GMT), the storm's maximum sustained winds had dropped further, to 40 miles (64 kilometers) per hour. It was located southeast of Shreveport in western Louisiana, moving north at a leisurely nine miles per hour, the National Hurricane Center said.

"Barry is forecast to weaken to a tropical depression later today," the NHC said, adding that the storm should move over Arkansas late Sunday and early Monday.

"The rain is the threat," he added, not only while it falls but in a couple of days when floodwaters move back down the Mississippi River to the Gulf of Mexico.

Tornadoes were possible in parts of Louisiana, Mississippi, western Alabama, eastern Arkansas and western Tennessee, the NHC said. Rainfall estimates had been lowered to between six and 12 inches (15 to 30 centimeters) over south-central Louisiana but rivers and canals across the state's south were full.

The heavy winds scattered tree branches across roads and knocked down street signs. In St. John's Parish next to New Orleans, local television footage showed some areas under two or more feet (60 centimeters) of water.