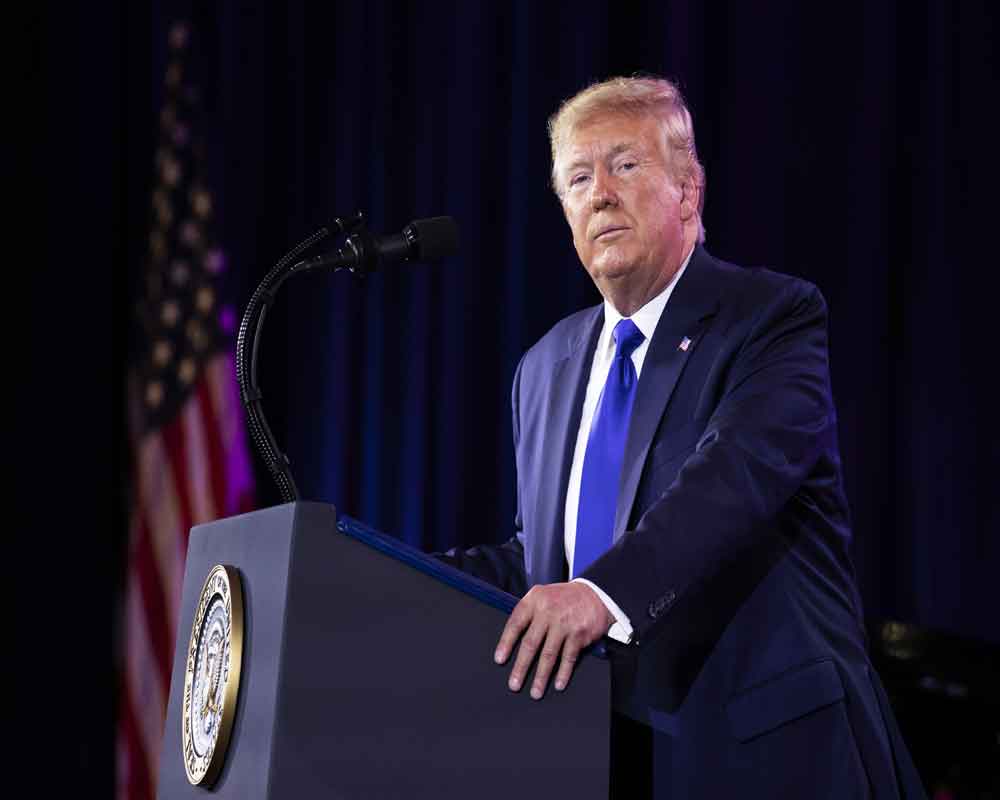 The White House said Monday President Donald Trump "strongly condemns" a graphically violent parody video that depicts a likeness of him shooting and stabbing his opponents and members of the news media. The parody was shown at a meeting of Trump supporters at his Miami resort.

Journalists covering the White House have called on Trump to condemn the video, in which Trump's critics and media members are portrayed as parishioners in a church fleeing his gruesome rampage.

The fake Trump strikes the late Sen. John McCain in the neck, hits and stabs TV personality Rosie O'Donnell in the face, lights Sen. Bernie Sanders' head on fire and shoots or otherwise assaults people whose faces are replaced with news organisation logos.

Trump's face is superimposed on a killer's body. Among the targets: former President Barack Obama, Black Lives Matter, Democratic Rep. Maxine Waters, Bill and Hillary Clinton and Rep. Adam Schiff, who as Democratic chairman of the House Intelligence Committee is leading the impeachment inquiry of Trump.

Press secretary Stephanie Grisham says in a tweet that Trump hasn't yet seen the video but will soon do so. She says, "based upon everything he has heard, he strongly condemns this video." The video and its screening were first reported by The New York Times .

The "unauthorized video" was shown last week "in a side room" at an American Priority conference at Trump's Doral Miami resort, the event's organizer, Alex Phillips, said in a statement. Trump was not present for the event.

"This video was not approved, seen, or sanctioned" by the event's organizers, Phillips said.

The White House Correspondents Association, which represents journalists covering the president, issued a statement late Sunday saying it was "horrified" by the content.

"All Americans should condemn this depiction of violence directed toward journalists and the President's political opponents," said Jonathan Karl, WHCA president.            "We have previously told the President his rhetoric could incite violence. Now we call on him and everybody associated with this conference to denounce this video and affirm that violence has no place in our society."

The video includes the logo for Trump's 2020 campaign but Tim Murtaugh, spokesman for the campaign, told the Times the "video was not produced by the campaign, and we do not condone violence".

Phillips told the Times the video was played as part of a "meme exhibit" and was not associated with or endorsed by the conference "in any official capacity." ''American Priority rejects all political violence," he said, and is looking into the matter.

The setting for the massacre is the "Church of Fake News", capturing Trump's familiar refrain about news stories and organizations that he deems unfair.

CNN, The Washington Post, BBC, PBS, NBC and Politico are among the news organisations depicted as victims of the fake Trump's violent fury.