Would be surprised if North Korea acted hostilely: Trump

Would be surprised if North Korea acted hostilely: Trump 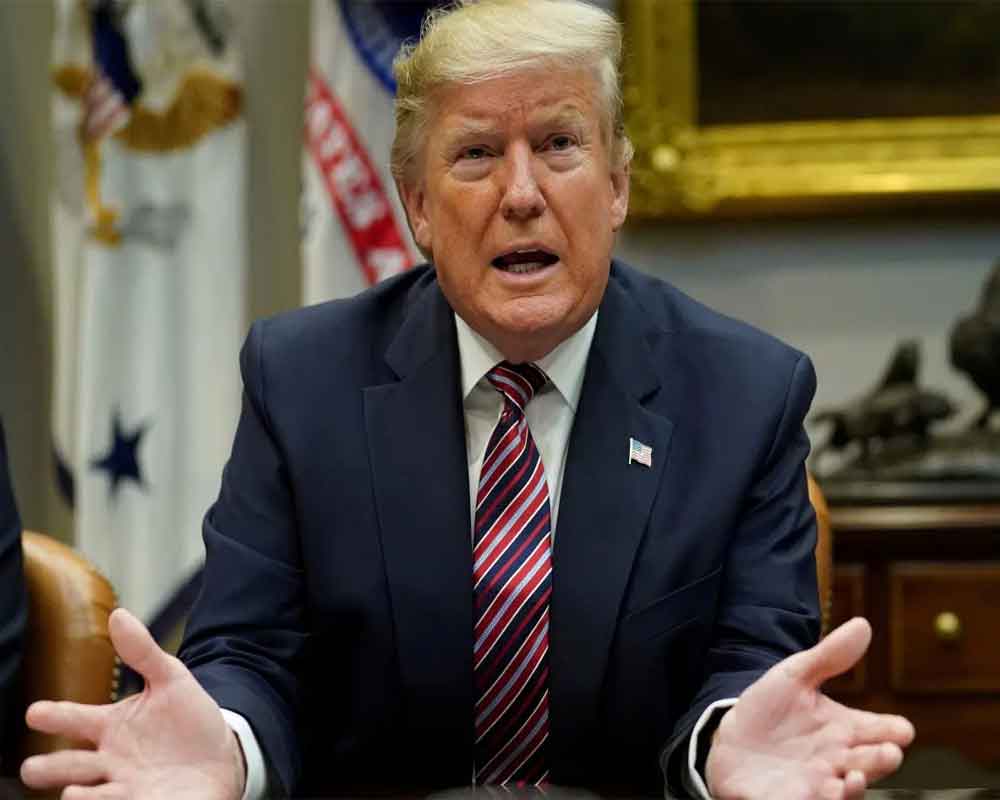 President Donald Trump Saturday said he would be surprised if North Korea acted hostilely, hours after the country's ambassador to the UN said denuclearization will not be discussed in negotiations with the US.

Trump's remarks came in response to a question after North Korea's ambassador to the UN Kim Song said that denuclearization is off the table in talks with the US.

"We do not need to have lengthy talks with the US now, and the denuclearization is already gone out of the negotiation table," Kim Song said in a statement on Saturday.

Hours later, when reporters asked Trump as to how does he plan on re-engaging North Korea in the negotiations, he said, "We'll see about North Korea. I'd be surprised if North Korea acted hostiley [sic]."

"I have a very good relationship with Kim Jong Un.  I think we both want to keep it that way. He knows I have an election coming up. I don't think he wants to interfere with that. But we'll have to see," he said.

Trump said that he has a good relationship with the North Korean leader. "He's somebody that I've gotten along with very well for three years, and he's gotten along with me very well. So we'll see how it goes. But I really don't think he wants to interfere with the election," he said.

The North Korean statement was in response to condemnation by six European countries –- France, Germany, Britain, Belgium, Poland and Estonia -- of North Korea's 13 ballistic missile launches since May.

In his statement, the North Korea ambassador accused them of playing "the role of pet dog of the United States in recent months".

He called their statement "yet another serious provocation" against North Korea's "righteous measures of strengthening national defense capabilities".

"We regard their behavior as nothing more than a despicable act of intentionally flattering the United States," Kim Song said.

North Korea's First Vice Foreign Minister, Choe Son Hui, in a statement early this week, said his country will resume insults of Trump and consider him a "dotard" if he keeps using provocative language.