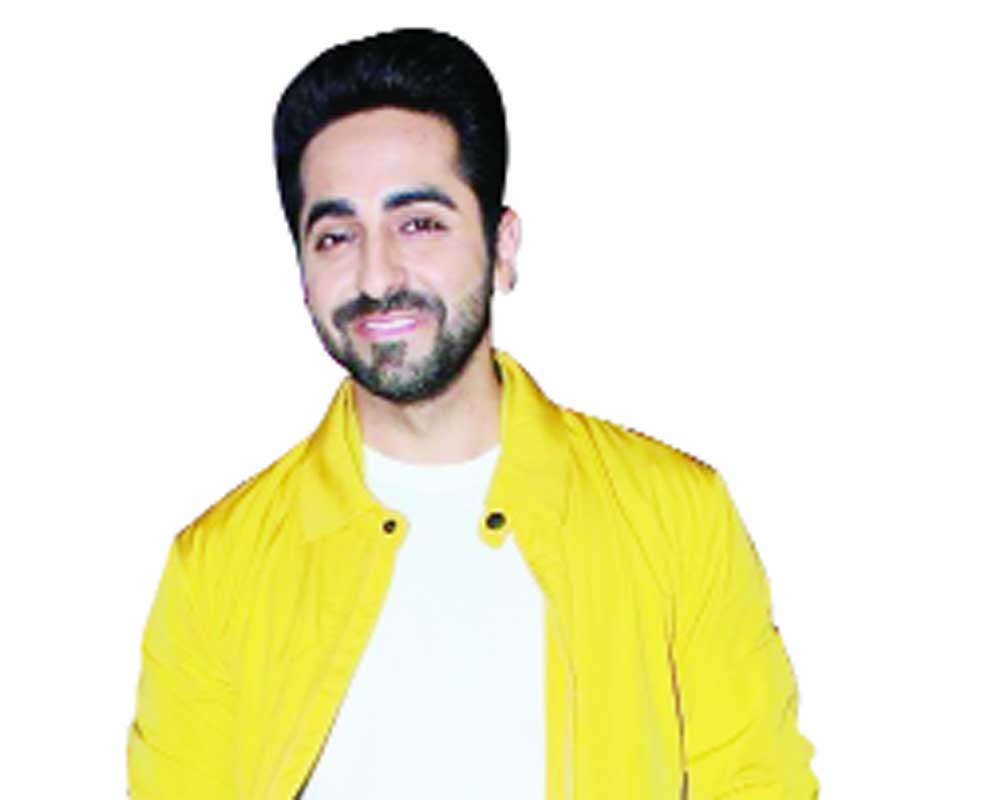 Winning the National Award was always on Ayushmann Khurrana’s bucket list, contends the actor, who is “ecstatic” as his wish has been fulfilled with a double dose of delight.

At the National Film Awards, after all, not only did Ayushmann win Best Actor for his role in Andhadhun, but his other release last year, Badhaai Ho, ended up winning the honour for Best Popular Film Providing Wholesome Entertainment.

“I am feeling ecstatic. Actually, I am still trying to digest this. It on my bucket list when I came to Mumbai to become an actor,” Ayushmann said. “The kind of films that I do are about credibility and content. I was actually looking forward to this to happen someday in my life. Actually, when you’re doing a particular film, you don’t do it thinking about an award but I am glad this happened with Andhadhun,” he added.

Ayushmann, who has been impressing all with his unique choice of films that focus primarily on content, informed that his family is overwhelmed after his win. “My father was almost choking on the phone when we spoke, after hearing the news. He was so overwhelmed that he could not talk properly. I feel it was even more overwhelming for him than me. Tahira (the actor’s wife) was also emotional,” said he, who shared his Best Actor trophy with Vicky Kaushal’s performance for Uri: The Surgical Strike.

Ayushmann was shooting for an ad-film when the news reached him. “I was shooting for an ad-film and there were people around me. So it wasn’t exactly a ‘me moment’ for me. I was busy with the shot when suddenly congratulatory messages started pouring in on my phone. I was so shocked to learn that all this has happened. It was all so surreal. Incidentally, I was shooting with the cinematographer of Uri (which won Best Actor and Best Director). So both of us did a high five and the entire crew started applauding. They arranged for a special celebration for me on the set. It was quite overwhelming,” he recalled.

In fact, the actor is so overjoyed that he has penned a poem and posted it on social media, to commemorate his bagging the honour, where he recalls the days when he used to travel to Mumbai in second-class sleeper compartments in the rains, just as it is has been happening over the past few weeks.

Reminiscing, the Article 15 actor said, “When I was in college, I used to travel to Mumbai in second class sleeper compartments along with my friends. Every year, we used to travel by second class sleeper for different competitions. That’s my best memory. The journeys used to be quite long. The trains would sometimes take between 28 to 48 hours. But the journey from being a radio person to a TV guy to an actor and finally the national award, has been a really long one.

Ayushmann and Vicky, the two young artistes who have shared the Best Actor award, seem to share a warm respect for each other. The Andhadhun actor described the Uri star as a “gem of a person.”

“Vicky was the first person to call me after getting the news. It was very sweet of him. Even as I got to know of the news, there was a call from Vicky. We virtually hugged each other over the phone. He is such a gem of a person. It was very gracious of him to give me a call,” Ayushmann said.

On the work front, Ayushmann will soon be seen in the romantic comedy Dream Girl. The film, directed by Raaj Shaandilyaa, is slated to hit theatres next month.