A tour of history

A tour of history 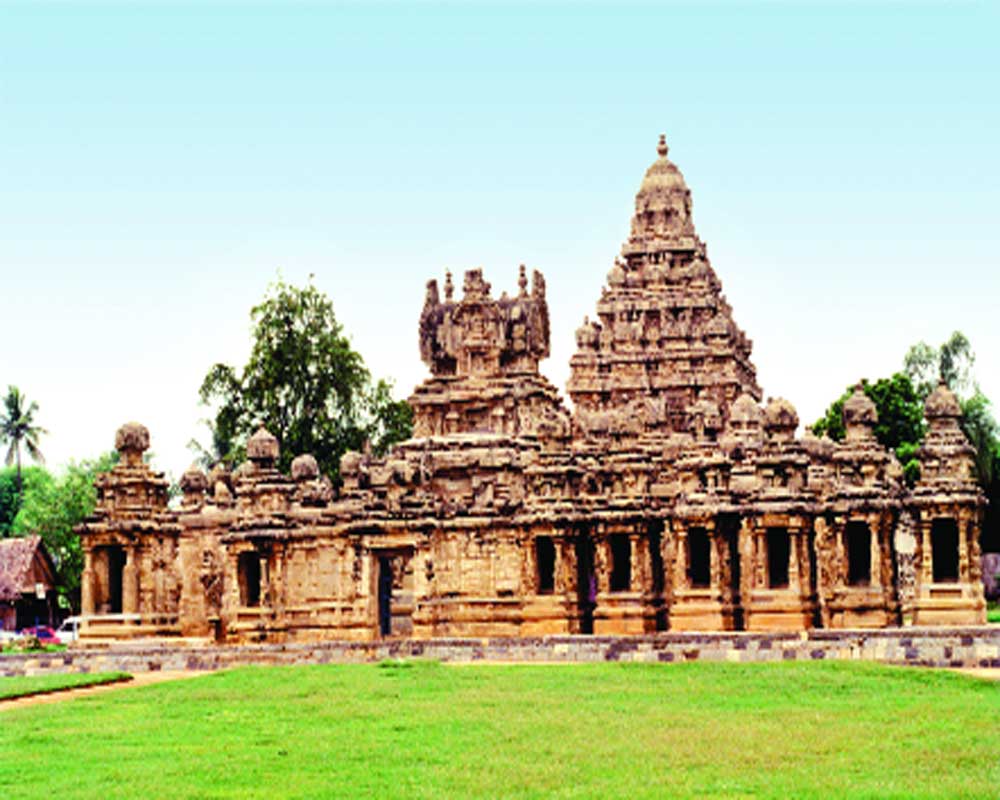 For his documentary, Imperial City of Kanchipuram, filmmaker, art-historian and photographer Benoy K Behl found his muse in South India. By Team Viva

South India is a place of worship for artists. The region is replete with rich and vast culture and traditions. Even though they have kept their age-old traditions intact, they haven’t shied away from embracing modernity. Its history and monuments are evidence of the stories for the rest of time.

For filmmaker, art-historian and photographer Benoy K Behl, Kanchipuram became a place of inspiration. He depicts that in his documentary, Imperial City of Kanchipuram. Behl says that Kanchipuram is one of the seven most holy cities for Hindus in India.

Many famous Buddhist philosophers and thinkers were born in the city including Bodhi Dharma, who introduced Zen Buddhism in China at the Shaolin temple in the 6th century. The word Zen comes from Dhyana and this form of Buddhism also spread to Japan, where it made a landmark contribution to Japanese culture. It is also believed that Bodhisena, who was invited by the Emperor of Japan to inaugurate the 8th century temple of Todaiji in Nara, was from Kanchipuram.

Large numbers of Roman coins have been found in this part of Tamil Nadu, so we know that Romans did extensive trade in the area. The considerable trade and interaction with South East Asia is seen from the fact that the Pallava alphabet is still used in many of the scripts of South East Asia. Romans came to Kanchipuram for spices and because it was a major cotton weaving centre. The cotton of course came from further North from the Deccan, it was brought here and the weavers developed this very fine art of weaving the Kanchipuram cotton saree.

Behl, in his documentary, showcases the rich history of the city. He tells us that Kanchipuram was also one of the greatest centres for the study of Sanskrit, Pali and Tamil. Today, it is known as a city of a thousand temples. King Rajasimha made the glorious Kailashanatha Temple here for his personal worship. A foundation inscription states that he erected this great house of Shiva “to reflect his own glory and the laughter of the Lord.” The temple is dedicated to Shiva Gangadhara, the bearer of the river Ganga.

“The entire complex of this royal temple is grand and lavishly sculpted. Rampant lions and a  royal symbol of the Pallavas are made everywhere. They display the vigour and courage of the spirit within us, to fight the demons of our ignorance. They also display the glory of the Pallava king, who made the temple. It has many images of Durga as Mahishasur Mardini. It is one of the most expressive images of Indian art. Durga personifies the energy and power within us to face and to destroy the demon of our ignorance,” says Behl and adds that there is a panel of ganas, only thirty inches in height, which runs along the base of the temple. It displays the high quality of carving everywhere in the temple. Ganas are an important motif in Shiva temples and they depict the joyous spirit of the worship of the lord.

The filmmaker shares that the temple presents the essential features of the style of South Indian temples, which were to follow. Near Kanchipuram is a township now called Chinna Kanchipuram, which means little Kanchipuram. In the olden days, this may have been Jaina Kanchipuram. The Vaishnava and Jaina establishments would have been there, while the Shaivite and Buddhist were in the main city. “Indeed, Kanchipuram was also a great centre of Jaina and Buddhist learning in ancient times,” says Behl and goes on to add, “Adi Shankara established Mathas all over India, the four main ones being at Jyotirmath, Dwaraka, Puri and Sringeri. He also made a Peetha in Kanchipuram and after his time there has been continuity of Shankaracharyas, who have had a very major role in the history of the development of Hinduism in this region. Also belonging to Kanchipuram was another very great Vaishnava saint Ramanuja.

Behl says that Kanchipuram, historically has been a great centre of Hinduism, Buddhism and Jainism.