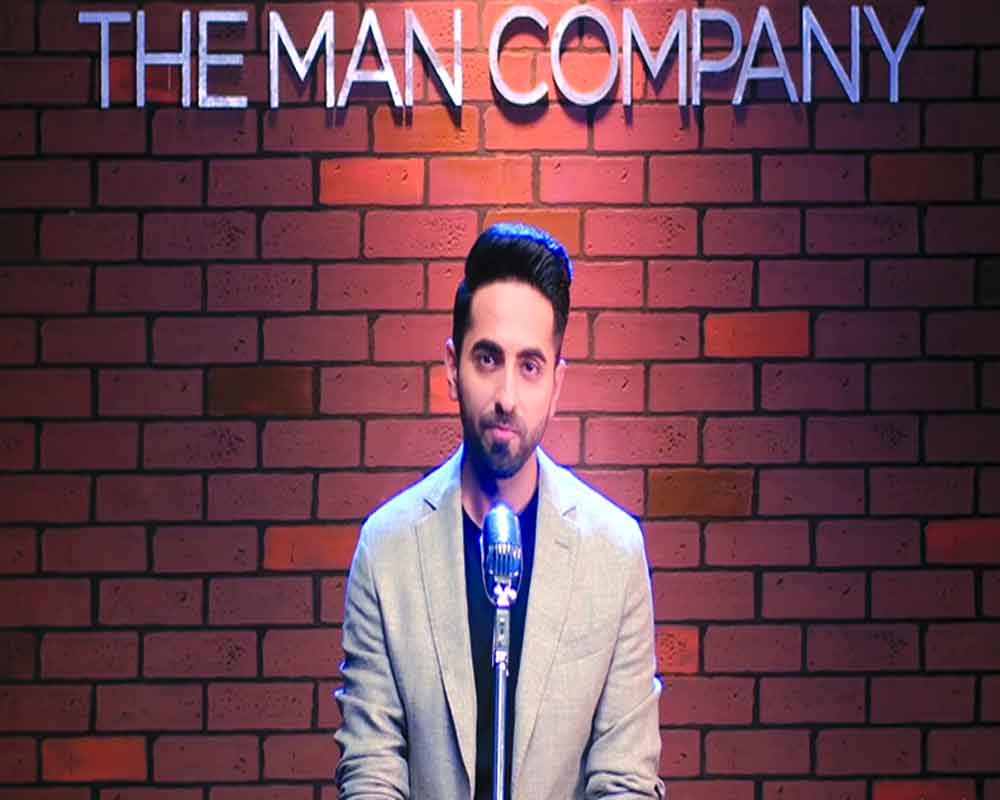 Advertisements are increasingly turning gender roles on their head and projecting a man who is not defined by stereotypes. Ayushi Sharma maps changing perspectives on International Men’s Day

What makes one a true gentleman? Do the likes of a certain Mr Darcy or Rhett Butler come to your mind? Or is it the more contemporary take by actor Ayushmann Khurrana who points out the gender stereotypes that men are bogged down by even today? In the latest ad by the grooming brand, The Man Company, the actor makes the point that in recent times, being called a ‘gentleman’ has less to do with the last name or profession and more with the mindset and attitude. The narration of the video goes on like... Mard ka ek stereotype hai. Woh ghar chalayega, woh ladki ko bi bachayega, woh royega nahi, weak nahi hoga... Lekin jisko dard hota hai asal mein vahi mard hota hai (Man has been stereotyped with cliches like he runs the house, saves the girl, doesn’t cry or fall weak... But the one who feels the pain is the actual man.) He then breaks this mould through his own life and aspirations by saying that he wanted to be a man who is true, one who could sing and cry and if he could, save someone too. He mentions that a man can like anything from the colour pink to the rock band Pink Floyd. The ad breaks the age-old notions about masculinity in a patriarchal society and conveys a message that being ‘soft’ doesn’t necessarily stand in contradiction to masculinity rather strengthens it. He believes that men and women are different but that should not form the basis of differentiating between the two.

The Ariel ad made one question the assumption that household chores are a woman’s domain. It opened with an older man sitting and observing his daughter performing all the household tasks along with a call from work while her husband sits and watches the television, asking her to prepare his evening tea. Her father’s off-screen voice reads a ‘Dear Daughter’ letter in Hindi as he is stunned to see the pressure his ‘girl’ is facing. He admits later that he is sorry for having provided her with a wrong role model. It simply talks about how we are conditioned into believing that some chores are only for women, while others are confined to men.

Remember the Airtel ad where a strict and stern female boss ordered two male colleagues to get an assignment done, with one of them protesting its feasibility? The boss still demands that they should manage. Later, in the evening, only one man is seen working over-time. He receives a call from his wife (who also happens to be his boss) asking what he wants to have for dinner and requesting him to come early. The ad clearly portrays the strong female boss at work, on one hand, and a caring wife on the other. The roles have been reversed and yet the man seems to be comfortable with it. No display of affronted male egos here.

Next comes the Havell’s #HawaBadlegi advertisement where a couple goes to a marriage registrar’s office. The husband chooses to take the wife’s last name, making the official do a double take. A brilliant yet another simple take to shatter the ceilings. The campaign portrays how men are changing their attitude towards the women in their lives.

A commercial of Biba too normalises how men could be on the other side of the so-called gender divide. The ad showcases the father of a girl who demands that the boy should also learn to cook for his wife to take care of his daughter in the future. He asks, ‘Beta, khaana bana lete ho?’ (Can you cook?), presenting a situation, where usually the opposite happens. The boy responds by inviting his in-laws to come over for dinner for 10 days. It projects the man who is more accommodating and not helmed in by watertight ideas of gender roles while making the arranged marriage set-up fair to both genders.

With more marketers and advertisers understanding the importance of gender equality today, brands are understanding the responsibility that they have towards the public in how they choose to market their products. It works for the cash registers as well as 65 per cent of youth, who are more likely to purchase products on how they perceive the brand, as per Vice Media. A Nielsen report also shows that 65 per cent of total sales of consumer goods measured globally are generated by “brands whose marketing conveyed commitment to social or environmental value.” Cheers to a more progressive advertising!