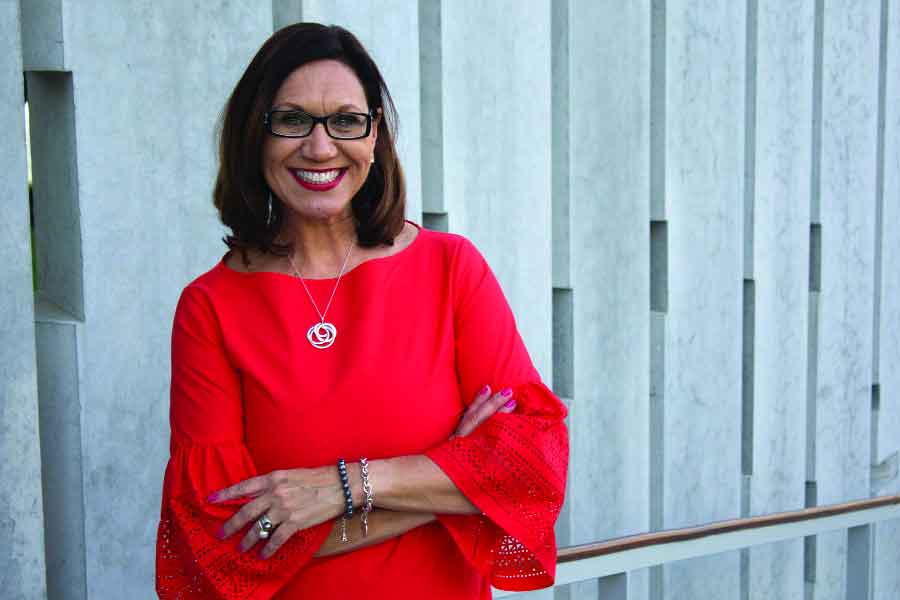 As Australian author Anita Heiss sets her foot in India for the festival, she speaks about how the indigenous literature scene has evolved over time. By Chahak Mittal

Women writers have surely crusaded a war against age-old practices and established systems, calling them out and unacceptable.

They have shared varied emotions related to female experiences and incidents of injustice in their works. From a woman like Elizabeth Bennet trying to express her individuality in a society that demanded social conformity to Bertha Mason, loud, subversive and sexually wanton as well as women like Virginia Woolf who wrote about the need for some space and a room for themselves. These women had initiated the feminist movement long ago and continue to fight for it even today. Many writers have also started a debate about the empowerment of other marginalised sections like the indigenous communities.

One such is Australian writer Anita Heiss who introduced the meaning of ‘Mr Right’ for a woman through her works to the world and initiated a global dialogue on indigenous literature that talks about experiences of injustice against not just women but also Aboriginal communities and societies, especially Australia.

As she becomes a part of the ongoing Jaipur Literature Festival this year as a part of the Australia Fest in India, she talks about how she feels about such festivals creating a socio-cultural impact and initiating an academic dialogue. She says, “Festivals of this calibre and size provide the perfect showcase for cultural exchange between a number of nations. It’s a platform where various authors as producers of cultural products — novels, poetry, memoirs, histories etc — tell the stories of countries but holding a mirror up to their society to say ‘This is who we are.’”

She feels that without such literary festivals, many stories about the why and how of authors are left unheard. The reading audience needs to hear individual stories of writers and interact with them and know about their research and literary purpose.

Featuring deeply personal experiences of 51 aboriginal Australians from remote locations, cities and suburbs, Heiss’s book Growing Up Aboriginal in Australia, had provided an insight into how some of them had to deliberately play down their aboriginality to avoid scrutiny and endure casual racism.

She speaks about her with time the indigenous literature has evolved. “First Nations writing or Aboriginal syllabic from Australia has been translated into many languages around the world and we have toured internationally in groups and as individuals.” She gives examples, “Works like Doris Pilkington Garimara’s Follow the Rabbit-Proof Fence is probably the most well-known literary work. That story opened up the world’s minds to the reality of generations of stolen Aboriginal children in Australia. My own work has been translated into French, Farsi, Spanish, and Mandarin to name a few translations, and I have performed by work across the USA, Canada and Europe. Increasingly, international audiences are wanting to hear First Nation stories from First Nations Peoples, not anthropologists and historians who often have an observers’ role.”

For someone, who has stood so strongly for the Aboriginality culture in Australia, the main focus at the festival would be to initiate a dialogue on “Aboriginal identity and getting more such writers into print to share their own stories through anthologies like hers. My memoir, Am I Black Enough For You? will also be discussed and I’ll be reading from I’m Not Racist, But... a collection of social observations.”

The author, who is known for her several awards and accolades for her contribution in standing for the Australian Aboriginal communities, believes that her capacity to tell a story has developed manifolds in the last two decades.

She says, “I can see the difference in depth of a story told from my first adult novel Not Meeting Mr Right (2007) to my most recent novel Barbed Wire and Cherry Blossoms (2016). I’ve challenged myself more with every new title. I set for myself a new challenge with every new book. For instance, with Tiddas (2014), I had five protagonists. The challenge there was to tell the story through each one of them’s perspective. I needed to make sure that they all had equal development over the course of the novel and equal say. The challenge I have set myself for the book I am currently working on is to show dialogue between two characters in Wiradjuri language.”

She adds that she is still learning the language and “it will be an enormous effort for me to get it right.”