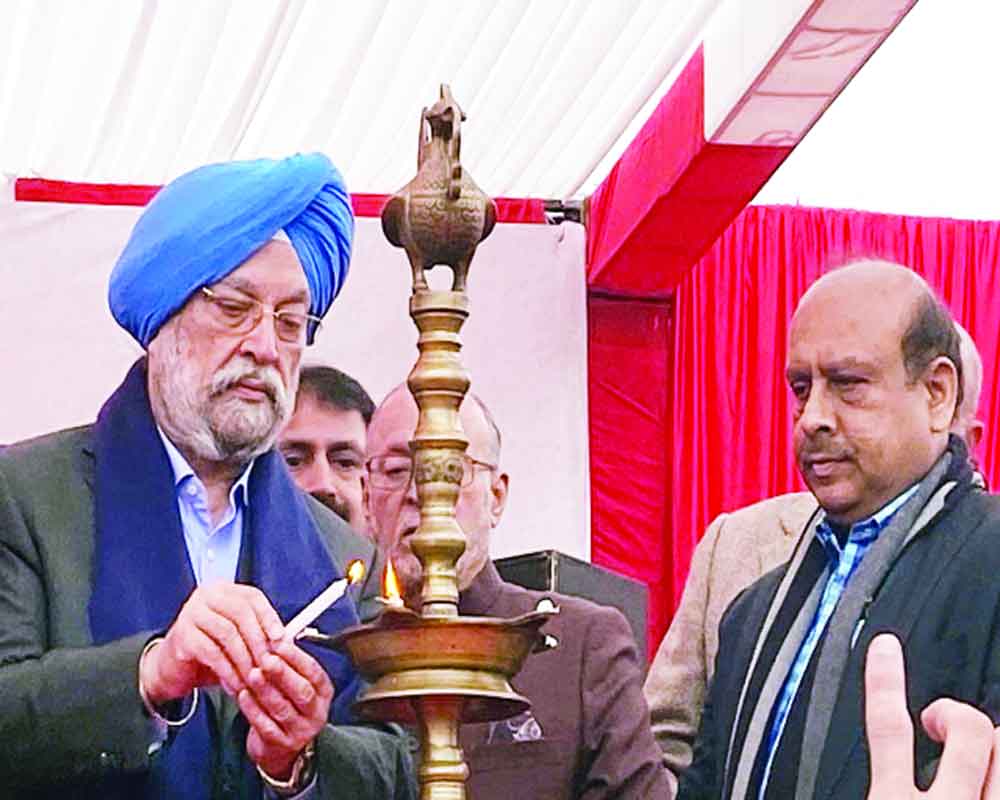 Hardeep Singh Puri, Minister of State (Independent Charge) of the Ministry of Housing and Urban Affairs, Government of India, committed to the government of India to provide homes for homeless people of the country by 2022 and this initiative is being vigorously monitored for effective implementation. He said around two lakh houses under the Pradhan Mantri Awas Yojana (PMAY) are being provided in Delhi. The Delhi Development Authority (DDA) has already initiated tending process to slum dwellers under IN-SITU Rehabilitation Scheme for slums in Delhi.

Around 50 lakh people residing in unauthorised colonies in the city are being granted ownership rights under Pradhan Mantri unauthorised in Delhi Awas Adhikar Yojana (PM-UDAY). The ownership of such residents will be accorded through conveyance deeds at very nominal rates.

A portal has also been launched which will facilitate the applicants to apply for ownership rights online. The brochures containing detailed information relating to PM-UDAY was also released in the presence of lieutenant governor, Delhi, vice chairman, DDA, Vijendra Gupta, MLA, Rohini, leader of opposition, Delhi Legislative Assembly and member of DDA, among others. Singh said that the delineation of boundaries of unauthorised colonies and mapping has been taken up on war footing. Out of 1,731 unauthorised colonies, more than 1,500 maps of the colonies have already been delineated and more than 1,100 maps have already been uploaded on the portal. More than 8,300 applicants have already registered themselves on the portal for seeking ownership rights in the unauthorised colonies. Directions have also been given to the DDA to expedite the process in a stipulated time-frame enabling the residents of these colonies to get the ownership rights.

Anil Baijal, lieutenant governor, said that Rohini is witnessing major technological transformation and the area is being developed at a fast pace. He also complimented the Delhi Development Authority for such a change. He praised Vijendra for his sincere efforts for over all development of Rohini.

Vijendra thanked Singh and Baijlal for sanctioning these projects in the Rohini area and also for paying special attention for the overall development of the place. He said that the residents of more than two hundred unauthorised colonies of Rohini will be benefitted from the landmark decision and PM-UDAY.

He further added that he is committed to the overall development of Rohini and DDA is earnestly working towards it.

Tarun Kapoor, vice chairman, DDA, highlighted the initiatives taken up by the Delhi Development Authority to develop the capital as a world-class city. Not only in Rohini, Dwarka and Narela, but various mega projects are being developed in other parts of Delhi as well. The foundation stones laid today will certainly be another milestone, he said.