Green outside, greener inside

Green outside, greener inside 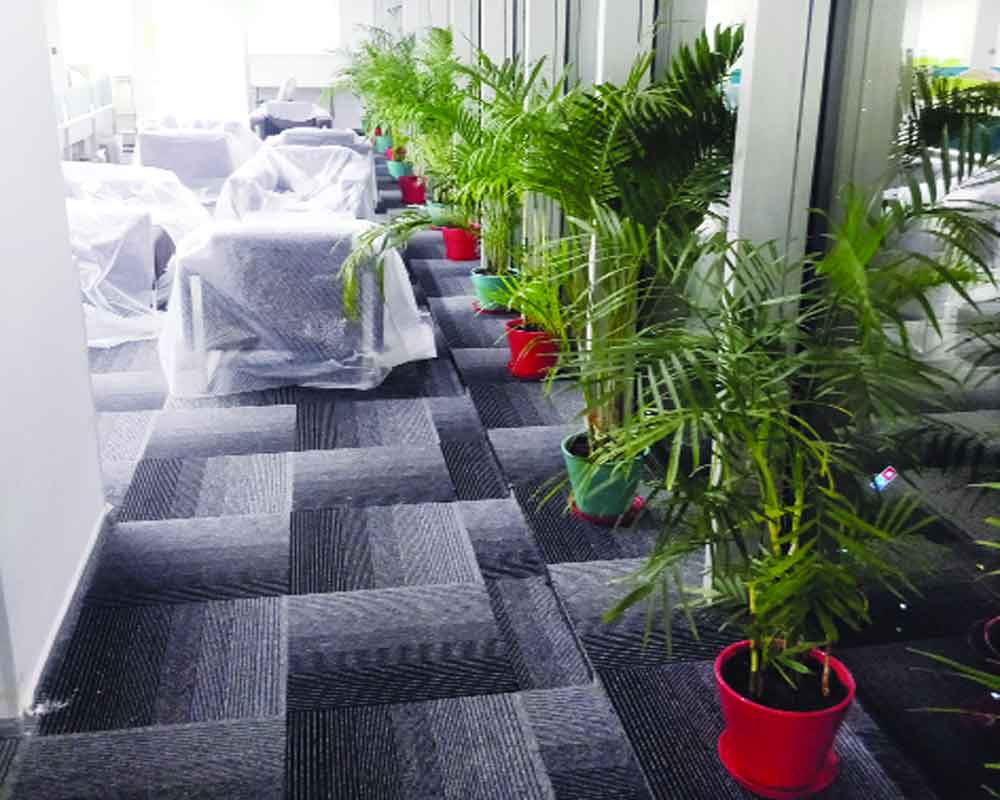 While Greta Thunberg is busy challenging the world leaders, a young social entrepreneur in India is trying to convince people to combat climate crisis by taking the responsibility at a very small level, albeit, for a larger good. By Chetna Verma

Until a year ago, no one had heard of Greta Thunberg. Today, the 16-year-old Swedish environmental activist has taken the world by storm. Speaking at world’s biggest platforms on issues around climate change, she has inspired people across generations. Millions of people from across the globe have joined her protest against world leaders urging them to start working to end the climate crisis. While Greta is busy challenging the global leaders, a young social entrepreneur in India is trying to convince people to do their bit by taking the responsibility at a very small level, albeit, for a larger good. Twenty-four-year-old Harshit Baveja’s idea is simple — gift a plant, gift a life.

In 2016, the state of pollution in Delhi-NCR had alarmed not only its residents but every concerned citizen of the country. It was reported that air pollution had reduced life expectancy of Delhiites by 10 years. With the intention of finding a cure to combat air pollution, Harshit, along with his friend, started looking for most effective, environment-friendly and sustainable options to address the same. They talked to experts, looked for solutions online and researched at various levels. And finally they came across the NASA Clean Air Study. It was a project led by the National Aeronautics and Space Administration (NASA) to research ways to clean the air in space stations. Its results suggested that in addition to absorbing carbon dioxide and releasing oxygen through photosynthesis, certain common indoor plants may also provide a natural way of removing toxic agents such as benzene, formaldehyde and trichloroethylene from the air.

Taking a cue from this report, Harshit decided to gift indoor plants to his family, friends and neighbours. “Besides helping them to stay healthy during those days when air pollution was really high, we wanted to understand the acceptability of the concept among common people. To our surprise, we received quite a positive response,” says Harshit.

The acceptance of plants by people around him encouraged Harshit to explore this idea at a bigger platform. He registered a company, Gift a Life, with the intention of selling the air-cleaning indoor plants. However, it was not just the simple task of selling indoor plants, it involved a certain procedure for the installation. “We understand every space differs and has different needs. Taking this into consideration, we suggest plants which are suitable for the location. We invented the idea of ‘Plant Doctors’ who would visit the concerned spaces and determine crucial factors like area, number of people occupying the space and surroundings,” says Harshit explaining the steps involved. Once the data is collected from the site, it is analysed and major sources of pollutions and the types of pollutants present in that particular space are determined. A final ‘site report’ is prepared along with a custom plan to tackle the problems. After this in-depth analysis, the air cleaning planters are installed.

The idea, however, did not take off as expected. The company did not receive any order for the first three months and the uncertainties had taken over the people involved. “We had become really frustrated. We did not know what to do next to ensure that ‘Gift a Life’ creates a space of its own. We had started losing hope,” says Harshit, who was still in college at that time.

One day when he entered his friend’s hostel room, the latter said, “Look Baveja, I have put a plant in my room.” In that moment, Harshit knew that his idea was here to stay. He says, “It was quite a small impact that our idea had on my friend who made the effort of installing and taking care of a plant. But for me, it was big enough to help me continue motivating people to do their bits.”

The company started contacting various other organisations to pitch the idea of installing the air-purifying plants. Many rejected it straight away while some at least listened. Sharing one such incident, Harshit says, “I can recall approaching a client. They were loud and clear that they do not want indoor plants in their office. We shared the benefits and installed some at no cost just to give a demo. It was for them to see the difference a small change could bring into their office life.”

After three months, Harshit met the client who was immensely happy with the changes. Positivity, productivity and attendance had improved in those three months. Today, the company is taking care of six branches of the office. In the last three years, they have installed these beneficial plants in over 50 companies in Delhi-NCR.

Not just in numbers but they have also evolved in terms of ideas and sustainability in these three years. On Diwali, they try and launch a new product. They have come up with the concept of ‘Eco-Glass Planters’. Its made using easily recyclable products. The plants for this product are selected on the basis of three parameters — it should be an air purifier, available in personalised sizes and should be maintenance-friendly. These are grown in glass-jars. Initially, to make it cost effective, they used pickle bottles and jam jars. But later, to maintain uniformity, these jars were procured from local venders.

They have collaborated with a school being run at a local park. It has around 150 students that attend evening tuition in various classes. Teachers, volunteers and senior students finance the school by using the craft as a skill. For this project, a few teachers and students (all above the age of 15 years) were trained and given necessary skills required to prepare these plant-jars. Each person earns approximately seven to 15 per cent of the total cost per bottle depending on the size, of course. A percentage of this earning is reinvested in the school and a part of it goes to the makers.

Not just this, a certain percentage of the profits goes into plantation drives. “Plants need care. A few simple but dedicated steps are required to ensure healthy growth of plants,” says Mehak Baveja, consultant, business development at the company and sister of Harshit Baveja.

In the next two years, they plan to plant around two lakh trees in Delhi-NCR. “We know our effort is small but this will surely make a difference in the long run. We want people to become more responsible towards nature. Adopting new eco-friendly ways of celebrating and gifting on festivals is one easy way of taking care of our environment,” shares Harshit.