In search of oneself

In search of oneself 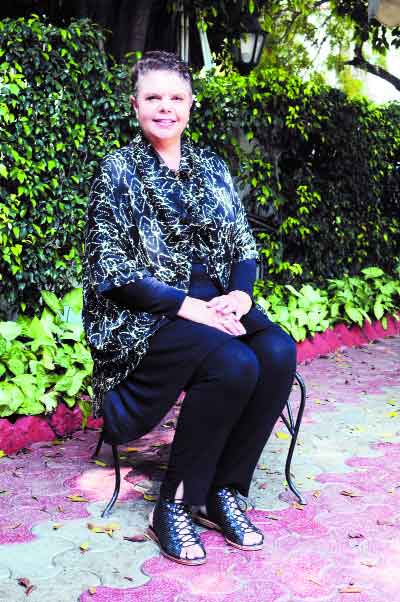 She visited India for the first time in 2017 and ever since she has loved the country and its people. “I knew that I will return,” said Australian Soprano Deborah Cheetham, as she marked the closing ceremony of the six-month long Australia Fest in India recently.

The lyric soprano said that even though her visits to the country have been limited, “Indian music and art have been an important part of music and fashion for most of my life. Now that I have visited the source, I understand better why Indians know and love their culture and are attentive to their craft.”

There are always certain stories and narratives etched deep in the songs that opera singers perform. Talking about the one that Cheetham narrated at the festival, she said that it is Songs of Belonging, which narrated “my journey of discovering my identity as a Yorta Yorta or Jotijota (indigenous Australian people who have traditionally inhabited the area surrounding the junction of the Goulburn and Murray Rivers in present-day north-eastern Victoria and southern New South Wales) woman.”

She believes that such events initiate a cultural dialogue between two nations as “they help us understand each other on a much deeper level.”

Recalling one of her past experiences in India, she said that she plans to expand the art in the country. “Whilst in Mumbai, we visited a school at the Darvai Transition Camp. Although we have no plans to open a school here, I plan to stay in touch with the children who we met in order to mentor them,” said she.

Having performed across the world, she talked about how she has explored different kinds of audience and music practices. “There are fundamental truths which bind humanity together. The desire to understand and realise that you belong to the world is a universal theme and so I find this recital has resonated well with the audience. Also there is so much about Australia which is not fully understood especially the shared history since colonisation and the effect it had on the Aboriginal Nations.”

Talking about the evolution of the industry, she said, “It is true to say that the digital age has changed the way people connect to music thus opening up many new pathways. There is instant gratification everywhere. However I know there is still a place when you are seated in a theatre and the house lights are switched off and you wait in breathless anticipation for the music to be played live.”