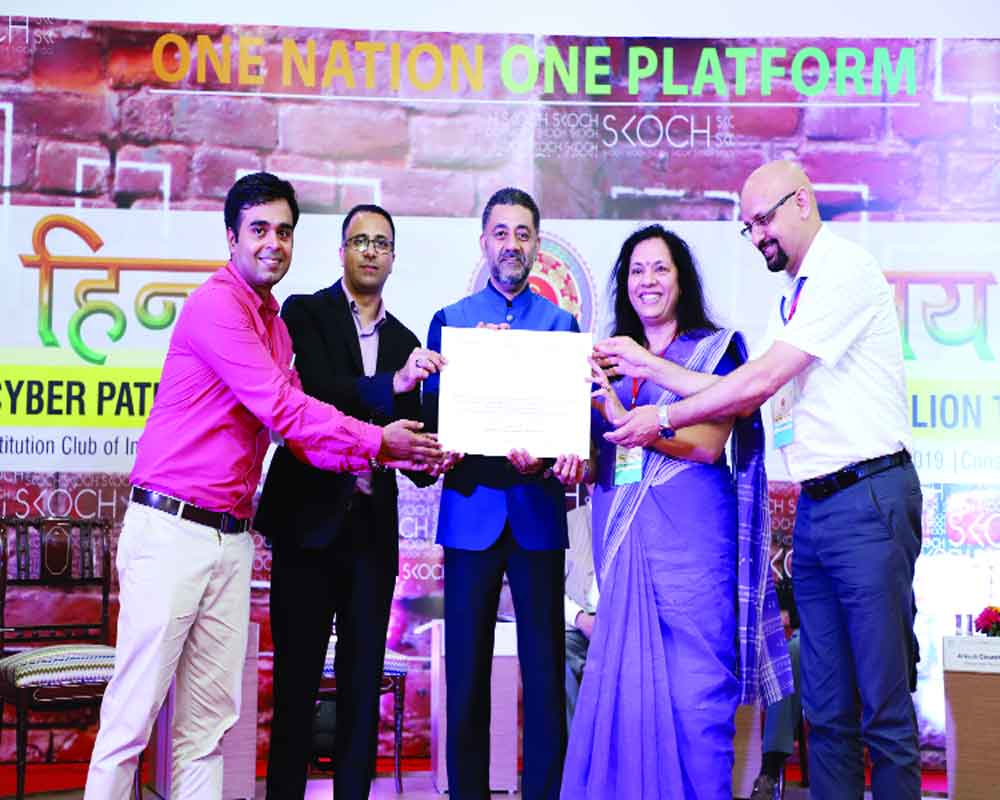 The District Panchayat gets a grant of 29 million for the development work. Ghaziabad Zila Panchayat has received a grant of Rs 1.75 million, which will also be used in development work. The district panchayat administration has started preparations for this. Additional chief officer, Subhash Chandra Mishra said on Wednesday that for the first quarter of the financial year 2019-20, the government has received a grant of eight crore 75 lakh. He said that it will be used for the salaries of the employees of Zila Panchayat, pension of retired officers and employees, and on development works in the villages. Maintenance of property of district panchayat and repair of main roads will also be done. Preparations have been started regarding this.

Prakash Javadekar, Union Minister, addressed a press conference on key decisions taken by the Government in the first hundred days of its second term. He released the booklet ‘Jan Connect' and inaugurated an exhibition on ‘Furthering India's Development — 100 days of Bold Initiatives and Decisive Actions'.

The Ghaziabad Municipal Corporation will organise a workshop to deal with accidents in sewer due to lack of security measures, after the death of the safari personnel who died due to suffocation during the cleaning of sewer. Experts from all across will come to this workshop. They will give safety tips on the matter.

Builders are bringing schemes to deal with recession and sell their properties. Ghaziabad builders will soon be selling real estate property. Proyu Infrastructure Limited offers a scheme of booking a house only for Rs 1 in its officer city project. For the past several years, because of the recession in real estate, millions of builders’ houses have remained unsold, which has weakened the financial condition. Now they want to sell those property by bringing up new schemes.

Puneet Tyagi, director of the organisation, says that the 14-floor project has 18 towers. He claims that the society has all the facilities. The customers can easily book their favorite sites by paying just Rs 1. One can start the loan process later and pay in easy installments. He shares  that real estate has increased by 25 to 30 per cent compared to the year 2017.

Carnival of Joy was organised by Wealth Clinic at the Citrus Hotel in the city. The session was followed by a customer meet under this carnival. Around 250 people from Delhi NCR attended the workshop and were briefed how RERA and GST have boosted the demand of the outsiders to invest in.

The true meaning of investment was also explained. CMD of Wealth Clinic, Amit Raheja said, “We have organised this carnival for the purpose of making people aware about right investment.  This area is now becoming the first choice of the people and the demand for residential property is also increasing here.”