It’s all about classics

It’s all about classics 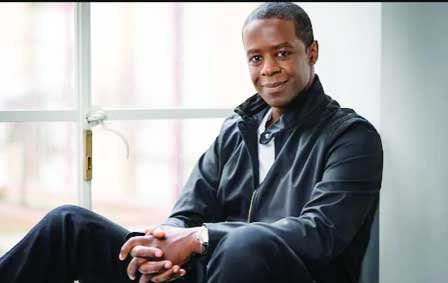 Actor Adrian Lester says he personally believed in art and has collected some original artistic pieces, carvings and triptych from different countries while doing Riviera. By Team Viva

What did you think of the Riviera’s script when you first read it?

I thought it was ambitious. We only got the first two episodes to read and a gentle overview of where things would go after that so you base your appreciation on those two things. But it was a very intriguing series and a world full of art that I haven’t seen before on television so I was glad to jump in and be a part of it.

How do you go about preparing for a role and do you build up a backstory to your character?

When you’re doing a TV project of this nature, you can replace your backstory with front one because you don’t know where the character’s going to end up. Also, the information about their backstory contained in the first couple of scripts you receive is very minimal, so you invent it to make sure you have a real working connection with the other actors to move forward. But what might happen then is you read episode three, which you didn’t get before and suddenly find out that you were orphaned. So you might say “I’m going to do loads of back preparation” when actually you have to just jump in and play. Then when you reach to episodes five and six, those scripts will have been written by writers, who have watched your performances in episodes one and two, so they will be working from what you’ve already brought to the character. So you have to change the backstory for front story and they start to create the character in line with what you’re playing already.

Is it becomes a collaborative process?

It feels collaborative because you get the script and might say “well this wouldn’t happen and that wouldn’t happen,” and then they can shift and change the whole script.

Tell us about your character, Robert?

He’s an art dealer, who trained in the same class as Georgina. They both know a lot about art, although they work on different sides of it. Georgina is a curator and she fells in love with him. Robert, on the other hand, has used his knowledge to start tracking where paintings are being sold, where they are being kept and who has them. It’s quite common for people, who buy a piece of art, to actually have a really good reproduction on their wall while the original is locked away in a vault somewhere.

The explosion sets off a huge chain of events for many people. How does Constantine’s death specifically change Robert’s life?

It changes Georgina’s life and that changes Robert’s life. It brings someone who was very close to him back into his life.

Are you an art lover yourself? What kind of art do you prefer?

I have some original pieces. Some carvings, but not conventional art and there are triptych that I got from different countries. There’s nothing major that falls in line with the classics that people pay millions for.

As an actor, what do you ideally want from a director? Is it freedom? Is it guidance? Or does the answer vary from project to project?

It varies because if you don’t relate to the character, you need to have an expert eye watching you as you climb towards it. Or if the character is close to you, is very emotional and is quote private, then you want freedom and the security that it brings. Every actor works in different ways. Some actors might be brilliant and amazing on their first two takes. Other actors really need to warm up. They get into the skin slowly. So you have to see who’s bringing what in rehearsal and work from that.

You directed episodes seven and eight of this series. How did this understanding of your fellow actors feed into your work as a director?

It’s something you have to read. As an actor who is also directing, I know exactly how the other actor could feel. So when you shout ‘action’, what goes down the lens is brutally real and convincing and they can do that in a very safe environment.

How did you find the experience of directing Riviera given it has such a distinctive cinematic look?

You’ve got set design by 18th-century France and lighting by God, so you just have to point the camera on it at the right time of day, having been given these things for nothing. But having said that, you do require the time, energy, budget and a good crew so that you can capture all these moments and make them as expressive as they could be. The characters are very rich, so we had to put all of that on screen and make people feel like they were watching a very lush, almost voluptuous world of art. And you can’t do a drama set in that world and present it in a picture box frame without treating that frame like it’s a piece of art.

Did you have fun while making the show with such a great ensemble cast?

There were people there from all over the world — Germans, French, Russians, Americans, Britishers. We were all there, speaking all of those languages. Everyone has a slightly different method of working. As a director you step in line with the ways everyone chooses to work and on this series they all brought their cultural influences with them, which was really great.

What did you make of the Riviera itself?

There’s a lot of money there and you can see the part of that world, when you go to Monaco Harbour and see the massive yachts there. They just stay there empty for most of the year. If you have that kind of money, why not just rock up and hire one for five days?

What’s your most extravagant purchase?

Me and my family go so practically through life. We never buy things we can’t see or feel the value of. People telling me something is worth ‘x’ doesn’t sway it for me. I have to see the practical value of something I buy. Therefore, we haven’t really splashed out on anything ridiculously expensive. If there is anything that I truly wanted to keep precious, it is my kids and the best way of looking after them is making sure I don’t spend loads of money on train kits.

(Riviera seasons 1 and 2 are streaming on SonyLIV.)