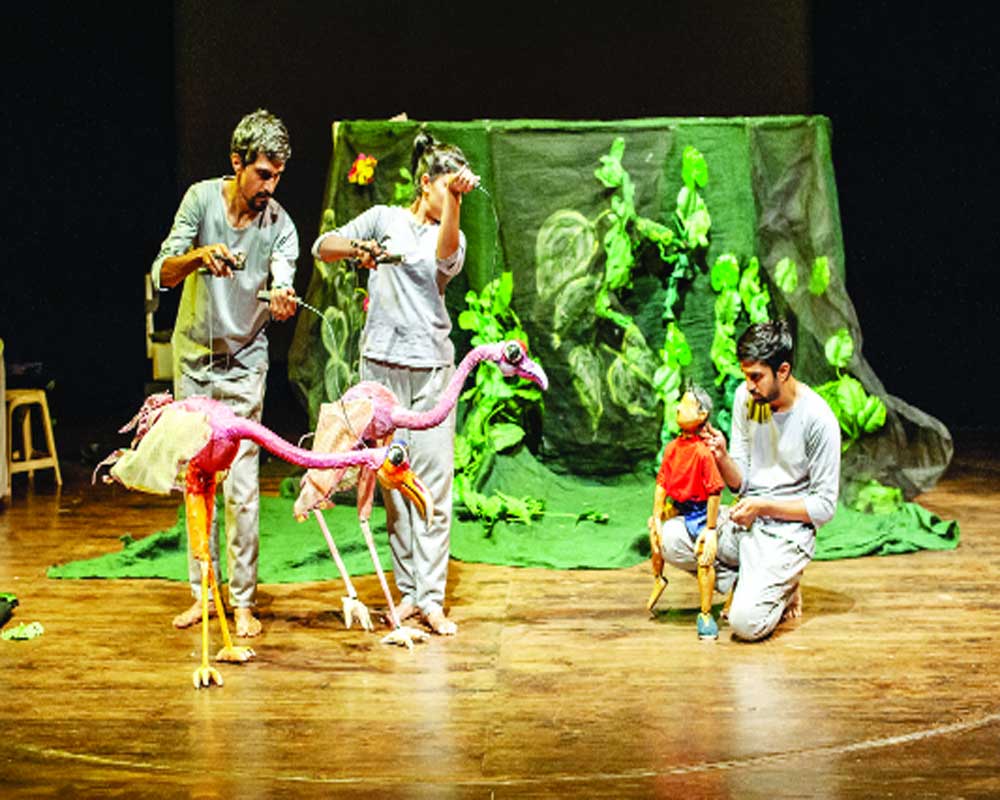 In its 18th edition, Old World Theatre Festival brings a collection of original scripts that entertain, stimulate, provoke and educate. By Team Viva

There has been an evolution in the Indian theatre milieu as a new generation of theatre practitioners came in bringing a powehouse of talent. Recognised as one of the oldest theatre festivals in Delhi, the Old World Theatre Festival will bring a constellation of original scripts. In its 18th edition, the festival has invited a stunning array of productions that entertain, stimulate, provoke and educate in great measure.

The director of programmes, IHC, Vidyun Singh, while announcing the line-up for their festival said, “We are delighted to see such diversity and vibrancy in Indian theatre. They are a result of the growing young talent, who are brilliant, relentless and undeterred by the practical concerns of revenue models, escalating costs of performance spaces and paucity of funds.”

The performances would commence with 1,2, Tree, a puppet theatre production directed by award winning puppeteer, Anurupa Roy. The story is about a seven year old boy, his cat — Bruce Lee and a plant, which they have befriended.

Another delightful opening act will be Unravel: An Improv Play About Mental Health, directed by Varoon Anand. It brings experiences about mental health and wellness to the fore. The ensemble uses spontaneous improvisations, theatre exercises and audience suggestions to shape the final performance.

Other plays during the festival include Gurleen Judge’s, Hunger Artist inspired by Franz Kafka’s chilling short story and Dhasal’s poem Bhook (hunger), a moving portrayal of the agrarian crisis, black theatre broadcast of William Shakespeare’s Macbeth by Tara Arts London, a story of three outrageous hijras who cook up an explosive brew of treachery, ambition and passion, setting an Asian family off on a path of bloody self-destruction directed by Jatinder Verma.

The show will also have veteran director, Neelam Man Singh’s new production Gumm Hai’s recurring. It is the story of Pinki, a young girl who has gone missing from her village for two months and how an inexplicable loss changes the dynamics of the family and community. The show would get extended by Salim Arif’s, Gudamba.

Other than plays, the audience will be engrossed in music as well. Faqeer Nimaana is a dance and music narrative directed by dancer Sanjukta Wagh. The performance is based on Shah Hussain, a mystic weaver poet from 16th century, Lahore.

The festival will close with Makrand Deshpande’s Pitaji Please, the story of love between a father and son and how they are compelled to keep a lie between them to welcome a new person in their lives.

The festival will also see workshops on Improvisation by Varoon Anand, Character Development by actor Aditya Garg and the Big Fat Company’s one day workshop.

(The festival will commence on on August 16 at 7 pm at The Stein Auditorium, IHC).