Prix gets a new face

Prix gets a new face 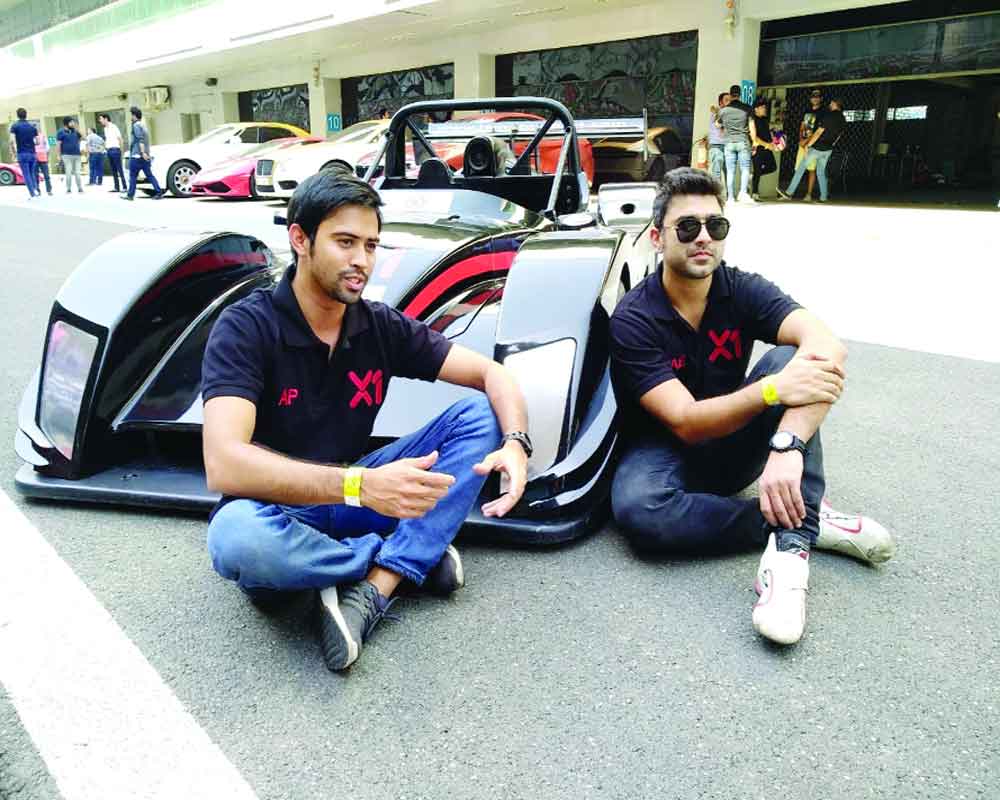 Years after the Formula 1 failed at the Indian racing circuits, car racers Armaan Ebrahim and Aditya Patel announce the X1 League, which will bring the thrill back to the tracks. Chahak Mittal discovers the key moves made to implement the plan

Super cars, classic sports cars, motors, single-seater racing cars, immeasurable race tracks — I had only witnessed them in dreams or while scrolling through my social media feed, until today. Even before I entered inside the main campus of the Buddh International Circuit at Greater Noida-Yamuna Expressway, the whizz of the racing cars as they ran through the tracks was audible. As I stepped into Pit 5 to attend the X1 Racing League Summit, the tracks were what immediately caught my attention. But the best was yet to be for we could experience life in the fast lane in a racing car alongside the driver. Even from far, I could hear the whizz of the car which made my spine tingle. The speed was equally thrilling. But let me confess, that my legs trembled at the thought of sitting inside the mean machine... yet I was extremely tempted to do so.

The next moment I was signing a declaration which said that the racing authorities wouldn’t be responsible for any injury or death, if a mishap took place while I am on the track premises. As I sat in the car, with the harness strapped on and the helmet tightly fitted on my head, my heart was pounding so hard that I could hear it above the din of the cars that were screeching past. But before I could change my mind (not that I had any intention to), we took off! The first few moments were the scariest but so was the thrill which was out of this world. All I could imagine was a huge audience cheering for us and the checked-white and black waving flag to announce that we had cleared the finish line in record time. The lap ended. Too soon, too fast. But it was certainly the experience of a lifetime. It was back from terra firma and to reality.

Indian car racers and young enthusiasts and aspirants lost their hopes of ever witnessing a Formula 1 Indian Grand Prix at the Buddh International Circuit after it was besieged with financial problems including a tax dispute with the government.

However, all that is set to change. The Summit saw the announcement of the X1 Racing League that begins from October 2019, the biggest feature of which is, “that it is backed by government and the Federation of Motor Sports Club of India (FMSCI) assuring long-term partnership rights for city-based 4W racing events and competitions in league format,” said Indian car racer Aditya Patel, at the Summit.

Talking about what went wrong and how it could have had been encouraged after 2011-2013 (the first Grand Prix in India), Patel said, “F1 indeed had a lot of problems and unfortunately, even the government did not back it enough. So they themselves weren’t willing to come back. I feel that if the government would have supported it financially, it would have certainly worked.”

However, he said that with growing technological advancements, more people becoming aware, involved, and interested as well as with more brand sponsors and investors, the racing industry has definitely evolved over the years.

The racing league, he said, would be the world’s first professional franchise-based motorsport league, which will include a mix of track and street races. Racer Armaan Ebrahim, who is co-launching the racing league, said, “This will be a new face of car-racing in the country. India has never had a history of racing but this will initiate a legacy which will last for years to come. You learn from history.” Looking back, he goes on to add, “F1 was not India-centric, had no connection with the Indian public, no government backing or international support. These have been kept in mind to keep this one competitive.”

He added that the league, which includes participation by 32 drivers including both national and international, males and females, had been worked to keep in focus the factors which would “sustain in India and be suitable for it. We have gone in-depth to find such things out.”

The league, he informed us, will go on for 12 weekends, have 24 race days and 40 races. “There was a need to revive this culture in India and encourage its interest in people in order that the the charm of this sport is not lost. It’s an unconventional sport choice which not many opt for freely in this country. To encourage more participation, this was very important. We couldn’t have relied on F1 to come back after years. The young talents and aspirants need proper training and exposure and a platform which is specific to India. Also, such an initiative will bring people from the grassroot level,” said Armaan. There are still a few training centres in India, he claimed, and they “need to grow.”

For someone who has been following the evolution of racing culture as a part of the circuit for 15 years, he said, “It’s been ever-evolving. There are certain companies who do host championships on small scales. The only need now is to take them to the next level. The rationale has been great since India has had so many international car racers as well over the past few years.”

Well, the races, each of which will be of 45 minutes, will take place at the Buddh International Circuit and the MMRT in Chennai.