Tree plantation campaigns around the city

Tree plantation campaigns around the city 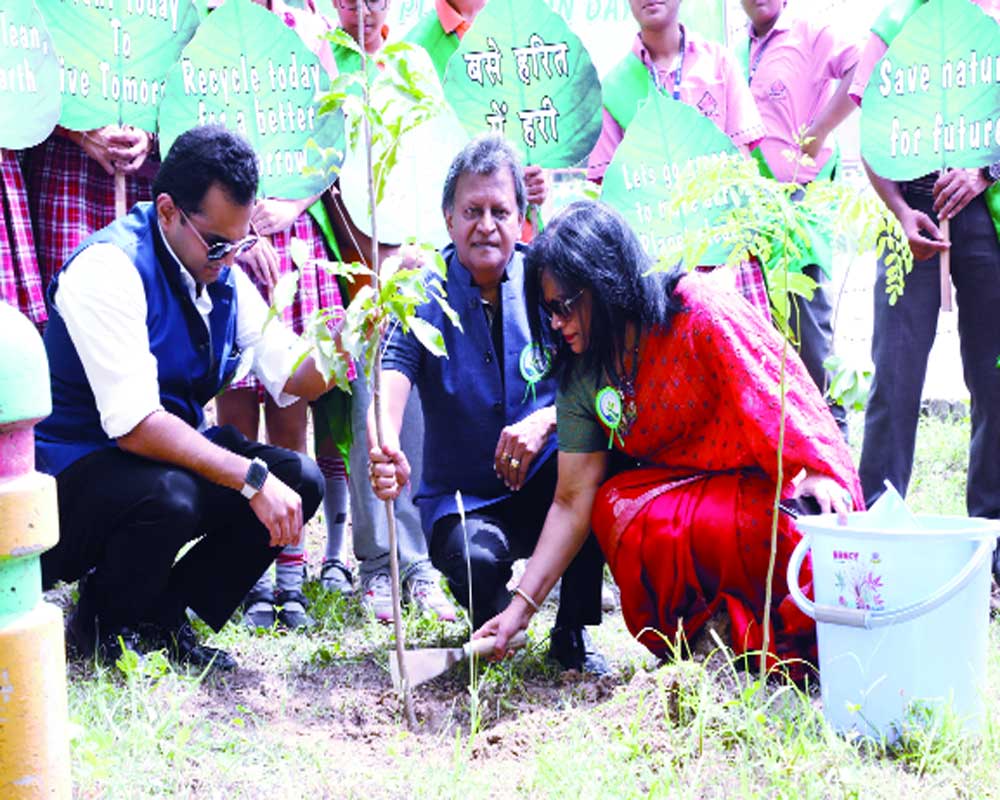 Around nine and a half lakh saplings were planted in a large plantation campaign organised by the Ghaziabad Development Authority (GDA). The campaign was carried out by the chief secretary and Nodal officer of the state, Devesh Chaturvedi. GDA vice president Kanchan Verma, district magistrate Ajay Shankar Pandey, MLA Ajit Pal Tyagi and all the GDA officials were present at the occasion.

Chaturvedi started the massive plantation at Swami Dayanand Park located near the Kavi Nagar industrial area. He said that the state government has a target of planting 22 crore saplings in the entire state, while 8,15,000 saplings were given in Ghaziabad. On the occasion, all the officials including municipal commissioner Dinesh Chandra, additional municipal commissioner Shiv Pujan Yadav, accounts officer AK Mishra, planted the saplings.

The campaign was also carried out at Silver Line Prestige School. It was inaugurated by GDA vice president, Kanchan Verma. On this occasion, director principal Dr Mala Kapoor gave the slogan Om Haritam and Verma congratulated the school administration for the Clean Ghaziabad, Green Ghaziabad campaign being run for 25 years prompting students to protect trees.