‘Foreign investments must adhere to law of the land’

‘Foreign investments must adhere to law of the land’ 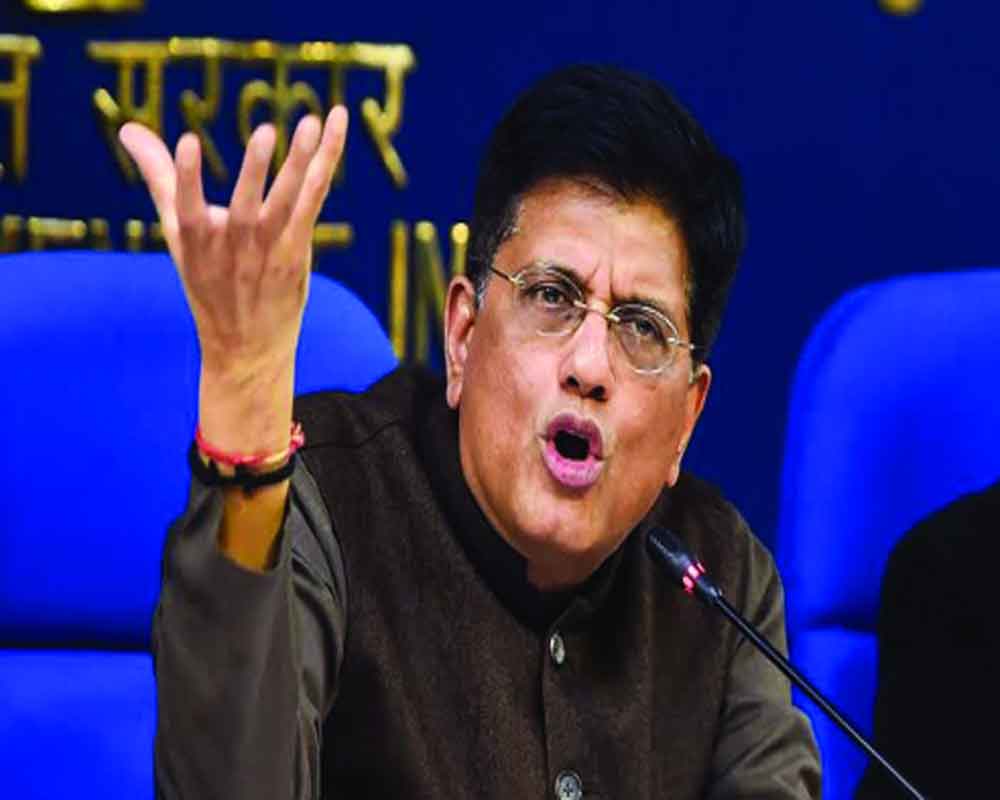 A day after he scoffed at Amazon.Com founder Jeff Bezos’ offer to invest USD 1 billion in India, Commerce and Industry Minister Piyush Goyal on Friday tried to do damage control saying the country welcomes all kinds of investments that follow the “letter and spirit” of the law.

Goyal clarified his remarks on Twitter as well as to reporters saying some people have misconstrued his remarks by suggesting that he had said something negative against Amazon.

“I was only saying that investment should come as per the rules and regulation,” he told reporters in Ahmedabad.

Big-ticket investments in the retail space should not hurt small traders who do not have “lakhs and crores” of rupees, Goyal said.

“We welcome all kinds of investment. However, the necessary legal process would follow if any investment is made outside the purview of law,” he said.

While Goyal had on Thursday raised questions about Amazon’s business practices saying the company had done no big favours to India by announcing a new USD 1 billion investment, his party’s foreign cell head Vijay Chauthaiwale tweeted barely-veiled criticism of Bezos-owned the Washington Post, which has been criticized by the BJP for its coverage of the Modi government’s increasingly right-wing policies.

Bezos who topped up his announcement of investing USD 1 billion to help bring small and medium business online, with an announcement of creating one million new jobs in India over the next five years.

With an association of small traders aligned with the BJP holding demonstrations against his visit and India plans, the world’s richest person visited a neighbourhood store in Mumbai, met Bollywood stars and captains of industry.

“Our country has some rules for e-commerce industry. We welcome all those investments which come as per these rules. However, it should not create unfair competition for the small traders of India. They do not get zero per cent loans. They do not have lakhs and crores of rupees. They do business with small capital,” said Goyal on Friday.

On Thursday, he had questioned why the e-commerce market place should make losses but for its predatory pricing.

“My statement should be seen in a perspective,” he said in Ahmedabad on Friday adding that all countries welcome foreign investment but it should be within the framework of the law.

“Our laws say that the interests of such small traders should not get hurt. Investment should be in the purview of set parameters. That is the view of me and the government,” he added.

If investments are not within the framework of law, then legal action would be initiated, he said.

The minister in a tweet also expressed similar views.

“We welcome all kinds of investments that follow the letter & spirit of the law. If some investment is outside the legal purview, appropriate action will be taken. Our government wants to ensure that unfair competition is not created for crores of small traders and retailers of the country,” Goyal said in a tweet.

Goyal has stated that e-commerce companies have to follow Indian rules in letter and spirit and not find loopholes to make a back-door entry into multi-brand retail segment.

India does not allow foreign investment beyond 49 per cent in multi-brand retailing and has not yet approved any application of overseas retailers.

“They (Amazon) may have put in a billion dollars but if they make a loss of a billion dollars every year, then jolly well will have to finance that billion-dollar. So, it is not as if they are doing a favour to India when they invest a billion dollars,” Goyal said at the Raisina Dialogue in New Delhi on Thursday.

The USD 1 billion investment by Amazon.Com to help bring small and medium businesses online is on the top of USD 5.5 billion funding it had previously announced.

The minister wondered why an e-commerce market place model, where a firm provides an IT platform for buyers and sellers, incurring huge losses adding that it needs to be looked upon.

“They are investing money over the last few years also in warehousing and certain other activities, which is welcome and good. But if they are bringing in money largely to finance losses and those losses in an e-commerce market place model,” Goyal said.

He has added that in a fair market place model in a turnover of USD 10 billion if a company is incurring a loss of billion dollars, it “certainly raises questions, where the loss came from”.

Goyal has said that how can a marketplace make such a big loss unless they are indulging in “predatory pricing or some unfair trade practices”.

Fairtrade regulator CCI (Competition Commission of India) has recently ordered a probe against e-commerce majors Flipkart and Amazon for alleged malpractices, including deep discounting and tie-ups with preferred sellers on their platforms.