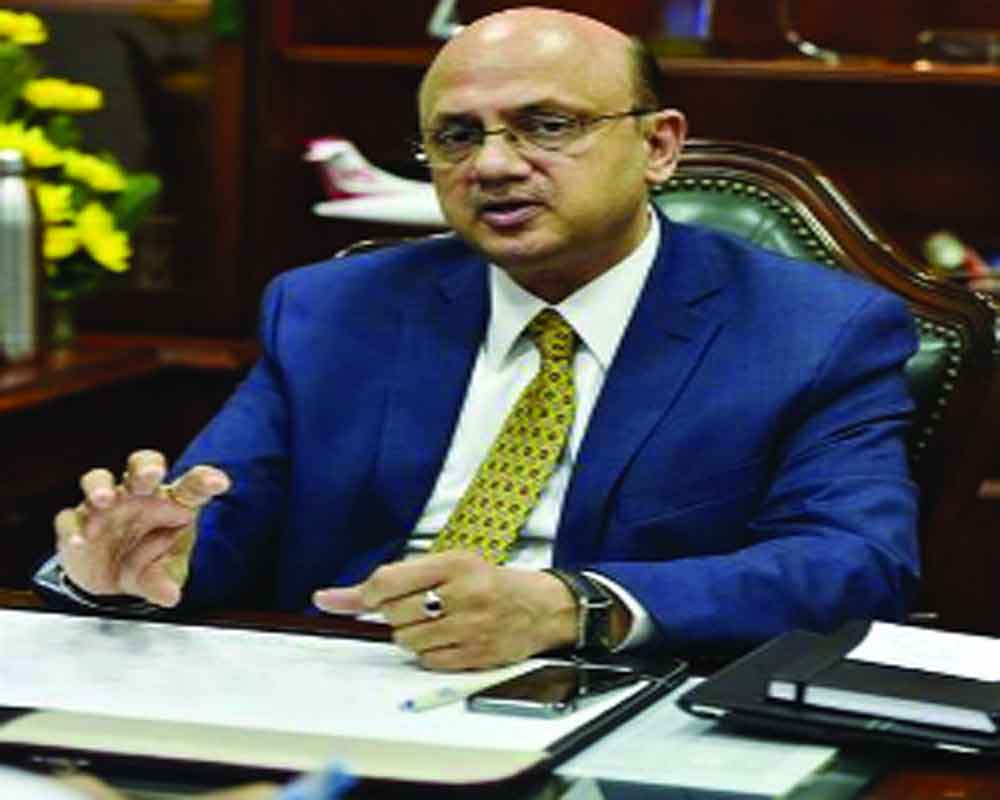 After successfully heading Air India for three months in 2017, senior bureaucrat Rajiv Bansal was on Thursday appointed for the second time as the chairman and managing director of the debt-ridden national carrier, according to a Personnel Ministry order.

Bansal, a 1988-batch IAS officer of Nagaland cadre, is at present additional secretary in the Ministry of Petroleum and Natural Gas.

The Appointments Committee of the Cabinet has approved his appointment as the CMD of Air India in the rank and pay of additional secretary, the order stated, without mentioning further details.

He replaces Ashwani Lohani, who completed his one-year extended tenure on Thursday.

Bansal was in August 2017 named as Air India’s interim CMD for three months. He had then replaced Lohani, who was appointed chairman of the Railway Board after completion of his two-year stint.

During Bansal’s three-month tenure, Air India launched services to Copenhagen, among others. He also initiated various steps to reduce costs and improve on-time performance of

Lohani, a 1980 batch officer of the Indian Railway Service of Mechanical Engineers, was in February last year appointed Air India’s CMD for the second time for a one-year tenure. He had retired as the Railway Board chairman in December 2018.

The appointment assumes significance as it comes days after the government decided to sell its stake in Air India, which has a debt pile of over Rs 60,000 crore.

As part of the ambitious strategic disinvestment, the government had on January 27 issued the preliminary bid document for 100 per cent stake in the debt-laden airline.