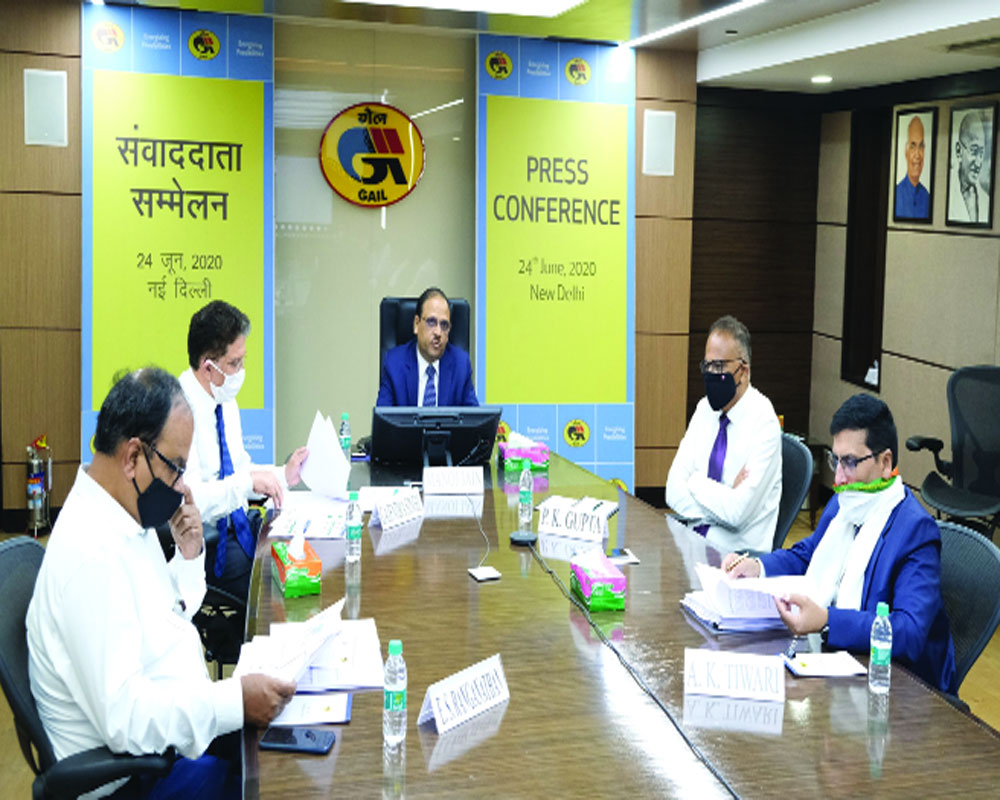 Jain said the company opted for lower corporate tax rates offered by the Government to firms willing to forego exemptions.

The lower tax rate offset a dip in petrochemical, liquid hydrocarbon and natural gas prices. Besides, leading to a dip in energy prices, the outbreak of the coronavirus pandemic and the ensuing lockdown to contain its spread also evaporated demand after industries shut down.

Jain said natural gas demand fell by up to 30 per cent in April as industries shut down and city gas operations comprising of mainly CNG sales saw a slump with vehicles going off road.

The demand has since returned to near normal after lifting of the restrictions. “Except for CNG, we are near normal,” he said adding that pre-COVID-19 levels for CNG sales are expected in two months.The fall in domestic demand led to the company asking both domestic producers as well as its overseas LNG suppliers to reschedule supply of some of the gas volumes.

In 2019-20, the company imported 74 cargoes or shiploads of liquefied natural gas  — 44 from US, 3 from Qatar, 15 from Gazprom of Russia and 12 from spot or current market. As many as 56 cargoes of the LNG contracted from the US were sold in overseas market in the financial year ended March 2020.

Considering the slump in demand in the first quarter, GAIL may end up cutting down on spot volumes.

Jain said the company had a capita expenditure (capex) spending of Rs 6,114 crore in 2019-20, mostly in laying of pipelines.In the current financial year 2020-21, it plans to maintain a capex spend of Rs 4,000-5,000 crore, he said adding that there is no review of the spending in view of COVID-19 as most of the expenditure is in ongoing committed projects of laying gas pipeline grid. Jain said the company has decided to opt for the tax dispute resolution scheme, the Vivad se Vishwas Scheme 2020, in respect of 44 number of income tax cases, involving 21 assessment year 1996-97 to 2016-17 having an estimated financial implication of Rs  2,157.34 crore. “On settlement of these cases, in terms of the scheme, there would be an income tax liability of approximately Rs  1,183.15 crore and accordingly, after considering the existing provision of Rs 265.59 crore already made in the previous years, additional provision of Rs  917.56 crore has been made towards tax expenses during the financial year 2019-20,” he said. For the full financial year 2019-20, GAIL recorded a 10 per cent rise in its net profit to Rs 6,621 crore as the company opted for lower corporte tax rate.