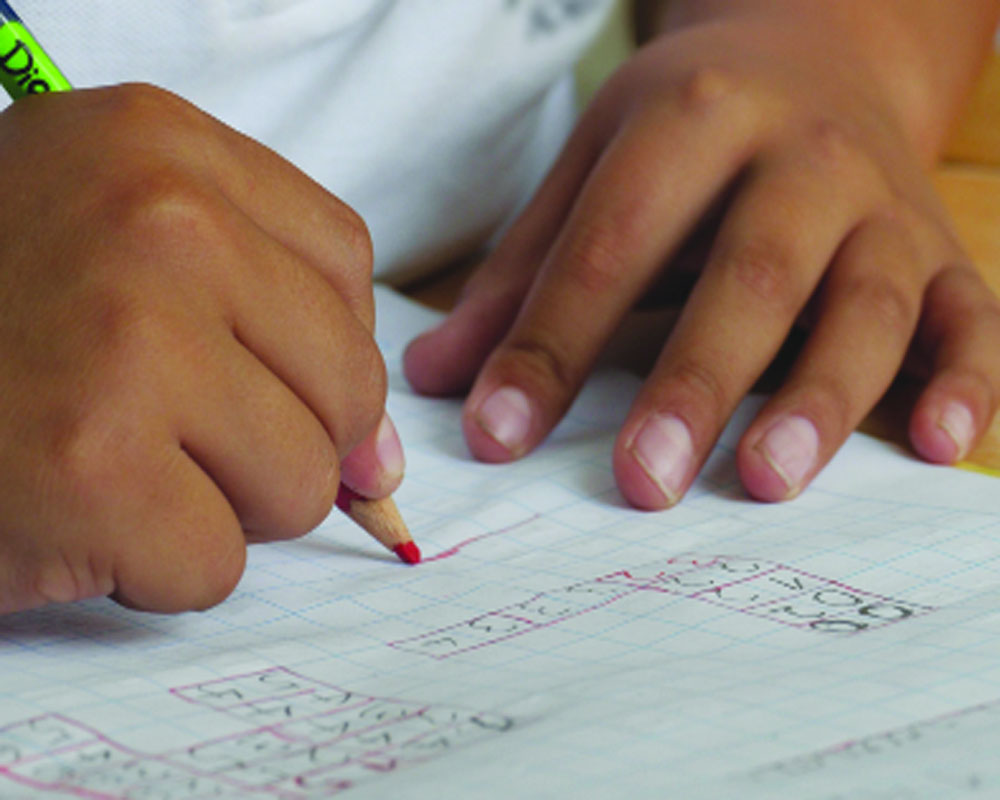 India’s New Education Policy must incorporate a bottom-up approach to achieve the UN’s SDGs. Focus must be on quality education, gender equality and skill acquisition

The contours of a post-Corona world are emerging fast; so are the new challenges that every sector will have to face. With the novel virus upending nearly every aspect of our lives, an entirely new approach and innovative solutions would be needed to adapt to the “new normal.” Changes would take place in every sector but the importance of Sustainable Development Goals (SDGs) must gather greater human attention. On January 1, 2016, the 17 SDGs of the 2030 UN Agenda for Sustainable Development — adopted by world leaders in September 2015 at the historic UN summit — came into force officially. The SDGs were conceived at the UN conference on sustainable development in Rio de Janeiro in 2012. Their objective was to produce a set of universal goals that meet urgent environmental, political and economic challenges faced by the world. The SDGs offer a blueprint to the world so as to achieve a better and more sustainable future for all. They seek to address challenges faced by nations across the world, including those related to poverty, inequality, climate change and the ultimate goal of peace and justice. But how and why did we arrive at SDGs?

The 20th century witnessed the end of the colonial era and the initiation of subsequent transition into another era — of progress and development — among the newly-liberated nations. Most of these countries were deficient in human resources, education, experience and expertise at every level. Several nations transplanted education systems that were established over the ruins of indigenous traditions of knowledge quest. The shortage of educated and skilled manpower emerged as a great impeder for internal experts to evolve indigenous ideology of progress and development. In most cases, the ideology of “progress” and “growth” was borrowed from the West and implemented under the active guidance of former rulers. Another contributing factor was the personal fascination of new rulers to all that was foreign, Western and modern. Exploitative, ethically weak and unprofessionally envisioned plans and programmes for development led to serious imbalances in social, economic and man-nature relationship. In India, Gandhi, Gram Swaraj, farmer, village, local artisan and production skills all were  ignored, leading to serious neglect of the agriculture sector. Consequences are before us.

The World War II and growing public opinion against wars and violence highlighted the need for international cooperation and collaboration among the nations. This led to the establishment of bodies such as the UN, UNESCO, UNICEF, WHO, UNSC and several others. There had to be some sort of partnership among nations on equal and dignified terms. This was the only way to tackle global issues and concerns. SDGs are one of the major outcomes of the global human response to tackle issues that concern everyone. Could a single nation ignore the plundering of natural resources by vested interests, resulting in irreversible damage, creating a dark future for the generations ahead?

Learning to live together in a village, region, nation and the globe is the only alternative. SDGs form a comprehensive global initiative that guarantees victory against all that impedes the human march towards a world full of peace, dignity and mutually respectful harmonious living. But this is possible only when poverty, hunger, ill-health and gender discrimination are discarded; when there is equality of opportunities, justice, work opportunity, decent working conditions for all. Human beings must learn to take due responsibility to protect the natural environment, flora and fauna and sea resources. They must be concerned about climate action.

SDGs can be achieved only on the sound base of sustainable and responsible consumption. All these — and a lot more — find a place in the list of SDGs. Universal education is the prime mover in each of the 17 goals. SDG 4 relates to educational goals. It aims to “ensure inclusive and equitable quality education and promote life-long learning opportunities for all.” Target 4.7 expects: “By 2030, ensure that all learners acquire the knowledge and skills needed to promote sustainable development, including, among others, through education for sustainable development and sustainable lifestyles, human rights, gender equality, promotion of a culture of peace and non-violence, global citizenship and appreciation of cultural diversity and of culture’s contribution to sustainable development.” It is also clearly mentioned that education will achieve its objectives and goals only when an adequate number of qualified, competent and inspired teachers are available.  “By 2030, substantially increase the supply of qualified teachers, including through international cooperation for teacher training in developing countries, especially least developed countries and small island developing states.” This is the biggest challenge that India’s New Education Policy must seriously respond to. No education policy can neglect these aspects.

By 1950-60, experts and scientists began issuing a warning that developmental activities — bereft of ethical, moral and social considerations — and oblivious to the damage they were inflicting on air, water, forests, species and the natural environment, could lead to irreparable damages to the very existence of human beings. The sensitive link between man and nature was being crushed under ever-increasing human greed, emerging out of materialistic acquisitions at the cost of spiritual pursuits. Gradually, the glitz of globalisation blinded humans to the extent that the very existence of planet earth is at stake. How long could the planet survive?

It became clearer that the only way to avoid destruction was to create global awareness, let people understand that their future was being compromised and that it could be prevented only through an attitudinal transformation. It was realised that the most crucial and urgent step would be to universalise elementary education. It just cannot be routine education and has to be much more than that. It has to be comprehensive education, one that achieves attitudinal transformation, offers the right skills and knowledge and at the same time ensures internalisation of human values that includes man’s responsibility to restore and sustain the man-nature mutuality.

For the first time, it was globally acknowledged that the wanton depletion of natural resources without replenishment — as was already evident globally in environmental pollution, deforestation, climate change, depletion of the ozone layer, desertification and so many other visible signs — must be checked and damage repaired. Development is essential but the survival of the planet deserves primacy. Hence, development has to be “sustainable.” Its basis would be indigenous knowledge, cultural comprehension and skills to utilise new knowledge from every source in the changing context. It has to be “rooted to culture and committed to progress.”

Human beings never had problems with nature so long as they respected the “give and take” relationship between man and nature. How this could be achieved was not unknown.  Indian scriptures have discussed that in great detail. Nature was equated to gods. This had a scientific basis, articulated in a manner that would be easily comprehended by people at every stage. Unfortunately, various aberrations and disturbances resulted in the snapping of ties between the people and their cultural heritage. Alien rulers left no stone unturned to destroy natural resources of their “colonies” and augment their own coffers.

Global poverty is the creation of the materialistic pursuits and exploitative tendencies bereft of human values, compassion, fellow feeling and lack of respect for nature. As the disastrous consequences became evident, concerns grew and serious international deliberations followed. Take the example of the Stockholm conference on environment in 1972, the UN conferences on water and desertification in 1977, the Rio conference of 2012 and the climate change conference of 2015 among others. Expediting universal education emerged very prominently in each one of these every time. The World Conference on Education for All, held in Jomtien in March 1990, was a watershed for education. The objective was to universalise education within a decade. Although this could not be achieved, the purpose of expediting educational access to all was significantly achieved.

The World Education Forum of 2000 came out with the Dakar Declaration, where 164 countries resolved to achieve Education For All by 2015.  Indian achievements in EFA have been lauded, particularly for the fact that its population has more than trebled after independence. But we are very near the target in access and retention. Our previous efforts and achievements, coupled with determined new initiatives, have made India fully ready to achieve the SDGs by 2030. Our focus in the days to come must be on quality, gender equality, skill acquisition and above all, on “learning to learn.” If one has to observe a paradigm shift in one particular sector, it would be education, worldwide. India’s New Education Policy can expedite the march towards sustainable development and self-sufficiency.