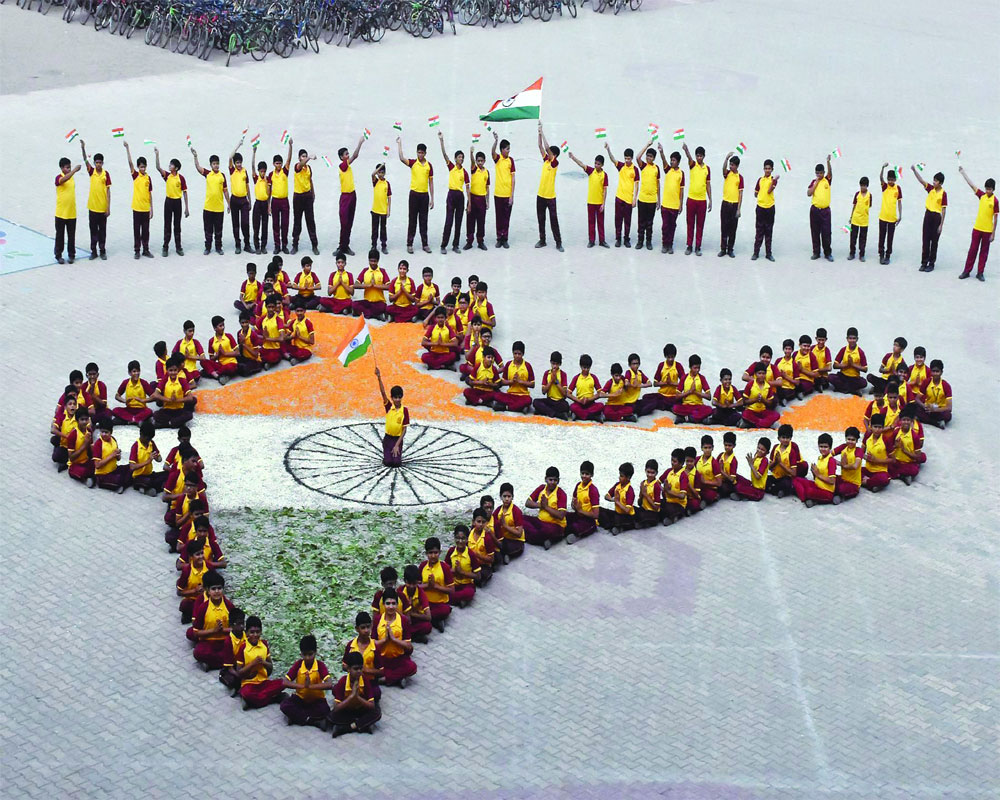 Western notions of democracy, where the authors propound theories convenient to them, need to be challenged

A Swedish Institute, which claims to study democracies around the world, has downgraded India and put it far below several nations, many of whom lack the essentials of democracy like secularism, separation of state and religion and equality before law, all of which are firmly embedded in our Constitution.

The Democracy Report 2020 has been released by the Varieties of Democracy (V-Dem), a research institute based in the University of Gothenburg, Sweden. It claims that “it has a nuanced approach to measuring democracy – historical, multi-dimensional and disaggregated, employing state-of-the-art methodology.” Each of these claims needs to be tested.

The report makes a startling claim that India “is on the verge of losing its status as a democracy due to the severely shrinking space for the media, civil society and the Opposition under Prime Minister Modi’s government.” On the other hand, the best democracies are supposedly Denmark, Estonia, Sweden, Switzerland and Norway. India is at a lowly number 90. This report must be denounced lock, stock and barrel for the following reasons.

Let us examine the claim that the media space is “severely shrinking” in India after Mr Modi became Prime Minister. You will find this laughable in the light of the reports of the Registrar-General of Newspapers in India and other agencies which track media growth. India has witnessed a media boom over the last decade and the figures for the last six years should make anyone’s jaw drop. The circulation of daily newspapers in India in 2014 was 150 million copies. By the year 2018, it had jumped to 240 million copies. There are about 250 million households in the country and of them as many as 160 million households had television sets in 2014. By the year 2018, this figure was closer to 200 million.

But this growth story extends beyond mainstream media. There has been an exponential growth in the social media in recent years and this is reflected in the number of internet connections, which has spiralled from 150 million in the year 2014 to over 500 million five years hence.

Further, just take a look at the shrill debates that are on in Indian news television programmes every evening and the talking heads representing different political and social voices trying to outshout each other and you will realise that our democracy has become too argumentative, somewhere even bordering on chaos. So, where is this decline of democracy?

Finally, let us look at the social media. Not a week passes without the anti-Modi lobby running hashtags like “#NarendraModiWorstPrimeMinister” on Twitter regularly and thousands of followers of political parties opposed to him endorsing this line or adding their own abusive comments or cartoons. Therefore, the charge that freedom of expression is under severe threat in the country is ridiculous and smacks of uninformed opinion. Also, in view of all this evidence, anyone who says that “media space is shrinking” in India and that civil society and the “Opposition” are stifled, needs to get his head examined.

The second defect in the report is that it attributes whatever deficiencies it has found vis- a-vis freedom of expression to Modi. This is downright irresponsible for the reasons that have been cited above and also from a constitutional point of view.  Obviously, the report is written by individuals who are totally oblivious of India’s constitutional scheme. India is a federal republic in the sense that the legislative and executive powers are shared between the Union and the governments in the States and the Constitution itself spells out the subjects that are allotted to both. Further, neither Modi nor his party and the coalition to which it belongs govern all the 28 States and eight Union Territories in the country. About half of these States are ruled by political parties and coalitions, which are opposed to his party. At last count, there were 42 political parties governing these States.

Also, a significant responsibility given to the States by the Constitution is maintenance of “law and order”, which means  States are responsible for the administration of the criminal justice system. Therefore, when a State Government registers a case against a journalist for defamation etc, the Union has nothing to do with it. In recent times, there have been challenges to media freedom in some States, several of whom are run by trenchant critics of Modi.

Having examined the Constitutions of dozens of nations, this writer is of the view that a pristine democracy must contain the following eight fundamentals:  An inviolable commitment to freedom of expression and freedom of conscience; an unambiguous commitment to secularism; separation of religion and state; republican form of government; constitutional right to equality before law; gender equality; right to life and personal liberty; and universal adult suffrage. All these eight essentials exist in the Indian Constitution.

Now let us look at the V.Dem report and the countries ahead of India.  Denmark is the best democracy according to this report. But is it? Its Constitution says that the Evangelical Lutheran Church, which is based on the Holy Bible, “shall be the established church of Denmark.” Further,  “the State has a duty to support the Church of Denmark financially and in other ways.” Sweden is Number 3 but it is not a republic. Its Constitution says the head of State “shall be a king or queen.” More importantly, the Constitution says the king or queen cannot be prosecuted for his or her actions, which means equality before law (Article 14 in our Constitution) has no place in Sweden. Further, the Constitution says the king “shall always profess the pure evangelical faith.” It also does not allow the prince or princess to marry at will. They need government permission to do so!  Therefore, Sweden is not a republic, it is not a secular State as its head of State is wedded to a church. Equality before law is also absent because the king cannot be censured or accused.

Other nations which have been put ahead of India include Papua New Guinea, a nation based on Christian principles, and  Argentina, where the federal government supports the Roman Catholic Apostolic Religion.

India is not only a secular, democratic nation but also the most vibrant and diverse in the world. It has the “secular” ideal embedded in the Preamble of its Constitution. It is home to all religions, its population is ethnically diverse and its people speak 122 languages and 170 dialects.

Therefore, those who seek to run down India are actually running down democracy itself.  These Western notions of “democracy”, where the authors propound theories convenient to them, need to be challenged. Indians need to now stand up and say, “Don’t lecture us – your theories have a strong stench of racism and Christian communalism.”