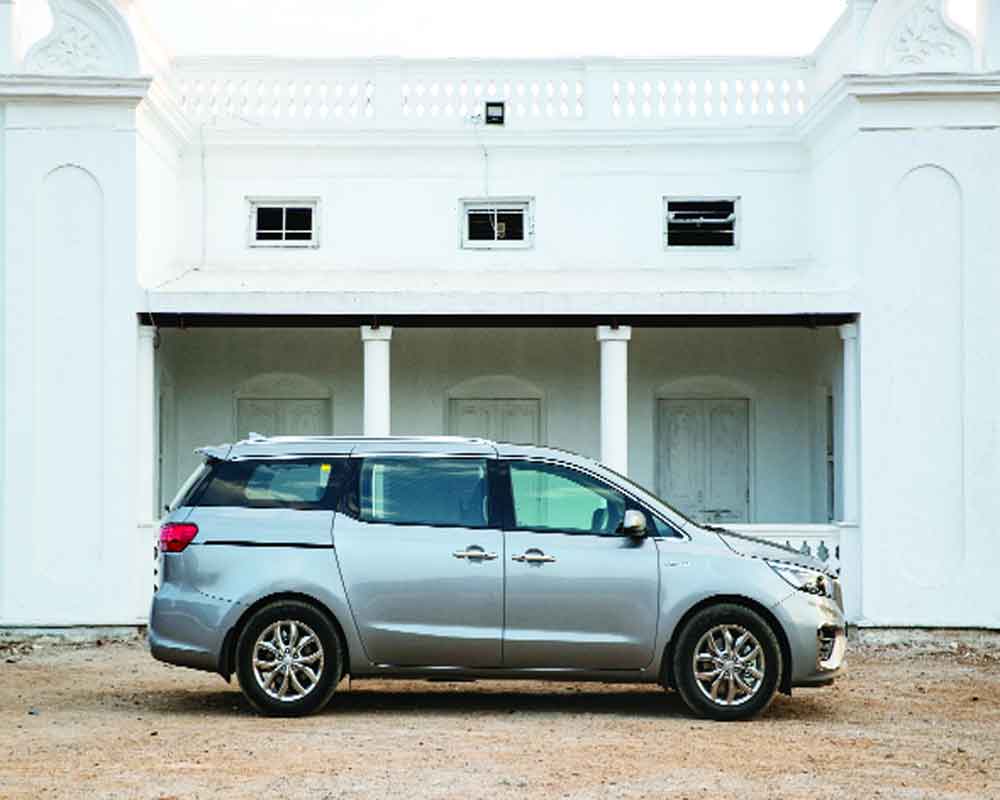 Few vehicles have been so anticipated in the Indian market as the Kia Carnival has been. Not so much for the car itself but for the competition it will supposedly bring. So is it the Innova beater everyone wants it to be?

The Toyota MPV in all its forms — Qualis, Innova and Crysta — has been an unqualified success story in India. There are enough people out there that are on their second, third and fourth purchase. This success has been built on a bedrock of extreme reliability, amazing resale value and just a bit of boredom. And somehow no one has managed to knock the Japanese off their perch, and they have tried. You had the Nissan Evalia, which sank with little trace and then the Chevrolet Tavera, which was well, inadequate. But buyers in this segment have been clamouring for more choice. Toyotas are expensive and despite the price, they are a bit light on features, particularly on the technology front — still no native smartphone interface like Apple CarPlay and Android Auto. If you want to guess why the Liva and Yaris didn’t have the sales that some expected, this is one reason why.

But this isn’t a story about Toyota, this is about the Kia Carnival, the white knight that some motoring journalists would have you believe has come to slay the evil Toyota dragon. At the very outset let me get something straight, the Carnival is a fabulous product in its own right and while it might take away some Innova sales, particularly at the top of the range, it is not an Innova “killer.” There are very compelling reasons to consider the Carnival, if you’re someone who spends a few thousand kilometres on the road every month, going to the interiors of the country and want a degree of comfort. That is, if you’re a politician, this is possibly the best vehicle you can get. Heck, I believe that the Carnival can challenge the Fortuner as India’s political wagon of choice.

There are a couple of reasons for this, first and foremost, the Kia Carnival will not challenge the Innova’s dominance in fleet sales, at least initially. The Carnival is available with a 2.2 litre 200PS engine driving the front wheels mated to an eight-speed automatic transmission, and while these are good things, they will limit its appeal in the taxi market. That is because this is clearly not a taxi, Kia would like you to believe that this is a luxury liner and well in limousine trim, it certainly is quite luxurious indeed. The Carnival, which will have seven, eight and nine seat variants, is a large car with immense amount of space as well as, and this is critical, easy to manipulate seats. In addition, it has a boatload of features that marks it out as far more luxurious. But all of this comes at a price, not just a real price, which is that even entry-level variants of the Carnival are expected to cost Rs 25 lakh at the very minimum. The top-spec limousine variant will top out at close to Rs 35 lakh, according to market buzz.

Make no mistake, for that kind of money you get a lot. Not only are the second row seats “captain” seats, they can be adjusted six ways. It would have been a nice touch if both second-row seats were electronically controlled but that is nit-picking. The optional technology packet sees 10-inch Android touchscreens installed on the back of the headrests, which you can use in a pinch to watch a movie that can be played back through a USB drive. What is nice is that Kia is providing a lot of charging points, including one 220V two-pin point on the second row, which is really appreciated. And multiple points to charge your phones, from a wireless induction plate in the front, to multiple USB points on three rows in addition to regular 12V points. This coupled with the fact that the rear sunroof also opens makes the Carnival a great place to sit in. It would be nicer still had Kia installed ventilated seats on the second row as well, but that might be asking for too much.

How is the Carnival to drive? When you see the size of the car and hear about the smallish motor coupled to a front-wheel drive, you might think it is sluggish and you would be partially right. Well, the eight-speed gearbox mitigates that to a certain degree and once you are at speed, it can cruise comfortably at the speed limit without any hesitation. And this is not a performance car by any stretch, it is meant to be a comfortable vehicle. With excellent ride as well as the fact that body roll has been minimised,  the Carnival is a great car to sit in.

Let’s be honest, nobody who buys the Carnival will buy it to drive themselves. It is going to be a vehicle that you get driven around in and on that front, the flat floor, the sliding doors and the adjustable seating options make this a winner if you have a large family or just want to move around in a large vehicle. If you’re a politician or a chief executive, the Carnival makes sense. It does have issues, it may not fit into some parking slots in Indian malls, it certainly can’t replace the Innova as a camera car - the shoots for the Carnival used the Innova as the camera car. And the Carnival will not be cheap. Base versions will cost as much as the top-end of the Innova range. So as I said earlier, this is not an Innova (and Fortuner) killer — it will take some sales away — but this is a unique vehicle in its own right and should make its own mark on the market.