A matter of faith

A matter of faith 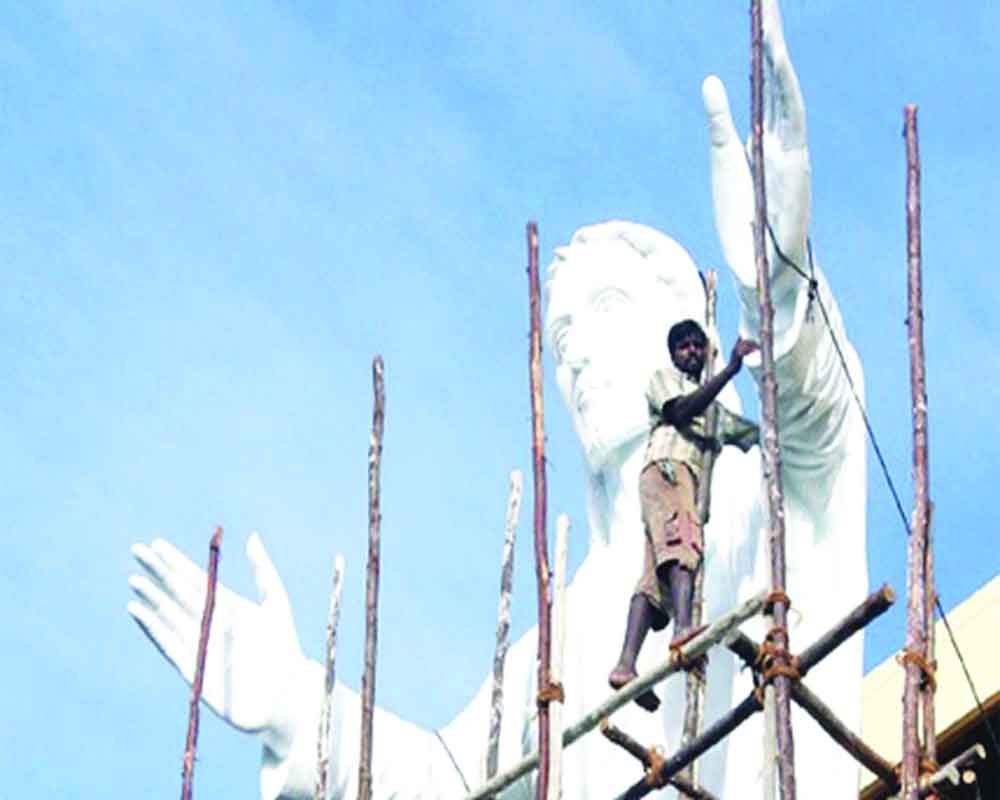 American statesman and prominent attorney Daniel Webster once said, “Justice is the greatest interest of man on Earth. It is the ligament which holds civilised beings and a civilised society together.” We, the people of India, were gifted with one of the most significant Constitutions ever written, on January 26, 1950 and are fortunate to have our freedoms and rights acknowledged and defined in it. The framers of the Constitution recognised that people have inherent fundamental rights that are inalienable and constitutionally-enforceable through courts, subject to reasonable restrictions. They are universally recognised and include the right to equality, freedom of expression, freedom of conscience and religion and the right to approach courts to enforce them. These rights are contained in Part III of the Constitution. Part IV deals with the Directive Principles of State Policy that act as instruments of instruction for the implementation of fundamental rights in Part III.

Unlike the Indian Constitution, the American Constitution written in 1787 was probably flawed at first. It did not have a written provision or a “Bill of Rights” which guaranteed protection of fundamental personal freedoms and rights of its citizens. Seeing the need for it Thomas Jefferson argued that the people were entitled to it against every Government on the planet and “no just Government should refuse a Bill of Rights to its people.” After that, in 1791, the “Bill of Rights” was introduced in the US Constitution by the first ten amendments and it prohibited the Congress from making any law which impedes the free exercise of religion, speech, right to peaceably assemble and the right to a fair trial and several other personal rights of individuals.

According to Justice Sandra Day O’Connor in the “Bill of Rights”, the framers of the American Constitution built a wall around certain fundamental individual freedoms, forever limiting the majority’s ability to intrude upon them. Fundamental rights are recognised in every civilised nation and are founded on the rule of law which no law can deprive its citizen of, in a civilised and secular society.

Justice Patanjali Sastri in the AK Gopalan vs State of Madras case in 1950 noted that Part III forms a new feature of the Constitution and it is the Indian “Bill of Rights.” It is modelled on the first ten amendments of the American Constitution which declare the fundamental rights of US citizens.

The rule of law and secularism are at the heart of the Indian Constitution and Indian laws. The rule of law assures us of equality before it and equal treatment of laws, liberty, dignity, personal freedom and the right to life. The Preamble to our Constitution and Articles 25 and 26 dealing with freedom of religion guarantee equality to all individuals and groups irrespective of their beliefs. They also emphasise that there is no religion of the State itself. The concept of secularism is one facet of the right to equality woven as the central golden thread in the fabric depicting the pattern of the scheme of the Constitution as noted in the M Ismail Faruqui vs the Union of India case.

There may be times when the Government must be reminded about the rule of law and secularism as reflected in our Constitution. Recently, a statue of Lord Jesus and 14 crosses portraying events in the Passion of Christ, from his condemnation by Pontius Pilate to his entombment, were removed from a cemetery in Karnataka near Bengaluru by the district administration. It was alleged that the church was encroaching on public land and involved in forcible conversions. The church says that the property was being used on the basis of a valid Government sanction for several years. The church also says that the statue and the crosses were removed at the behest of majoritarian groups amid false accusations of forcible conversions.

The church requested the State administration to allow them to continue with their Lenten observances which they have been doing for the last several years at the cemetery. Lent is a 40-day period before the crucifixion and burial of Lord Jesus on Good Friday and his resurrection from the dead on Easter Sunday, that is observed by Christians by fasting and praying. The belief in the crucifixion and resurrection of Lord Jesus is the central belief of Christianity. The church says that the removal of the statue of Christ and the 14 crosses is illegal as the land was sanctioned for a Christian graveyard and they have the documents to prove it. They say that the State administration showed undue haste to remove the statue and crosses and could have at least waited till after Easter and not obstruct the religious observances that have been going on for several years.

There are other incidents when Christians have wrongly been accused of forcible conversions. In 2017, eight Christians were intercepted and arrested on charges of forcible conversion under the Madhya Pradesh Freedom of Religion Act and kidnapping under the Indian Penal Code. They were travelling for a Bible camp along with 60 children from Madhya Pradesh to Nagpur. After a long and arduous trial, a court in Madhya Pradesh acquitted the eight Christians in February, as they were proved innocent of all charges. Increasingly, churches are targetted by mobs and their Sunday services disrupted. Disturbingly, more often than not, no action is taken against the attackers. However, the pastors and church leaders are assaulted and are arrested and accused of forcible conversion. In 2015 in Jhajjar, Haryana, Sunday services in one church were stopped by the district administration on account of a procession and puja which happened to be taking place near it. The district administration did not respond to the pleas of the church to allow the members to worship.

However, the administration hastily withdrew its illegal order as soon as the church approached the Punjab and Haryana High Court. The court directed the State to provide adequate security as and when required, especially when the church services were in progress. The church was allowed to function as per the fundamental rights guaranteed by the Constitution and the established principles of the rule of law.

States such as Madhya Pradesh, Odisha, Chhattisgarh, Gujarat and Himachal Pradesh have Freedom of Religion Acts which are also referred to as anti-conversion laws. These laws rightly prohibit religious conversions by force, fraud and inducement. Some of these State laws have been in existence for more than 50 years in Madhya Pradesh and Odisha and there have been many false convictions under these laws. It appears that such laws only serve the purpose of intimidating and harassing Christian pastors and not others who indulge in conversions and forced re-conversions. Such Acts impede on the rights of Christians only and are being used to threaten religious leaders and congregations even in States where no such laws exist. Accusing church leaders and pastors of forceful conversion has become a convenient method for the perpetrators of crimes against Christians, to assault and silence them, just like the dreaded Blasphemy law in Pakistan is used against minorities. The anti-conversion laws only promote communal hatred and do not subserve any Constitutional purpose and are a blot on our democracy. All citizens of India are equally entitled to freedom of conscience and the right to freely profess, practice and propagate religion as contained in Article 25 of the Constitution.

The Government must be reminded of its duty, as reflected in the observations of the Supreme Court in the State of Karnataka vs Praveen Bhai Togadia case which said that secularism is not to be confused with the communal or religious concept of an individual or a group of persons.  It means that the State should have no religion of its own and no one could proclaim to make the State have one such or endeavour to create a theocratic State. Each person, whatever be his religion, must get an assurance from the State that he has the protection of law to freely profess, practice and propagate his religion and freedom of conscience.

The anti-conversion laws are impeding the rights of the Christian minority and must be repealed. The abrupt removal of the statue of Lord Jesus in Karnataka and the promptitude with which the administration acts to appease groups who accuse pastors of forcible conversion are a few real incidents of a travesty of justice and the misapplication of laws. The anti-conversion laws are an antithesis to the rule of law and must be struck down from the statute books.