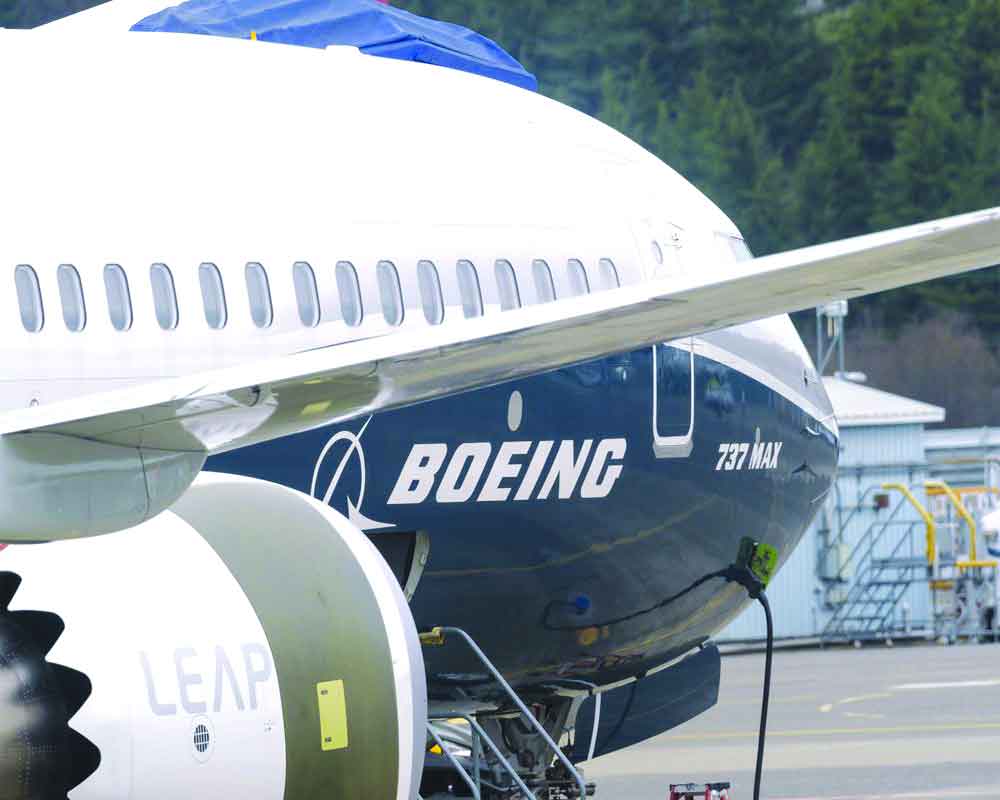 As more details about the Boeing 737 MAX emerge, it is becoming clearer that a fair dose of arrogance pushed the American plane-maker

Boeing’s internal documents, which revealed that executives mocked aviation regulators and airlines across the world, including India’s Directorate General of Civil Aviation (DGCA), were hugely damaging for the American planemaker and marked a torrid start to 2020 after a horrific 2019. The year began in the aftermath of the Lion Air 737 MAX crash in Indonesia. Using “friendly” media sources, Boeing executives said that poor pilot training (and the lack of it) was the primary cause of the crash. While there may have been an element of truth to that, the second 737 MAX crash of an Ethiopian Airlines jet, seconds after takeoff from Addis Ababa, dealt the final blow.

As a result, Boeing’s 737 MAX fleet was grounded worldwide, some regulators doing it sooner than others, but the aircraft manufacturer kept on producing planes, even though they could not fly. Planes kept coming off the production line at over 20 a month, leading to over 200 aircraft being parked at Boeing’s plant in Renton, Washington. However, with little space to keep so many airplanes — Boeing was also forced to park planes in employee car parking lots — the American manufacturer decided to suspend production a few weeks ago.

It is extremely fortuitous that the grounding of the Boeing 737 MAX has not collapsed the global aviation industry. It is noteworthy here that the MAX was still a new aircraft and had not been fully integrated with fleets across the world. The grounding is now beginning to impact growth opportunities for airlines. With large American carriers like American Airlines and Southwest Airlines, which are the largest operators of MAX, now delaying the re-introduction of the plane all the way till the middle of this year, this crisis is not going to end anytime soon. Boeing’s nose has been grounded to the tarmac, its reputation ruined.

In most other industries, such a crisis might have been fatal for a company but the global airliner manufacturers’ duopoly between the American Boeing and the European Airbus, where the latter has smartly and carefully not uttered a word or even celebrated the former’s woes, makes the Coke-Pepsi duel look like a violent conflict in comparison. While the Chinese and the Russians are trying to up their game in the civilian airliner market — some could even argue that Boeing’s fall has given them an opportunity — they are far from being an effective contender. It takes several billions of dollars and an army of engineers to develop a new aircraft. Right now nothing can beat the entrenched players.

But at the end of the day, the entire MAX crisis that has engulfed Boeing comes down to the fact that the manufacturer did not want to spend a huge sum of money on developing a new plane. The Boeing 737 is a design that dates back to the early 1960s, the airworthiness certificate given to the aircraft is one that was issued almost seven decades ago. The Boeing 737 has been an immensely successful plane. During 2018, Boeing delivered its 10,000th 737 with a backlog of close to 5,000 aircraft remaining in its books. It has been off the competition over the years as well. The McDonnell Douglas DC-9 and  Douglas MD80 family could not keep up with the success of the Boeing and eventually Boeing acquired McDonnell-Douglas.

However, the Airbus A320 family, developed by the European planemaker in the early 1980s,  was a different kettle of fish. With its highly advanced wing and computerised fly-by-wire technology, Boeing had to develop new technology to keep the 737 competitive. So when Airbus decided to refresh the A320 with modern new high-bypass ratio engines, which would reduce fuel consumption, it got a lot of interest from airlines. While Airbus has had its share of problems over the years, particularly around the A380 superjumbo, the A320 has been a money-spinner. With modifications in new engines — the New Engine Option (Neo) — it would become even more attractive. Despite the problems that India’s low-cost carrier IndiGo has suffered with Neo aircraft, nearly a thousand such planes are in service currently. Boeing had to do something to keep up with the rising competition. Neo’s efficiency gains over the existing generation 737 were massive.

But Boeing had a problem.  When it started developing the 737 in the 1960s, it did not have to face much in terms of ground clearance and kept riding low to the ground. This made it easier for planes to service at smaller and less prepared airports, which were all but common in the 1960s and the 1970s. In fact, it was this very ability, coupled with it having lower engines, that made it attractive to the airlines. Even when the 737 was improved, few changes were made to this end. The problem with high-bypass ratio turbofan engines today is that to gain a perfect ratio, the front fan has to be massive. The 737’s basic architecture made fitting such a new engine nearly impossible.  And while Boeing should have ideally developed a new aircraft altogether, market realities made that an impossibility. It took it over a decade to develop the 787 Dreamliner with an overly optimistic entry into service schedules. The subsequent delays left the company with a bloody nose.

The 787 is an immensely successful aircraft today, hundreds of them forming the backbone of airline fleets across the world. But Boeing did not have the time and its management thought of developing a new aircraft. A better option, no matter what the physics, would have been to re-engine the current airframe with minor modifications.

Well, the modifications were not simple. In order to fit a larger fan, Boeing engineers had to move the engine further forward and above the wing. This caused some major problems to the aerodynamic properties of the 737 but these could be solved. Pilots could be trained to deal with the changes. Then came another problem. One major selling point for airlines is to calculate the number of additional training pilots needed when they move to a new type of aircraft. Pilots trained on the regular Airbus A320 could fly the new A320 Neo with just a couple of hours of orientation.  Boeing promised pretty much the same even though it was obvious — something that the stash of internal emails revealed — that pilots should have taken many more hours of training for the MAX, even some hours inside the simulator.

The issue, as many people know now, is that Boeing decided to integrate much more software into the MAX to augment flying characteristics. One of those pieces of software was the Maneuvering Characteristics Augmentation System (MCAS), which in low-speed conditions, usually after take-off, would keep the plane from stalling. With the engines of the 737 MAX being shifted so much further forward, the centre of gravity of the plane, too, being far forward, only software could resolve it. As we know now, the MCAS system depended on good data from the sensors outside the aircraft. Sensors can fail and usually those failures should be notified, as on cars, to cite an example. But Boeing just made an alert system for a sensor data mismatch, an optional extra on the 737 MAX, even though it was but a software switch. The MCAS system made some sudden changes to the planes flightpath and without proper training to recognise the software intervention, pilots onboard had no clue how to deal with the issue. With little altitude, the pilots of the Lion Air and Ethiopian Airlines aircraft slammed to the ground.

At the end of the day, a company, once known to be extremely fastidious on the engineering front, made a stupid mistake. A firm that almost bankrupted itself while developing the Boeing 707 and then almost did so again with the Boeing 747 — which has proven that it can redefine the market even in contemporary times with the Boeing 777 and Boeing 787 — has ruined its reputation, thanks to the unnecessary shortcuts it took. As is being made clear in the emails for the public to see, sheer arrogance of its  executives made matters worse.

It is being made apparent that the Boeing 737 MAX will not make it back into the service before mid-year. A freshly empowered Federal Aviation Administration (FAA), the civil aviation regulator in the US, will not be in the pocket of Boeing as it was once. It is unlikely that a company so vital to America’s trading interests and its defence industry will be allowed to collapse. But the arrogance on display at the company was little different from that displayed by the bankers before the financial industry collapse of 2008. Boeing has to do a lot to repair its reputation and salvage the image of Boeing 737. Being humble shall make for a very good start.