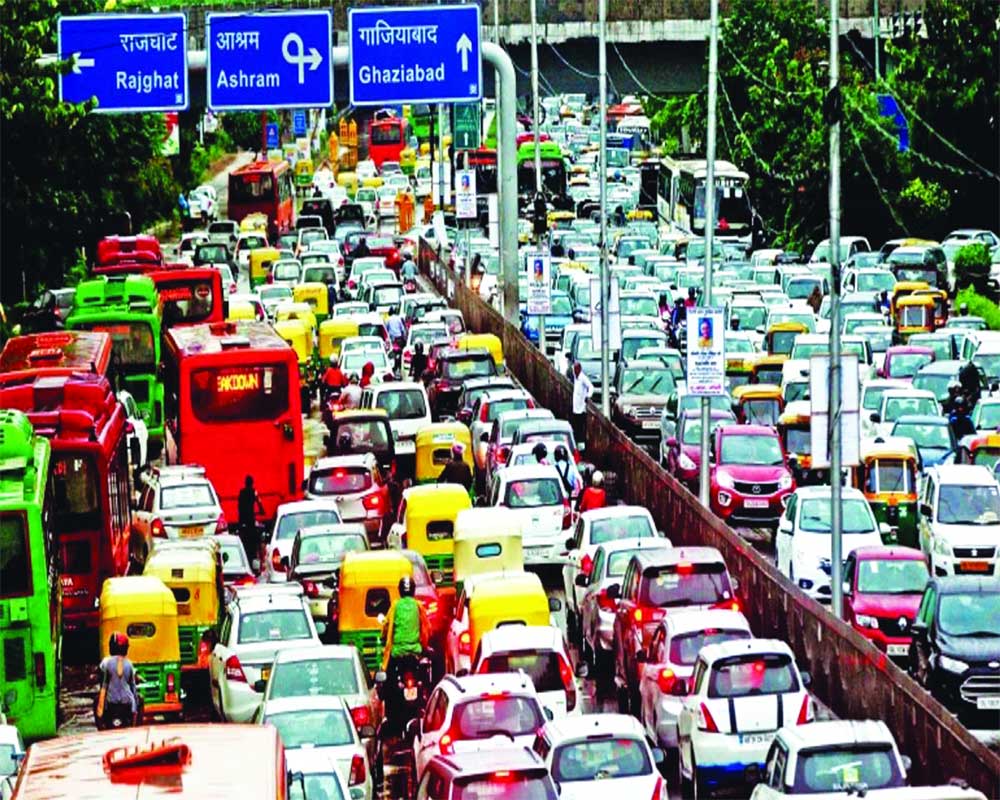 Air pollution in our country, particularly in some of the urban centres, has become a major public health issue. Depending on the region and climatic conditions, there are several contributory factors that add to the pollution levels but  vehicular emissions in metropolitan cities have emerged as a major source. According to official estimates, the number of vehicles in the national capital surged to over 1.20 crore, including over 80 lakh two-wheelers. The number of vehicles per thousand population, too, increased considerably — from 317 in 2006 to over 550 in 2016 — leading to visible congestion on the roads.

That vehicular emissions contain carcinogenic material needs no emphasis. But what has now come to light is that the inhalation of toxic airborne particles emitted by diesel and petrol vehicles can weaken bones and speed up the ageing process. This finding, based on a fairly large sample size taken from the vicinity of Hyderabad, quantifies on the basis of X-Rays and other studies and determines the extent of osteoporosis ie, the weakening of bones, in all age groups.

Besides, the World Health Organisation (WHO), too, concluded that each year, thousands of children succumb to acute infections in their lower respiratory system caused by polluted air. Health hazards from air pollution due to vehicular emissions are, thus, manifold. Traffic police personnel and professional drivers, who face maximum air and noise pollution exposure on the roads, have to bear the brunt of this situation.

Last autumn saw Delhi’s Air Quality Index (AQI) shooting beyond 1000, making it one of the most polluted cities in the  world. Stubble burning by farmers in some of the States adjoining Delhi, combined with vehicular emissions, were major contributors to the deteriorating quality of air. In the following months, the situation somewhat improved but with people becoming used to witnessing “hazardous” levels of air pollution, even the current “severe” category appears to be taken in stride without much hue and cry.

With the capital witnessing hazardous air quality, schemes like Odd-Even were introduced to limit the number of four-wheelers on the roads. This scheme did show a dip in pollution levels, howsoever small it might have been. Despite it being known that emissions from two-wheelers, which include benzene, are far more hazardous, the Odd-Even scheme could not be made applicable for some reason or the other. As a result, a more significant dent in pollution levels could not be achieved. After April 1, when the Bharat-VI norms come into play, the level of auto emissions is bound to show a downward trend.

But the geometry of roads in Delhi has mostly evolved as a result of unplanned organic growth and the lack of norms surrounding urban planning. This has resulted in a very large number of intersections where vehicles have to necessarily give way and accommodate other traffic streams. This has led to a situation where the number of signalised intersections is quite high and drivers have to stop their vehicles every now and then. Waiting time at a traffic signal depends on the timing of the microprocessor, which should ideally be determined after a careful study of traffic load and pattern on a particular arm of the road on an hourly basis. However, this is always not the case.

As vehicles have to often wait at signalised intersections in an idle running mode, they emit very large amounts of pollutants. It is well-known that an idle engine is far more polluting than when a vehicle is in motion. Similarly, slower moving vehicles on the streets, largely two-wheelers, are more polluting than those at a higher speed.

The accumulated traffic at intersections awaiting a green signal is a major source of pollution. This can be handled through appropriate signal management. It is known that traffic signals contribute towards orderly and well regulated movement of traffic, besides increasing the traffic handling capacity of the intersection. Under favourable conditions, they can be coordinated to provide for continuous or near continuous movement of traffic at a given speed. Such coordinated signals lead to reduced fuel consumption and bring down emissions by minimising stops and consequent delays. They can bring down the journey time, too.

In this context, it can be observed that in Delhi there are quite a large number of busy intersections where the pattern of signals has undergone a change over the last few years. The flow pattern at these intersections allows the traffic to move forward only from one carriageway, while all others are static. Such road-by-road clearances not only enhance the waiting time at intersections but also lead to more emissions as at any given time,  a large number of vehicles have to wait for their turn to make the move. The delay in journey time is built in and is currently being experienced by all road users.

On the other hand, the flow pattern, which enables a straight-straight movement and which is simultaneously followed by right-right, can definitely reduce the waiting period at intersections and may even reduce the journey time.  It can also impact air pollution in a positive manner. Most Delhiites would recall that such a system was indeed being followed until a few years ago.

It has also been observed that on account of a perception-reaction time loss, some time at the beginning of each green period remains underutilised, leading to building up of congestion over a period of time. The use of reverse timers at all points can help overcome this and ensure maximum flow of traffic with complete utilisation of the green phase. This would mean a reduction in journey time as well as air pollution levels.