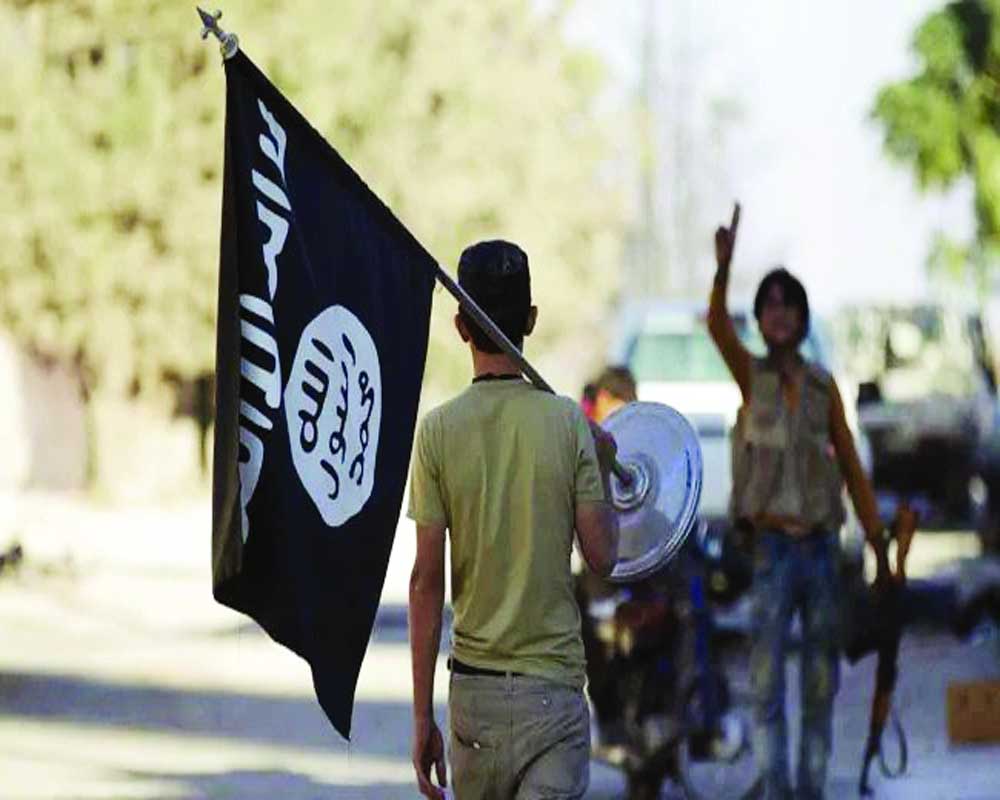 The three-day Ijtema organised by the Tablighi Jamaat last year points towards a larger trend of home-grown radicalism within the country. Radicalisation of the vulnerable must end

Few would have missed the videos of children (under 10 years of age) chanting azadi and abusing the Prime Minister and Home Minister for alleged animosity and evil intent towards one community. Since one cannot expect children of such tender age to have knowledge or understanding of the Citizenship Amendment Act (CAA) and the National Population Register (NPR), it is safe to conclude that family elders tutored them to express such visceral anger towards the Government.

A dangerous radicalisation of the Muslim community is being fostered — with deliberate intent — the consequences of which are yet to unravel. Barring perhaps Saudi Arabia, it is doubtful if even Islamic countries make girls of such tender age wear full abaya (head and neck covering). Certainly, it has not been seen in India before. This points to deep indoctrination of every family within a targetted area and does not bode well for the future.

On the one hand, it will intensify the ghetto mentality within the community. On the other, it will make other citizens wary of dealing with those who wish to leave or avoid the ghetto. This is a double-edged sword that can only harm the Muslim community in the long and short run.

Doubtless, a powerful section of the community is behind the radicalisation agenda, for reasons unknown. The first indication of this phenomenon came during the three-day Ijtema (religious gathering) organised by Tablighi Jamaat (November 30 to December 2, 2018), when 15 lakh Muslims gathered at Bulandshahr, Uttar Pradesh, though permission was given for only two lakh people. Many guests came from abroad.

The proceedings of this gathering are not known. It attracted national attention when some cows were killed in a village on the road to Bulandshahr. Police inspector Subodh Kumar Singh died in the violence that followed but managed to contain the situation within the affected village. The Ijtema concluded peacefully but analysts said such a large gathering should not have been permitted in such a sensitive State and by such an orthodox body. Tablighi Jamaat exhorts Muslims to strictly follow practices adhered to during the lifetime of the Prophet, especially in matters of dress and ritual. All traces of non-Islamic (syncretic) behaviour are to be erased.

This converges with a larger trend of home-grown radicalism within the country. After the Students Islamic Movement of India (SIMI) and the Indian Mujahideen (IM) were banned, the Kerala-based Popular Front of India (PFI) emerged as the successor militant body and spread to Tamil Nadu, Karnataka, Telangana, Maharashtra, Gujarat, Rajasthan, Uttar Pradesh, Madhya Pradesh and Bihar.

Experts expect the Islamic State (IS) to formally tie up with the PFI to entrench itself in India and reach Nepal, Bangladesh and Myanmar. Sri Lanka has already been radicalised by people who visited southern India before the Easter blasts in 2019. Several youth from Kerala have travelled to Syria, Iraq and Afghanistan to join the IS; others have been caught doing online propaganda for it. Intelligence agencies are aware that the IS is attracting youth in India and in May 2019, it announced a new “Wilayah of Hind” (Hind Province) without specifying its geographical limits.

The Counterterrorism Group (CTG) Analysis & Intelligence Report (November 2019) states that after being driven out of Syria and the Middle East, the IS asked its leaders to move to South-east Asia as almost every country in this region has deep ties to the Middle East. Its focus is on female domestic workers in Hong Kong and Singapore, who are vulnerable on various counts; Malaysia, Indonesia and the Philippines are next.

Female migrant workers are chosen because of their low (but stable) incomes, familiarity with English and wide network of international connections. Typically, they earn around $1.00 to $1.50 per hour and are often in need of financial help, for which they agree to join the Caliphate. English-speaking workers help the IS reach other demographics and regions. They help it acquire resources and intelligence from areas its members normally don’t frequent.

Migrant workers are easy to manipulate as they are poorly educated, live in an alien environment and are lonely. Radicalisation usually begins after a traumatic event such as divorce, financial hardship or culture shock. The recruiter contacts the most vulnerable and offers a secure, romantic, and loving relationship; soon the migrant is invited for training via online chat rooms. Often migrants are recruited by fellow workers at a prayer group or social gathering on their day off. Some workers have been known to reach out to militants; they are quickly inducted into radical groups and groomed to become militants.

In a survey of radicalised domestic workers, the Institute for Policy Analysis of Conflict (IPAC) found that at least 50 Indonesian women working overseas as maids, nannies and caretakers for the elderly were radicalised by the IS and its affiliates. A study between 2013 and 2018 found that around 800 domestic workers from South-east Asia tried to enter Syria or Iraq to join the IS after being radicalised abroad. This shows the efficacy of the IS’ recruitment methods. IPAC has asked Governments to create mandatory training modules to educate migrant workers about the signs of exploitation and to help exploited victims.

In September 2019, Singapore arrested three Indonesian women domestic workers who promoted the IS online in their spare time, donated money to militants overseas and became so committed that at least one was ready to die as a suicide bomber in Syria. One Indonesian maid revealed that she listened to Salafi podcasts while working and an Indonesian butcher she met online encouraged her to go to Syria to join the IS. However, the Singapore authorities discovered her plans and deported her back to Indonesia in 2017.

Zachary Abuza, expert on IS in South-east Asia at the National War College, Washington, says the real stuff happens in dedicated chat rooms on encrypted apps — from bomb designs to active coordination. The female recruits serve as financiers, recruiters and coordinators; they collect funds from radicalised maids and send them to domestic jihadist groups. India is sitting on a tinderbox. When elementary school children chant obnoxious slogans against the nation and its top leadership, the masterminds behind the scenes should ponder what poison harvest they will reap from these toxic seeds. Azadi cannot hide behind the tiranga; India will never submit to further loss of territory.

(The author is a senior journalist)