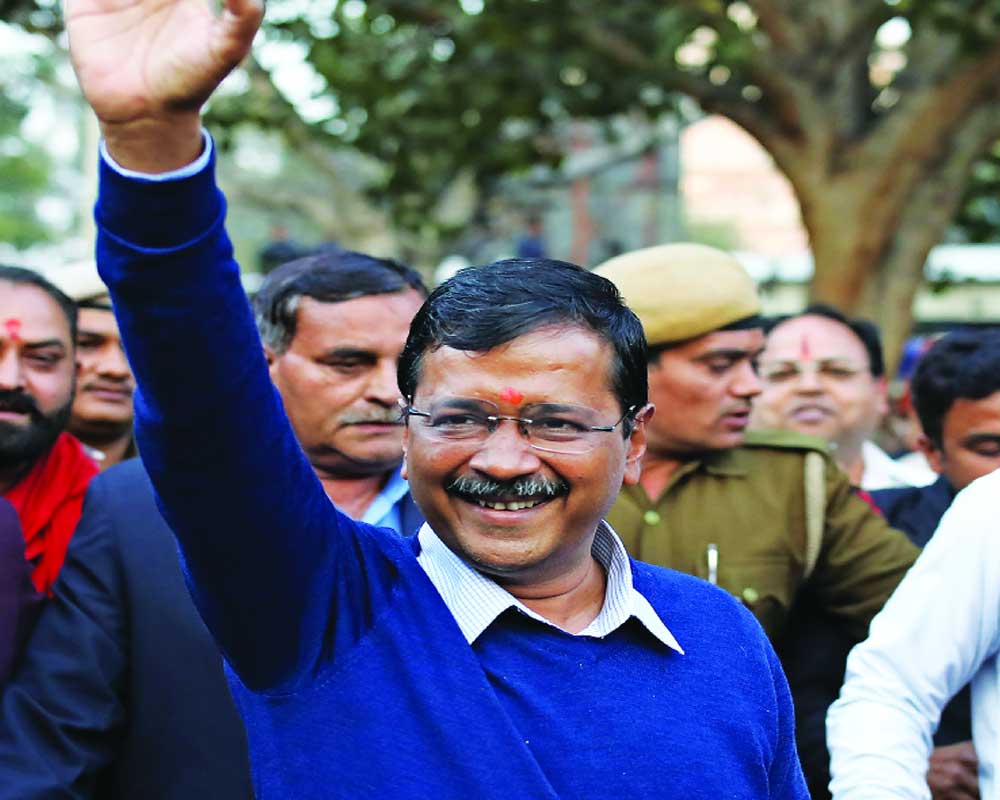 Without taking away any credit from the quiet resilience and perseverance of the Aam Aadmi Party (AAP), the real winner of the Delhi Assembly elections has been the Indian citizen. In a poll that was meant to be local but turned into a national referendum, they chose what they wanted to as Indians, scything through the hate politics and toxic rhetoric of the times, reclaiming the sensibility of what public life and politics should be, owning nationalism on their fingertips and showing the possibilities of plurality. And as Chief Minister-elect Arvind Kejriwal paid obeisance at the Hanuman mandir yet again, something that was mocked by the BJP earlier on in the campaign, he proved that Hinduism was not the sole custodianship of the saffron guild. And as the popular tagline of a steel major goes, Delhiites also chose development for themselves, the only capital that works to win hearts. Had this not been so, then there would be no faith left in the politics of performance and the needle would have swung back to the politics of opportunism. Finally, it was the culmination of the civil society movement that birthed Kejriwal in the first place. This was much-needed at a time when Delhi was besieged with the worst images of divisive politics that played out as brutal crackdowns on protesters against the citizenship law, on students who dared to dissent and on women who decided to lead a rights movement. And what a knockout punch Delhiites have delivered with their monolithic support to the AAP which hit the ball out of the park with 62 seats, losing only five seats from 2015. The AAP’s welfarist schemes on power, education, healthcare and housing, some of which have picked up global awards, have undoubtedly congealed people’s faith. Its reliance on the youth brigade, considered well-meaning and uncorrupted, have lent credence to the belief that they would be empowered to drive governance in a manner that no political party can. Still the naked display of majoritarianism and the BJP’s organised choreography of imagined threats to our identity did leave it worried, particularly in the last days of campaigning. Then there was the BJP’s juggernaut with Prime Minister Narendra Modi and Home Minister Amit Shah at the helm, unleashing a high decibel campaign. But Kejriwal sagaciously side-stepped every polarising trap set by the BJP. He didn’t attack Modi, knowing he still has a godman-like hold of the mass consciousness. He softly peddled his Hindu identity, inclusive as opposed to the BJP’s exclusive version. He shunned optics with the Muslim community while convincing them privately that it was a politically motivated design and that he would still be theirs. His cadres helped students hit by police brutalities. He didn’t oppose nationalist moves like abrogation of Article 370 or take a stand on the massive protests against the CAA and the National Register of Citizens (NRC), saying they were the purview of the Centre. And he pointedly stuck to concerns within the territoriality of the city-State, leaving out bigger issues like law and order since they didn’t come under his jurisdiction. This honesty and humility worked as a strategy. AAP 2.0 also relied on some staples of traditional politics, taking in turncoats, conducting live sabhas for a direct interface and a la Modi, asking dramatically, “Kejriwal vs who?” The impatient disruptor is now a mature politician and has become one with the winning ways of the Delhi durbar.

The BJP, which had made Delhi a high stakes battle, was grotesquely trapped in its own mesh. It’s a huge loss of face for a party which thought that the city’s 81.86 per cent Hindus, most of them refugees, would get carried away by its justification of citizenship and otherisation politics. And a wave in its favour would cascade to States awaiting elections next year. Thankfully, Delhi has thinking Hindus. Of course, the BJP continues to be a national party in the absence of a federal front, though it is quickly losing its States to strong regional satraps and is now confined to only an odd 30 per cent of the map. This will mean a new paradigm of Centre-State relations where stronger States will form a phalanx and could bring in resolutions against Central policies or create hurdles in their implementation. And though AAP has revived its aspirational designs, with calls of “associate with AAP for nation building,” fact is the umbrella effort hasn’t worked for any regional party so far. Neither have federal leaders been able to project a mutually agreed upon national face. They have to agree on a first among equals at some point. Which brings us to the Congress, pathetically down to four per cent of the votepie from nine in 2015. While it may claim it wilfully underplayed itself to defeat the BJP, fact is its vote shifted to the BJP as the AAP held on to its figure from last time. The time for its rebuild is over, it has now been relegated to becoming a C-team player, a realisation yet to dawn on its arrogant leaders. One doesn’t know if the Delhi vote of 2020 can be called historic or not but it certainly lauds the city’s exceptionalism in exceptionally turbulent times. Where karmayog rules dharmayog and Hanuman devotees are true Ram bhakts.