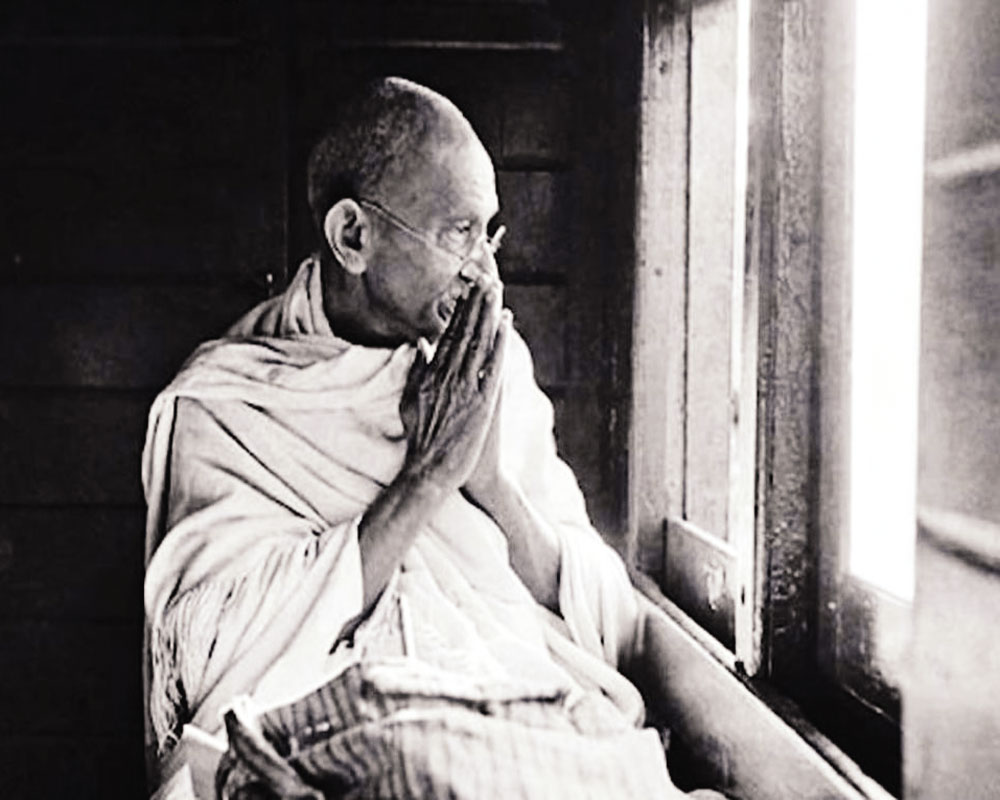 The coronavirus pandemic has changed many things in the world most of which are going to stay. At least for a considerable period. Not only did it ensure that the wheels of globalisation come a full circle, it also brought several realisations on the part of the humanity at large. The most important was that conservation and not consumption be the model for a sustainable growth and viable economy. In all this turmoil Gandhi stands vindicated. His ideologies, which could better be termed as practices, and also his economic thought. We are back to the basics and, more importantly, understand why it makes a lot of sense. If all the effects of pollution that we callously inflicted on mother earth in the last 50 years could be undone in 50 days, we must have become much wiser in this lockdown period. Gandhi had always been emphasising swadeshi and self-reliance. His swadeshi movement that caught the imagination of the masses during the Indian National Movement was in a way a game changer. It proved a very effective strategy aimed at weakening the British Empire and was a powerful tool in the hands of the Indian National Congress which was spearheading the movement. A few details of the Swadeshi Movement may help in understanding what it was all about. Gandhi had given a clarion call to boycott British products while advocating Indian products and production process. Though Swadeshi as a slogan had been a part of the overall strategy of the nationalists before Gandhi’s advent on the scene, it was the entry of Gandhi that gave the movement a shot in the arm and resulted in making it a mass movement. Incidentally, the first few Industrial Policy Resolutions of independent India had emphasised self-reliance and import substitution as the major goals. How we digressed is a different story all together, but this is a time to rethink and redo. What Gandhi exhorted and advocated some 100 years ago has once again become the mantra for India’s rise in the post Covid world. Gandhi had given a complete prescription for sustainable development of India and it included a self sufficient village economy and focused on local production of goods for local needs. As things unfold in the pandemic, we now see reason in what Gandhi had championed then. It is a grim economic scenario. Jobs and opportunities are dwindling and millions of migrant workers working in different parts of the country are forced to return to their respective villages. It is imperative to strengthen the village economy and start the process of revival. There cannot be a better strategy than making the villages self-sustaining units of Indian economy. As the former President of India Abdul Kalam had suggested in his PURA philosophy, that is, Providing Urban Facilities in Rural Areas. That is the essential first step. The rural infrastructure must support the strategies of growth and provide a conducive atmosphere for entrepreneurship development. Rural entrepreneurship has played a crucial role in development of many European and Asian economies. It is India’s turn now. Gandhi said that India’s soul lived in villages. We must now try to enrich the soul.