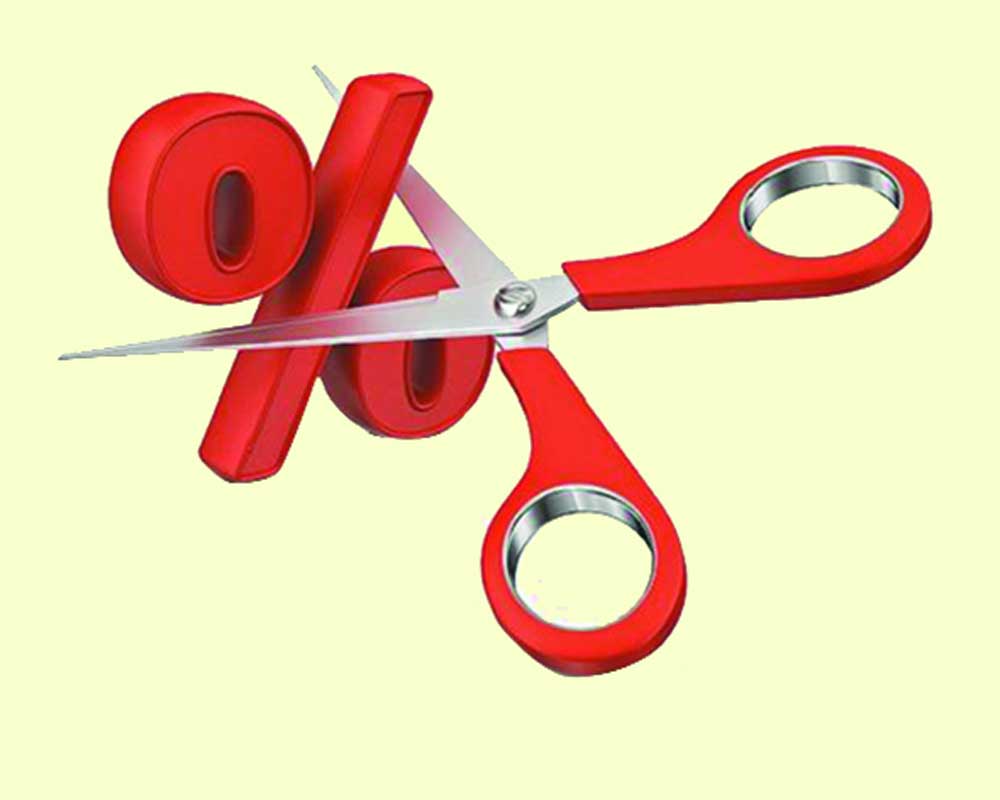 When the wheels of the economy on ground zero are stuck and there is little demand for credit, lowering of interest rates will not help in any way

First, Das warned that India’s real Gross Domestic Product (GDP) growth is set to contract in 2020-21 but did not give a specific forecast. He also cautioned that “while an early containment of the Covid-19 pandemic may impart an upside to the outlook, a more protracted spread of the pandemic, deviations from the forecast of a normal monsoon and global financial market volatility are key downside risks.” Furthermore, the MPC sees “upside risks to food prices and elevated headline inflation during the second quarter of the current financial year (July-September), which would ease in the second half.

Second, “in respect of MSME (micro, small and medium enterprise) borrowers facing stress on account of the economic fallout of the pandemic, lending institutions may restructure the debt under the existing framework, provided the borrower’s account was classified as standard with the lender as on March 1, 2020; this restructuring will have to be implemented by March 31, 2021.” The banks will have to make an additional provision of five per cent on restructured loans.

Third, large companies will also be eligible for one-time restructuring without declaring it as a non-performing asset (NPA) or requiring a change in the promoter/s. The borrower account has to be standard as on March 1. The decision on the restructuring scheme has to be taken by December 31 and restructuring must be implemented within six months. An additional provision of 10 per cent on the restructured loans should be made. An expert committee under KV Kamath will recommend to the RBI the required financial parameters, along with the sector-specific benchmarks for this special window.

Fourth, the policy repo rate — the interest rate charged by the RBI on loans it gives to banks — remains unchanged at four per cent. The reverse repo rate or the interest rate the banks get on their surplus funds parked with the RBI also remains unchanged at 3.35 per cent. Further, the RBI will continue with the “accommodative” stance of the monetary policy as long as necessary to revive growth and mitigate the impact of Covid-19, while ensuring that inflation remains within the target.

The first announcement is on expected lines even as intermittent lockdowns by States and associated disruptions in both supply and demand have dashed all hopes of a V-shaped recovery in economic growth (as alluded to by the Chief Economic Advisor, KV Subramanian during the initial stages of the pandemic).  Several agencies, including the World Bank and the International Monetary Fund (IMF), have projected a significant deceleration in growth.

As regards the second, this is an extension of the existing scheme of one-time restructuring introduced last year. That was applicable to restructuring plans implemented by March 31, (over 5,00,000 MSMEs had benefitted from it). Following a commitment given by the Finance Minister, Nirmala Sitharaman, in the Budget for 2020-21, the scheme was extended to December 31 this year. For a borrower to be eligible, his/her aggregate exposure, including non fund-based facilities, of banks and NBFCs (non-banking financial companies) should not be beyond Rs 25 crore as on January 1. Further, the borrower’s account was in default but was a “standard asset” as on January 1 and continues to be classified as a “standard asset” till the date of implementation of the restructuring (according to an RBI notification in February). In addition, the borrowing entity is GST (Goods and Services Tax) — registered on the date of implementation of the plan except those that are exempt from GST-registration. The RBI has now further extended this to restructuring plans implemented till March 31, 2021 with some relaxation in the conditions.

The exposure limit, including non fund-based facilities of banks and NBFCs to the borrower, should not exceed Rs 25 crore as on March 1. Further, the account should be standard as on March 1 (against January 1 earlier).

Via the third announcement, the RBI has extended huge relief to large corporates, too. Unlike the existing arrangement under the Insolvency and Bankruptcy Code (IBC), wherein the loan account gets a NPA tag and the promoter stands no chance of retaining the firm, the proposed one-time restructuring treats the account as standard and there is no change in the promoter/s. This special dispensation is meant only for “Covid-19 related stress” and the Kamath committee will have to ensure that the facility is not misused. In other words, all stressed accounts prior to March 1, as well as those which were unaffected during the pandemic, must be excluded.

With the introduction of the above one-time restructuring for MSMEs and corporates, the need for extending the moratorium on servicing of loans (this was initially allowed by the RBI for three months from March 1-May 31 and for a further three months ending August 31) automatically becomes redundant. While the latter was merely a deferment of the payment liability, the former offers concrete relief by extending the period of repayment, relief in interest and so on.

The Governor sees the scheme as a win-win for both, the lenders and borrowers. According to him, while this will enable the latter to sail through the crisis period without getting permanently impaired, the former’s balance sheet will look healthier (as this will put a lid on the NPAs) and they will be able to expand credit for supporting revival of growth. Hopefully, things pan out as per his wish. If not, the banks could be in for bigger trouble even as borrowers come up with more demand for restructuring.

Coming to the fourth announcement, Das has done the right thing by applying the pause button on the repo rate. Ever since he took charge (December 2018), the RBI has handed out a cumulative reduction in repo rate of 2.5 per cent, of which a 1.35 per cent cut was prior to the outbreak of Covid-19. Despite this, during 2019-20, growth in the GDP hit a low of 4.2 per cent.

This was because other factors such as compression in demand (due to massive loss of jobs and decline in incomes) and increasing risk-aversion of banks to lending (during 2019-20, bank credit grew by 6.1 per cent, down from the 13.4 per cent growth during 2018-19) were at work.

Apart from these factors coming in the way of spurring growth, even the cut in the repo rate was not fully transmitted (according to Das, reduction in lending rate was just about 0.6 per cent), thanks to the high cost of the banks’ funds (an overwhelming share of these comes from public deposits of varying maturity) on the one hand and high NPAs on the other.

Both these factors make the lending rate downward inflexible. After the Covid-19 crisis, the RBI has reduced the rate by 1.15 per cent (0.75 per cent on March 27 and 0.4 per cent on May 22) thereby bringing the rate down to a record low of four per cent. And this has come at a time when the intermittent lockdowns are simply not allowing economic activities to get into full swing. When the wheels of the economy on ground zero are stuck and there is little demand for credit, how will lowering of its cost (interest rate) help?

At this juncture, therefore, it makes no sense to keep lowering the policy rate. It sounds like the driver is merely pressing the accelerator while the car is in the neutral gear. He will only end up burning fuel without any outcome. Far from any help in giving a boost to growth (as the real bottlenecks lie elsewhere), this will do collateral damage. For instance, each time the RBI cuts the policy rate, it expects banks to follow suit. This will propel the latter to pay less to depositors on fresh deposits or when the old ones come up for renewal.

The RBI may have paused now but by maintaining an accommodative policy stance, it has kept the door open for a rate cut in the future. This should be avoided. Instead, it needs to work on other fronts such as credible measures to reduce NPAs, goading banks to be proactive in looking for viable projects for funding (money is not a constraint as the measures announced by the RBI on March 27/April 17 have made available plenty of liquidity to the tune of Rs 5,00,000 crore), step up investment by the Government, especially in infrastructure and so on.

By propelling demand — both investment and consumption — and helping businesses run, this will also help reduce the cost of “one-time” restructuring and bring about a real improvement in the banks’ balance sheet in the near term. Meanwhile, all-out efforts should be made for early resumption of economic activity even while strictly complying with Coronavirus-related protocols and guidelines.