Blowing in the wind

Blowing in the wind 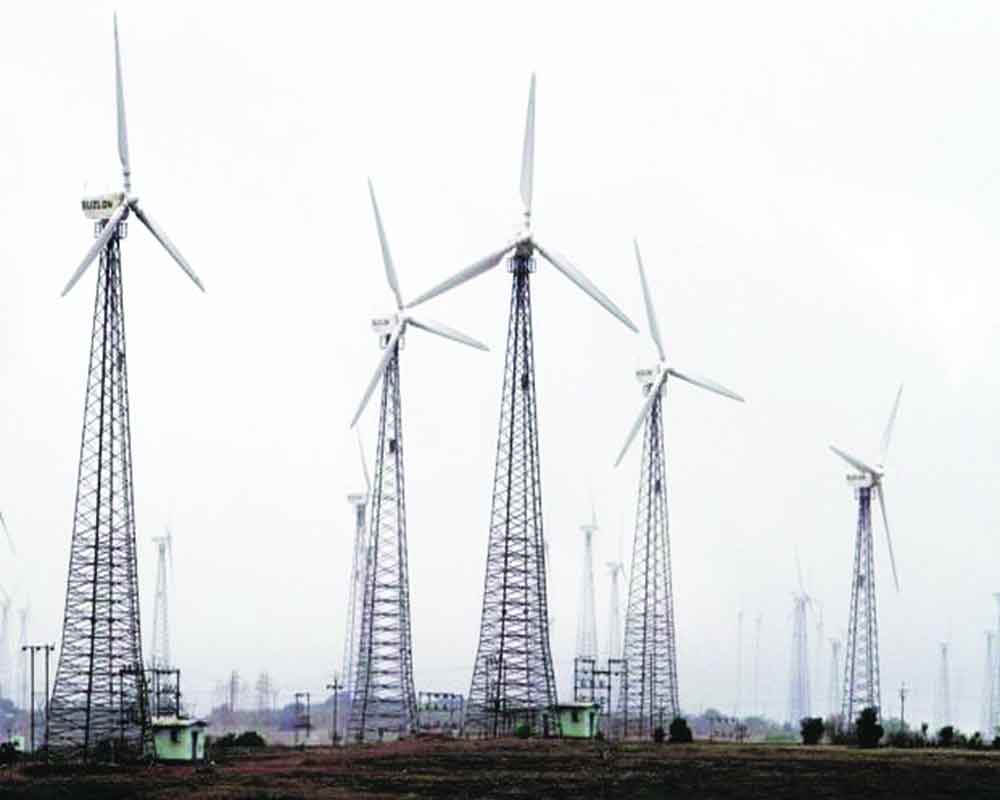 Wind energy can not only help achieve a sustainable future but also meet economic and social objectives. India must make the best use of this opportunity

India has ambitious plans for investing in wind power. A recent news report indicated that the Government announced its aim to set up 500 gigawatts (GW) of renewable energy capacity by 2030. This, it was indicated, would substantially reshape the global energy market dynamism and support the background of current plans to install 175 GW of renewable energy capacity by 2022, of which 60 GW would come from wind.

Currently, the largest capacity in wind energy is installed in China with a surprising second place being achieved by the US.  Interestingly, the State of Texas, which has been a pioneer in the development of hydrocarbon resources and supply, is today leading all the States of the US in terms of wind energy capacity. This is clearly a reflection of the economic attraction of tapping wind energy in a State where oil and gas have been in favour for many decades now. The third place among countries with wind energy capacity is occupied by Germany and India follows in the fourth place.

It is particularly significant that Denmark is the leader in wind energy innovation and has been harnessing to a remarkable extent the potential that exists in that country. In this respect, perhaps, Denmark features as the first country to develop and implement a strategy for building an energy system independent of fossil fuels. This renewable form of energy already accounts for more than one-third of the total electricity consumption in Denmark. What is particularly significant is that wind power has been integrated with the rest of the energy supply system.

It is anticipated that by 2021, Denmark would be able to achieve 60 per cent of the wind energy supply as part of its total energy from all sources. Denmark’s achievement has been the result of vision on the part of the Government, widespread public support as well as collaboration across various industries.  For instance, the Energy Innovation Cluster is Denmark’s cluster organisation and a network for innovation related to energy production. It facilitates collaboration among companies and sources of knowledge, such that the country uses the latest technology and creates innovative solutions that help society at large. Can India achieve a similar place in the world on technologies, which would define the future of human activities?

Recently, the world’s largest floating wind turbine began generating power off the coast of Portugal. This involves connecting the first of three 8.4 megawatt (MW) turbines.  The project itself is connected to a substation in Portugal through a 12-mile cable, which is secured with chains to the sea bed 100 metre below. The benefit of a floating offshore installation such as this is that wind speeds are generally much higher in those locations which are a distance away from the coastline and the cost of a floating installation eliminates the need for anchoring the wind energy platform to the bottom of the sea. The prospect is that perhaps more than a dozen additional floating offshore wind projects may be commissioned in Europe by 2022, even though there are some concerns about overestimating wind farm capacity offshore.

The developments in wind energy technology bring out the power of innovation and the underlying direction that visionary management and Government policies can provide. It was decades ago that as the Minister of External Affairs,  Dinesh Singh had asked this writer a question on what prospects exist for wind energy in our country. The Minister was apparently interested in wind as a source of energy and had possibly been reading some material on this subject.

A detailed assessment was carried out by this writer on the scanty information available on wind speeds in different parts of the country and a conclusion reached that wind energy probably had no potential in India given the unsuitable wind speeds and unsophisticated technology of the time. Indeed, for several years, wind energy developments made no sense for us but with the evolution of technology, particularly the economies of scale that were built into large-scale turbine units, the economics of wind energy technology has been completely transformed.  Encouraged by the developments of the past three decades or so, this is an area where major developments should take place in the next 10 years or so worldwide and in India.

China recently confirmed plans to build the world’s biggest wind turbine. This innovation would be in collaboration between GE’s renewable energy division and a local organisation, which would establish the 12 MW offshore wind turbine in Guangdong province in China.  Unfortunately, India has not yet taken the lead in coming up with innovations in this field, nor is there any evidence of indigenous manufacture of state-of-the-art technology. India has a coastline of over 7,500 kilometres and very favourable wind regimes in several offshore locations but mindsets continue to believe in expanding the use of fossil fuels.

Recent developments, with the US having targetted an Iranian General located in Baghdad, would lead to a hardening of global oil prices. There is a valid fear that any further escalation of conflict in the Middle-East could lead to further price increases, which would impact unfavourably on India’s already unsatisfactory rate of economic growth.

Earlier concerns related to energy security and the objectives of bringing about energy independence appear to have been given low priority as a result of a glut in the global oil market in recent years. At the same time, the negative externalities of coal production and consumption remain understated, with an expansion of supply, essentially to maintain coal as the major fuel for power generation in this country. There is a need, therefore, to articulate a long-term renewable energy strategy, which would also meet the objectives of the Government’s “Make in India” initiative. Wind energy developments will be an excellent candidate not only for India to achieve a sustainable energy scenario in the future but also as a means to meet a large range of economic and social objectives.

It is inevitable that the world would move away from fossil fuels largely for mitigation of carbon dioxide emissions, which are resulting in climate change world over. Hence, there would be a growing demand and a major market opportunity for nations, which innovate and produce equipment for harnessing renewable sources of energy. India has a growing opportunity to play a role in this market. It would be visionary on the part of the Government and the industry to treat this sector as a growing opportunity.